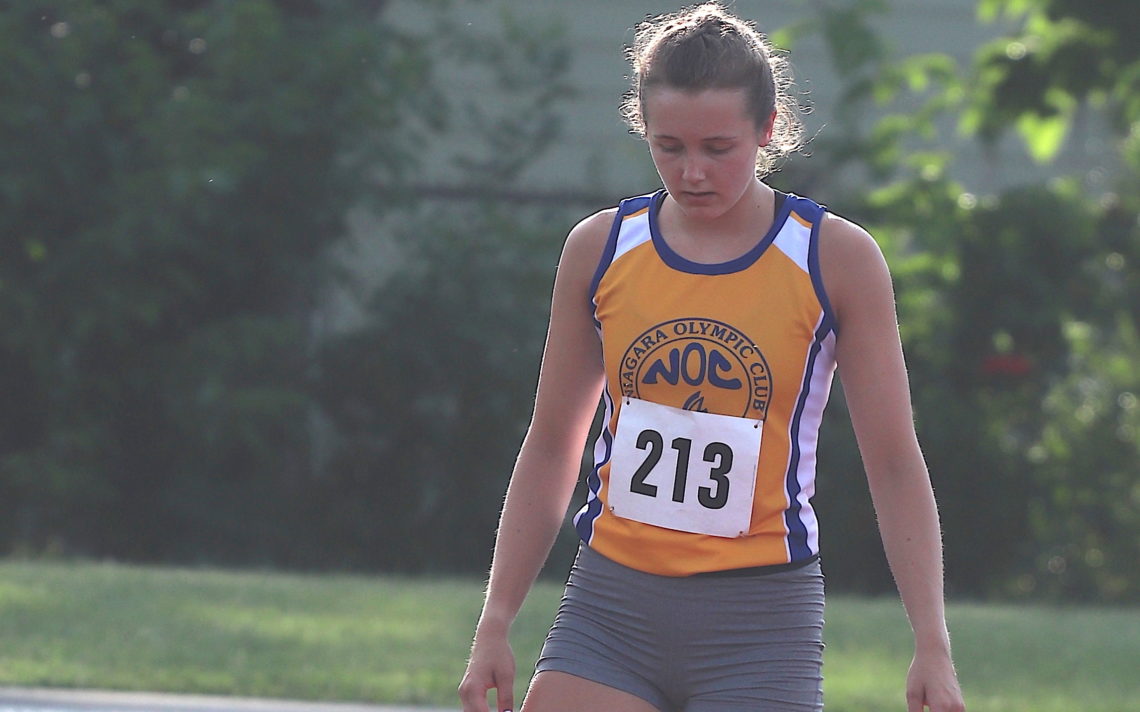 Abby Jackson has enjoyed plenty of success as a cross country runner.

The soon-to-be Grade 12 student at Westlane Secondary School in Niagara Falls placed 23rd out of 300 runners in Grade 9 at the Ontario Federation of School Athletic Associations’ championships and then in Grade 10 she was 43rd out of 260 runners at the provincial high school championships.

The 17-year-old Niagara Falls native had never seriously pursued the track and field portion of running until last fall.

“I was actually looking at the results from this (Niagara Olympic Club twilight) meet and I saw the times and I thought, ‘You know what? I think I have a chance and I want to compete.’ I have put all my time and effort into this and I am ready to race again.” 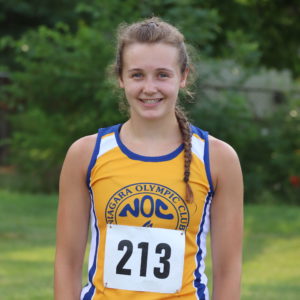 Jackson started training with the Niagara Olympic Club last October and Thursday night she was taking part in the 400 metres in the first of three 2021 twilight meets hosted by her home club.

It is safe to say Jackson has fallen in love with the sport of running.

“There’s no better feeling after a good race or a workout. They call it the runners’ high. It doesn’t seem like a very fun sport but it is the best time I have.”

“She just joined in the fall and she is a three-sport athlete and competes at a very high level in all three,” he said. “I would be confident that whatever sport you would put her in she would excel and do very well.”

Moore feels Jackson had all the attributes to be a success.

“She is a super hard worker, is very coachable and does anything you ask.”

Last week, Jackson showed her potential during an 800-metre race.

“She really hasn’t raced in over two years with the pandemic and she took four seconds off of her personal best,” Moore said. “I am expecting really big things from her.”

Jackson also plays travel soccer for fun with Niagara Falls United and hockey seriously with the Niagara Rapids AA program. She has no plans yet to focus on just one sport.

“As of right now, I am able to do all three. My schedules worked out pretty well but I don’t know if I will play soccer next year. I love hockey so I won’t quit that yet.”

She feels track is the sport that could take her the farthest.

“I think I have the best shot in that university-wise.” 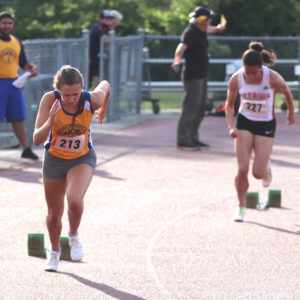 Like all athletes, the COVID-19 pandemic has been difficult on her.

“It has been extremely tough working out at home and going to the track by yourself,” she said. “It is a grind and a challenge mentally but it will only make you stronger.”

She persevered through the tough time with the motto ‘Dreams don’t work unless you do.’

“I just keep pushing myself through the hard times.”

Her short-term goals in track and field are to continue to improve her personal best times. She wants to run the 800 metres in under 2:20 and go under 57 seconds in the 400 metres.

In the long term, her goal it is to run for a university in Canada or the United States.

“I am not sure where yet but that is a big dream of mine.”

One thing she isn’t certain about is whether or not she will return to cross country running in the fall.

“It is too far,” she said, with a smile. “It is six kilometres and I would rather sprint or do middle distances.”