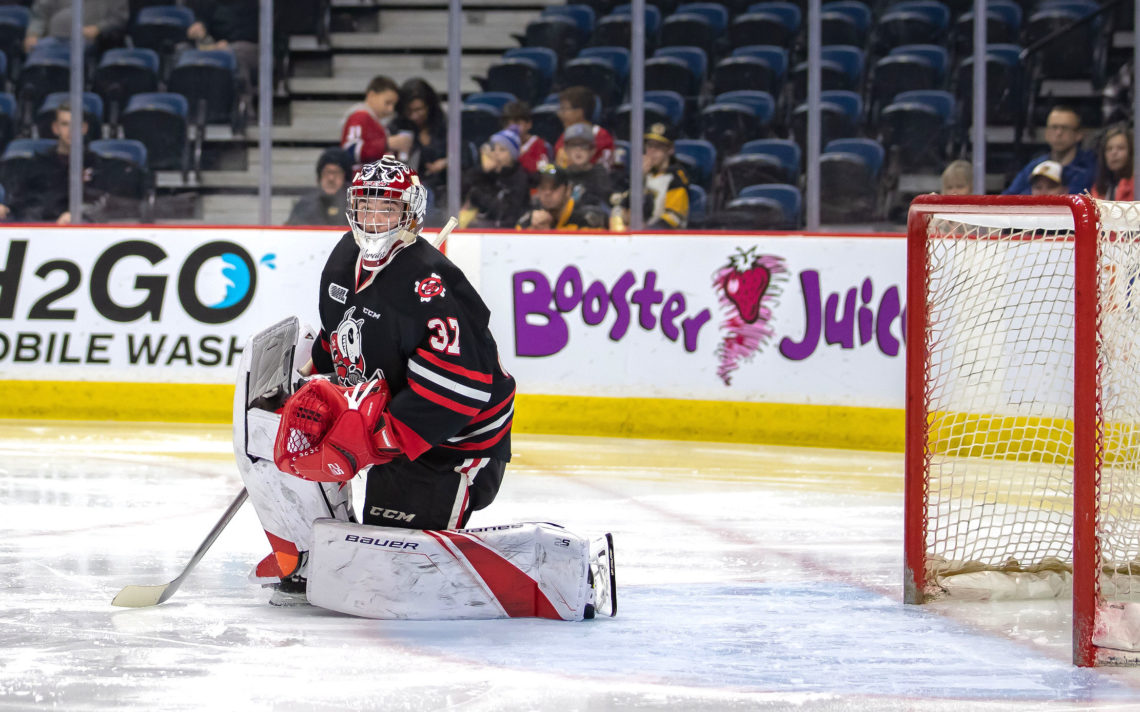 The Niagara IceDogs are placing their faith in Christian Sbaraglia.

With Stephen Dhillon graduated, the IceDogs have an opening for a No. 1 goaltender for the first time in recent memory and feel Sbaraglia is their man.

“Obviously just out of the fact Christian was here last year, he’s going to go in as the No. 1 guy,” IceDogs coach Billy Burke said. “He’s going to get first crack at it and it really is his job to lose, so to speak.”

Sbaraglia, an 18-year-old Mississauga native, was Niagara’s sixth pick (105th overall) in the 2017 Ontario Hockey League Priority Selection. He spent the 2017 season with the Omaha Lancers of the United States Hockey League and last season was the No. 3 goaltender for Niagara.

Sbaraglia is ready for the challenge.

“It’s unbelievable. It’s something I’ve been working for and something I was definitely aware of going into the summer,” he said. “(I have been) skating every day, working out every day, and the little things like stretching before you go to bed and after you wake up and taking care of your body as best as you can.”

He appreciates the team’s faith in him that he can be a No. 1 goaltender at the OHL level.

“It’s a blessing because if you come to work it’s there for you to take,” he said. “It’s not on anyone else, it’s all on you.

“My fate is in my hands and I like that. I feel like I’ve done a good job.”

Sbaraglia saw limited action last season complying a 2.96 goals-against average and .891 save percentage in four games while Dhillon saw the bulk of the work.

“It was definitely a great experience to come in and see how the guys do things and the things behind the scenes the fans don’t see,” Sbaraglia said. “With a team like this, I don’t see why anyone can’t (succeed). They do a great job of making my job easy and we have a lot of confidence going into the season.

“Stevie definitely took me under his wing. I’m extremely lucky about that.”

Burke likened Sbaraglia’s situation to Dhillon’s during his first season as the starting goaltender.

“It’s different not having Stevie here, that rock you could lean on and ride, but going into Stephen’s 18-year-old year he had played a little more than Christian had but he was very unproven as well,” Burke said. “He got that opportunity and stepped up and ran with it.

“That’s what the league is all about. We have a ton of confidence one of our guys is going to do that same.”

Tucker Tynan, who played last season with the New Jersey Rockets of the United States Premier Hockey League, and Josh Rosenzweig, a 16-year-old Toronto native who was the IceDogs sixth-round pick in 2019, are also in the mix.

Burke is well aware there will be growing pains, regardless of who is between the pipes.

“While they’re unproven in the OHL they certainly have a good pedigree and we’re excited,” he said. “We have some young guys who are going to play big roles for us and we want them to be confident and comfortable. Mistakes are going to happen. In terms of goaltenders, some weak goals are going to go it, that’s just the nature of the league and the way it is.

“It would be counter-productive to have the gun to any of our guy’s heads.”

Burke said defence with be a priority with so much inexperience in goal and on the blueline.

Training camp continues Thursday. The annual Black vs. White inter-squad game will take place at 7 p.m. and is free to the public.