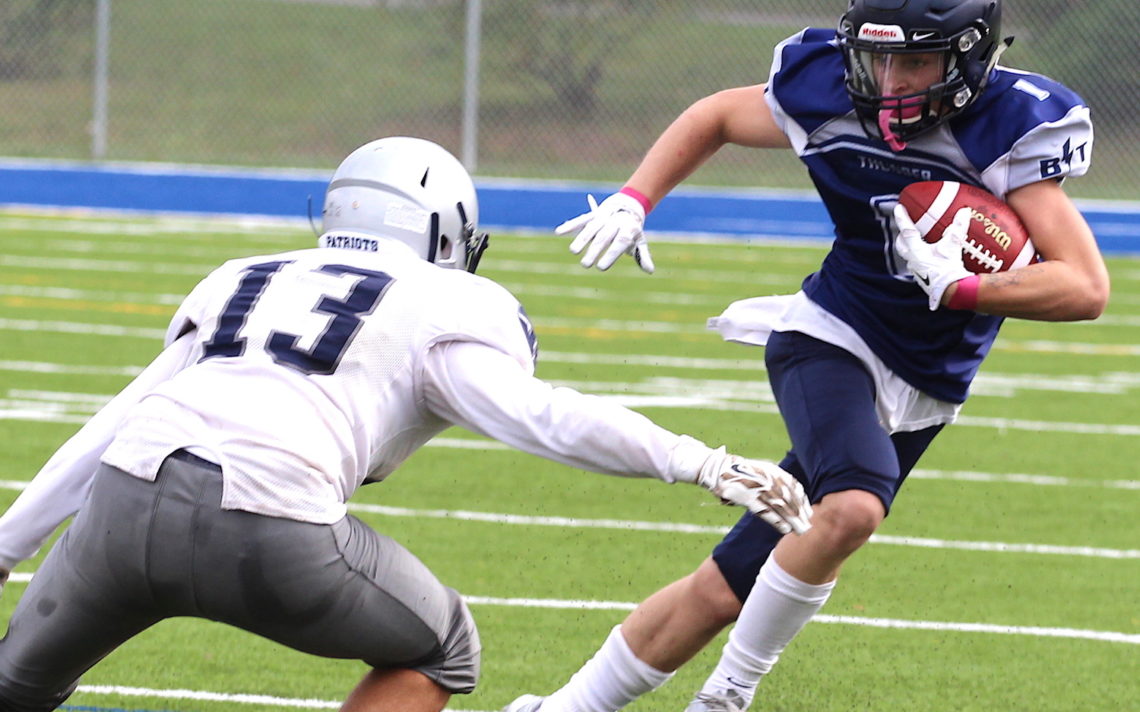 Isaac ‘The Athlete’ off to U of T

As a football player, Isaac McAlonan doesn’t like to be pigeon holed.

Last season with the Blessed Trinity Thunder senior football team, the 18-year was a running back, receiver and kick returner.

“I tell coaches that I am an athlete,” said the Grade 12 student, who last week signed on the dotted line to play scholarship football this fall at the University of Toronto. 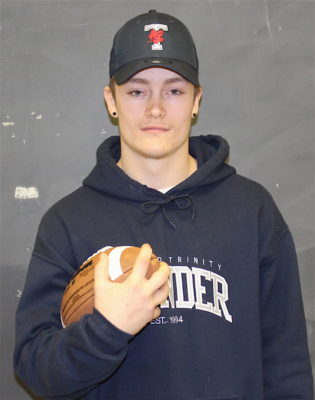 That athleticism was also evident last year when the six foot, 165-pounder tried out first as a running back for Team Ontario before eventually making the team as a receiver. Ontario would go on to win a bronze medal at the Canada Cup in Nova Scotia.

Blessed Trinity head coach Mark Antonelli had made good use of McAlonan’s ability to play in multiple positions for the last two seasons.

In a playoff game versus Denis Morris last season, injuries forced Antonelli to put McAlonan in at running back and he never looked back.

“Isaac was able to step in and play a position he hadn’t played all year and he made some big plays.” Antonelli said. “That springboarded him into his senior year where he became more of a focal point for our offence and had a lot of success there as well.”

This past high school season, McAlonan had a lot of success early in the year on offence and then the Thunder’s attack began to stagnate.

“Isaac was again able to step up  and take on a different role,” Antonelli said. “In my mind, he was the sole reason we were able to get in the (NCAA) championship game, not because he scored a touchdown, but he had the key block to set up the game-winning touchdown with no time left.” 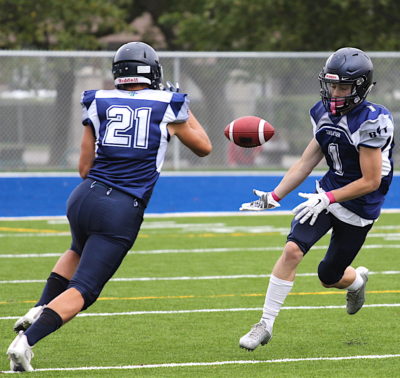 McAlonan started in travel football with the Hamilton Ironmen and then spent two seasons with the Niagara Spears before playing for Team Ontario last summer.

He has always dreamed of playing university football.

“It kind of sunk in once I hit Grade 10 and started having really good seasons; scoring touchdowns and winning championships,” he said. “Once Grade 11 came around, I tried out for the Ontario Prospect Challenge and I shone in that, winning offensive MVP.”

His play in that game had several schools, including McMaster, Guelph and Laurier, talking to him.

“That’s when I realized that things had actually happened,” he said. “My dreams were starting to come true.”

Chasing his dreams at the University of Toronto was an easy choice for McAlonan.

“I chose the University of Toronto mainly because of the opportunities I was given,” he said. “First of all, it’s a great education — it’s No. 1 in Canada and is up there in the top rankings in the world — and I will be able to pursue my goal of becoming a lawyer.

“From a football perspective, there are great coaches at the school and they will give me the opportunity to fully develop and reach my full potential and the big goals that I have set.”

He is ready of the challenge.

“Being able to fight for a job my first year is a great opportunity for me,” he said.

He has already started working out in hopes of securing a starter’s role.

“Once I get there, I am looking to get the playbook down as soon as possible,” he said. “Once I do that, I am looking to fight for a starting job, develop a relationship with the team and work my way towards having a great rookie season.” 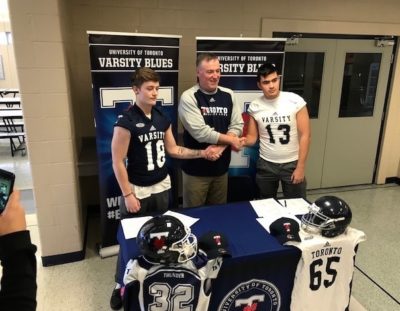 He knows he needs to get bigger and stronger.

“I have to continue to work hard and do the same things that I have been doing since Day 1,” he said.

Antonelli is looking forward to see what McAlonan and Thunder teammate Eddie De la Garza can do at the University of Toronto.