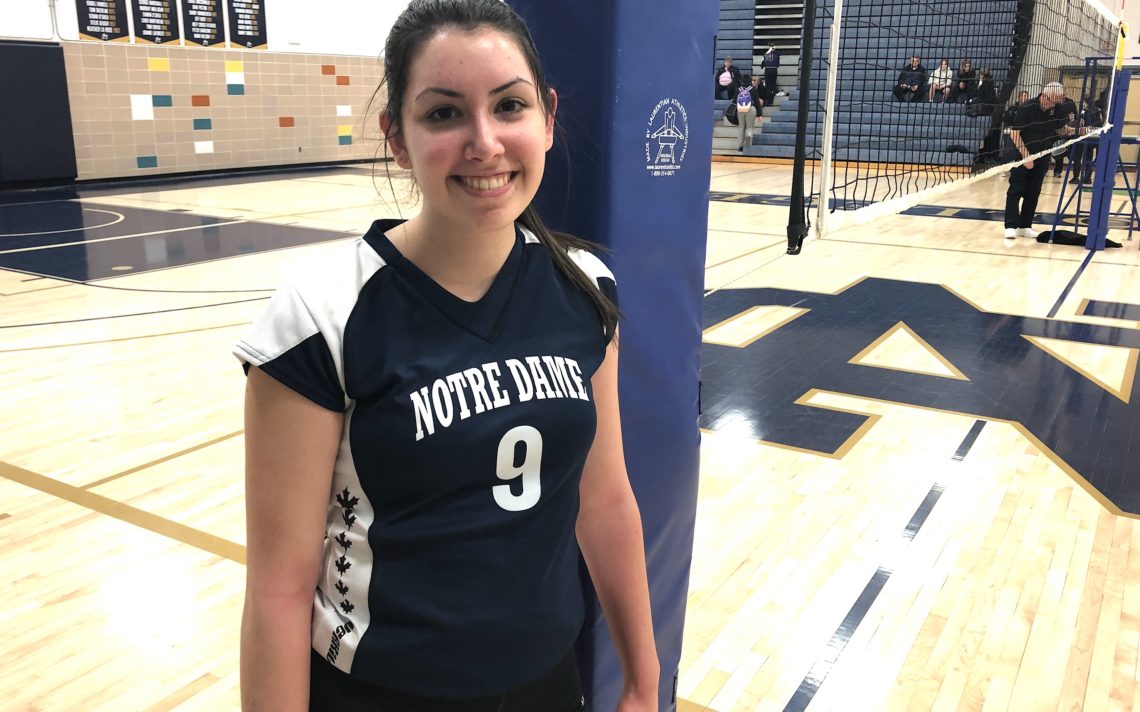 Sophia D’Agostino is a steadying influence for the Notre Dame Fighting Irish.

The 17-year-old, Grade 12 student is one of the Fighting Irish’s leaders, as well as someone head coach Ryan DeFoe can count on regardless of the situation.

“For being quiet, she’s very competitive and she just does things right,” DeFoe said Wednesday, following Notre Dame’s four-set win over the visiting St. Francis Phoenix in Niagara Catholic Athletic Association senior girls volleyball action. “She goes about it in a quiet way. She tips in the right spots, she’s not afraid to do that and takes what the team gives her.”

DeFoe, who has coached D’Agostino all four of her years at Notre Dame, appreciates her reliability.

“In volleyball, that’s one of the most important things you can have, some steady people,” he said. “When you get down or you get up, it’s very easy to let the pendulum swing too far one way or another. You need those people who can stay dialled in and keep in right in the middle and she’s definitely one of those.”

D’Agostino also plays club ball for the Niagara Fury and tries to use that experience to help the Irish.

“I play captain (with the Fury) so I really try and encourage the girls so everyone knows what to do and everyone is happy and positive,” she said. “Just good sportsman and cheering on all the players — we all have our ups and downs — and just being there 100 per cent of the time.”

D’Agostino’s leadership skills were on display Wednesday as the Irish had just seven players available which quickly shrunk to six when Taylor Smyth went down with a finger injury early.

“We were really nervous going into it because we weren’t prepared for that,” D’Agostino said. “We do have a full lineup with extras but we were able to work together and not get frustrated and we took the win.

“We just tried to push our way through it. We were feeling it at the end a little bit but we did what we had to do.”

DeFoe was impressed how his charges responded to the challenge.

“In volleyball, it’s really tough, because even if you have one person out of position, just by the nature of your comfort level of who’s beside you can really change things,” he said. “Altering lineups can have a real effect of the confidence of the team.

“This is the ultimate team sport so you want to be around good people. Fortunately for us, the six that showed up, five of them played their normal positions for the most part. “

The Irish improved to 6-1 while the Phoenix fell to 5-2. Both are chasing the undefeated Denis Morris Reds who lead the standings with a perfect 6-0 record.

“Up until we played them (DM) last week we hadn’t lost a set,” DeFoe said. “We’ll get a crack at them again. DM is a good team but I’m pretty confident.

“I went to SOSSA (Southern Ontario Secondary Schools Association) with pretty much this lineup a couple of years ago and they can be good when they are dialled in.”

D’Agostino, who turns 18 Sunday, would love nothing more than the end her high school career with a trip to the all-Ontario championships.

“We have to win our next two games and we qualify for SOSSA and then obviously our goal is to win SOSSA and then go to OFSAA (Ontario Federation of School Athletic Associations),” she said.

D’Agostino hopes to continue her volleyball career next year at Niagara College, where she plans to study culinary arts. 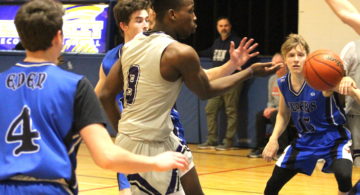 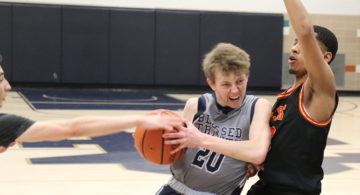