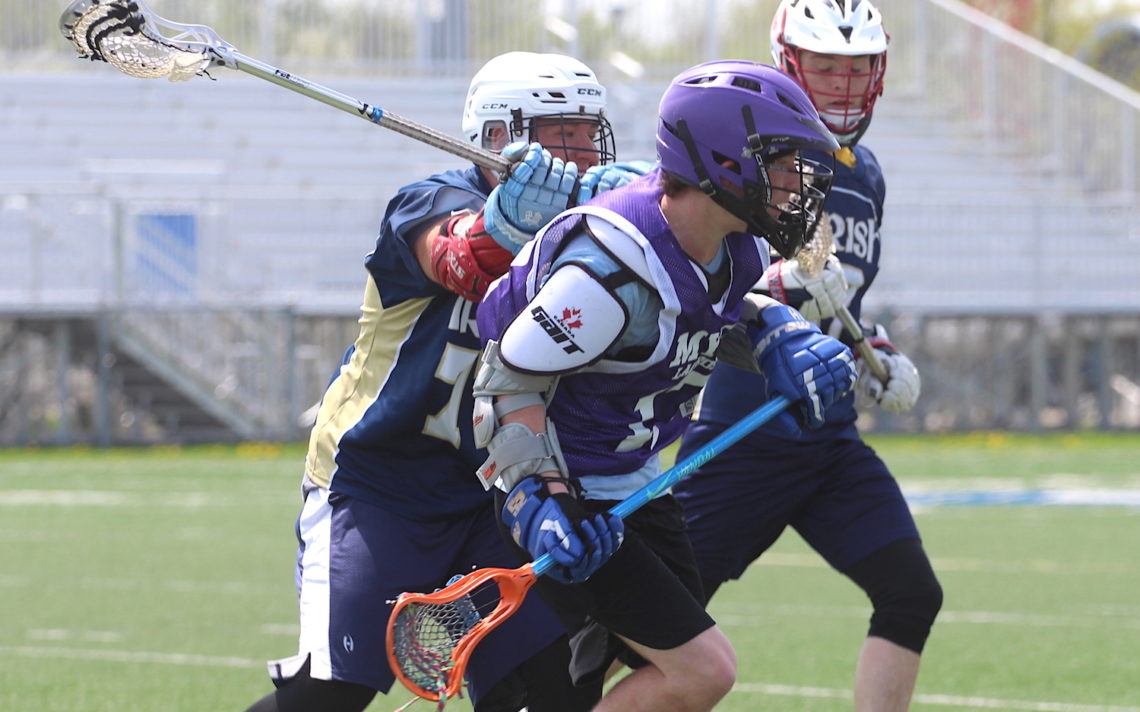 It would have been easy to think Wednesday’s Zone 3 boys AAA field lacrosse final was going to be a mismatch. 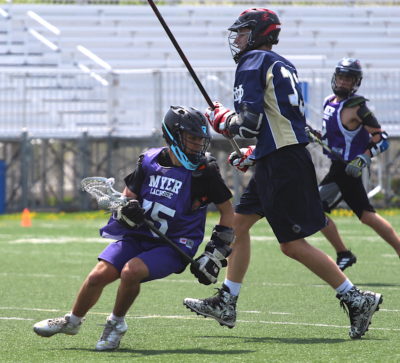 The Notre Dame Fighting Irish came into the game fresh off of defeating Denis Morris in the Niagara Catholic Athletic Association championship game last Thursday while A.N. Myer was 2-3 in Niagara Region High School Athletic Association league play. What made matters worse for the Marauders is that they showed up for the game without a single substitute.

“We usually have about 18 guys on our roster, but we had two guys suspended and I am not sure where the other guys were,” Myer assistant coach Cameron Peacock said.

In the end, the game came down to a last-second chance by Myer that missed the net and gave the Irish a narrow 6-5 victory. Notre Dame now advances to the Southern Ontario Secondary Schools Association championship game next Thursday versus Zone 3 rep Denis Morris. 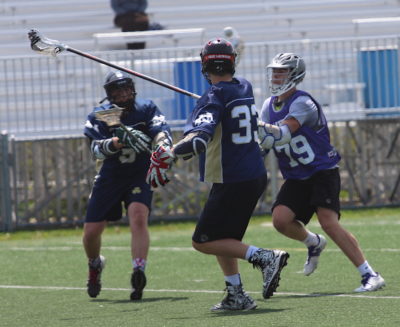 “Even though we were missing a few starters and a lot of guys don’t have a lot of outlets to play lacrosse, it was a pretty good outcome,” Peacock said. “We were down one goal with three seconds left and he (Trent Hunter) just missed the net.”

Notre Dame head coach Mike Hominuck wasn’t pleased with the play of his team and let it know that as the game progressed.

“I don’t know what it was, whether we thought we already had the game won, but it started with our game preparation,” he said. “We weren’t ready, we thought it was going to be a cake walk and Myer showed that they have a good team.

“They have a couple of really good players who can put the ball in the net.” 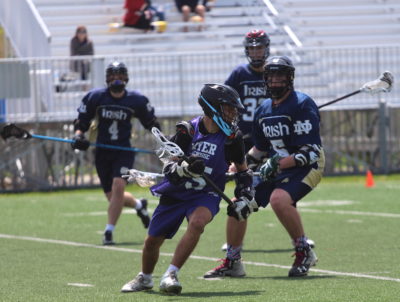 “We definitely underestimated them and I think we came out really slow and had to turn it on in the fourth,” he said. “It was almost too late, but we pulled it off.”

Brodie Thomas potted a pair of goals for the Irish while singles were contributed by Nick Rubino, Jordon Homan, Mason Ash and Max Brook. Brook’s goal was a pretty behind-the-back shot that ended up being the game winner.

Hominuck singled out the play of long pole Justin Porga for his defensive work against Hunter. 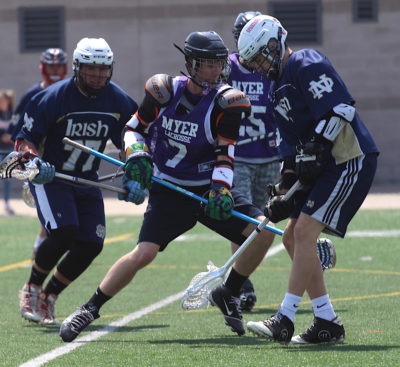 “He was our best player, because he guarded 79 (Hunter) quite well,” he said. “He played like a leader today, stripping the ball off of guys and taking it up the field.”

Porga had a simple game plan for Hunter.

“It was making sure he didn’t get into the middle because there was a good chance he would score if he got there,” he said. “It was pretty hard to cover him, but I had a lot of help behind me if I got beat.

“It’s his presence on the field and he is a very smart and methodical long pole who knows the game well.”

The Grade 11 athlete plays offence in box lacrosse for the Welland Generals and enjoys both versions of the sport.

“I like them both equally and it’s good playing both sides of the field,” he said. 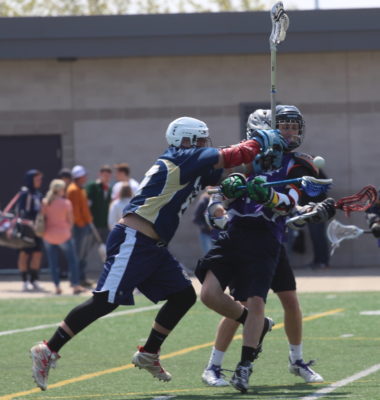 “It means a lot to me,” he said. “It’s really competitive, especially this year, and we have a really good chance at going to OFSAA (Ontario Federation of School Athletic Associations championships).

A field lacrosse scholarship would be a dream come true for Porga.

“It is always an option and if it happens I would be pretty honoured.”