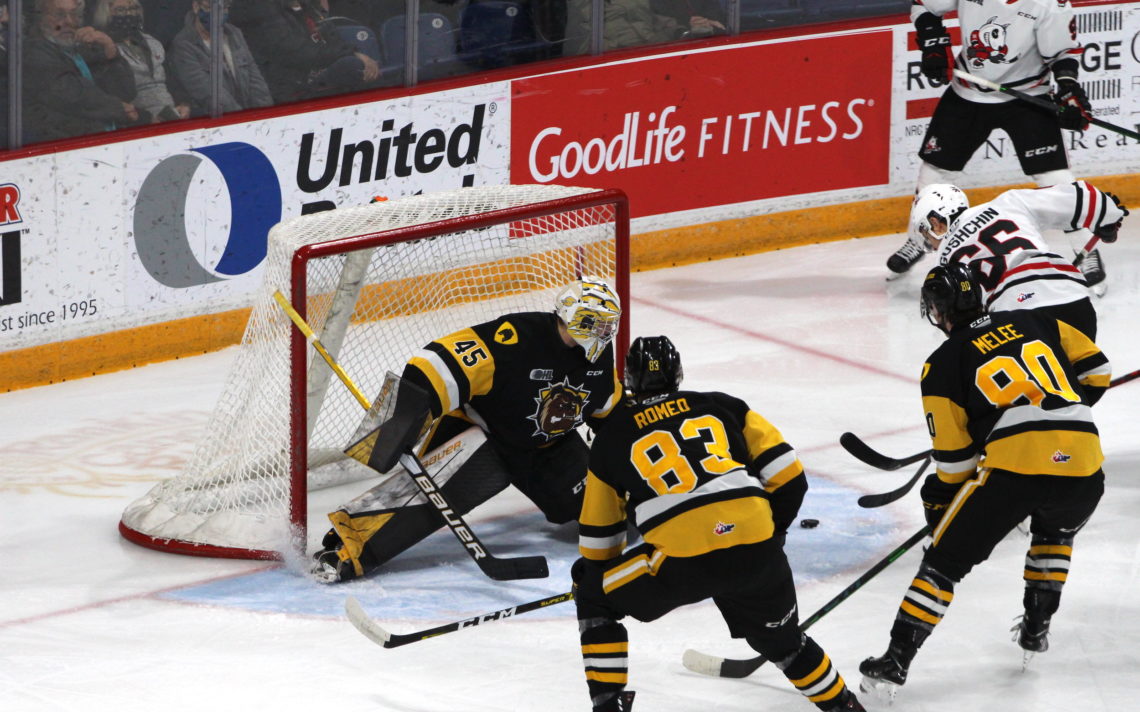 The Niagara IceDogs, mired in an extended slump, trotted out a different lineup versus the Hamilton Bulldogs Thursday.

Joseph Costanzo, Cameron Snow, Declan Waddick and Juan Copeland were all healthy scratches while defenceman Sami Douglas-Najem was added from Belleville of the Ontario Junior A Hockey League. As well, Niagara head coach Billy Burke confirmed veteran defenceman Mason Howard has requested a trade and is no longer with the team.

But while the deck was shuffled, the end result was the same as the IceDogs dropped a 6-3 decision in Ontario Hockey League action at Meridian Centre.

The IceDogs are now 5-13 and have dropped four in a row and 10 of their last 11 games. Their 10 points and .278 winning percentage are last overall in the league.

“Just continue to get balance and to build and get better and try to put a good lineup and get a big effort,” Burke said when asked about the changes. 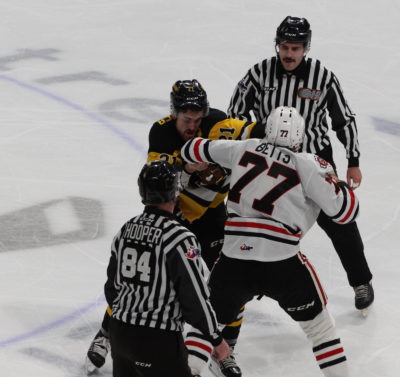 Burke said the changes were not done to send a message to the players.

“No, I don’t think so,” he said. “It was just trying to put the best guys on the ice to give us the best chance to win, really,” he said.

Burke said having so many extra players around and in and out of the line-up can be a double-edged sword.

“It can go both ways,” he said. “There’s competition to an extent but there’s some difficult moments and some unhappy guys, but it’s the OHL and those kind of decisions are out of our control and we have to live with them and make the best of everything.”

As for Howard, the over-age defeneman was injured early in the season and never seemed to find his groove once he retuned.

“It’s a tough situation unfortunately, but it was a bit of a mutual decision to part ways,” Burke said. “He’s gone home and we’ll do our best to facilitate a trade for him.”

Niagara had a solid enough first period as they split four goals with the Bulldogs but struggled in the second and fell behind 5-2 after two. 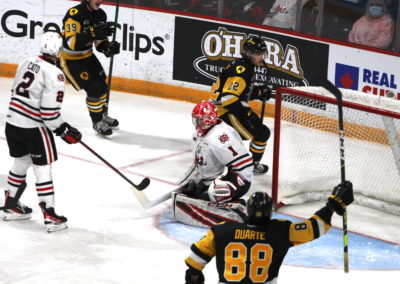 Ryan Struthers made it 5-3 with just under six minutes to play before the Bulldogs scored into an empty net.

“For sure. I thought we competed better for most of the game — not the whole game for sure — we still have little letdowns. We get flashes and there’s still a little bit of fragileness but I thought the guys were truly saying the right things and definitely saw some growth,” he said. “I know we don’t want participation medals and stuff like and I know it’s going slower than we want it to be, no doubt about that. But it is a process and hopefully we can speed things up a little bit, but we just have to work.”

Burke said the coaching staff continues to seek the right balance between pats on the back and kicks in the butt.

“I think as coaches we are working but we can always be doing more,” he said. “It’s a fine line of corrections and tough love, but also pats on the back. It’s tough to play with a gun to your head but we have to make sure we are toeing that line of accountability and trying to keep the big picture in mind for all of us.”

Up next: At Barrie Saturday. Home to Ottawa Thursday and North Nay Saturday. 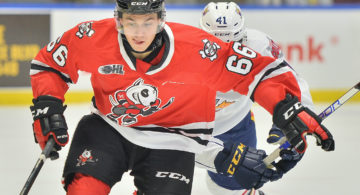 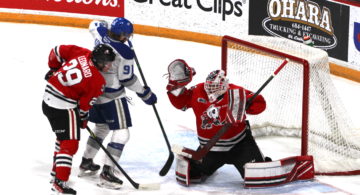 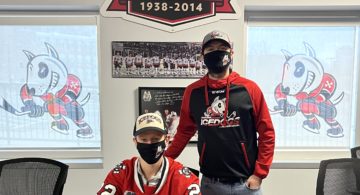