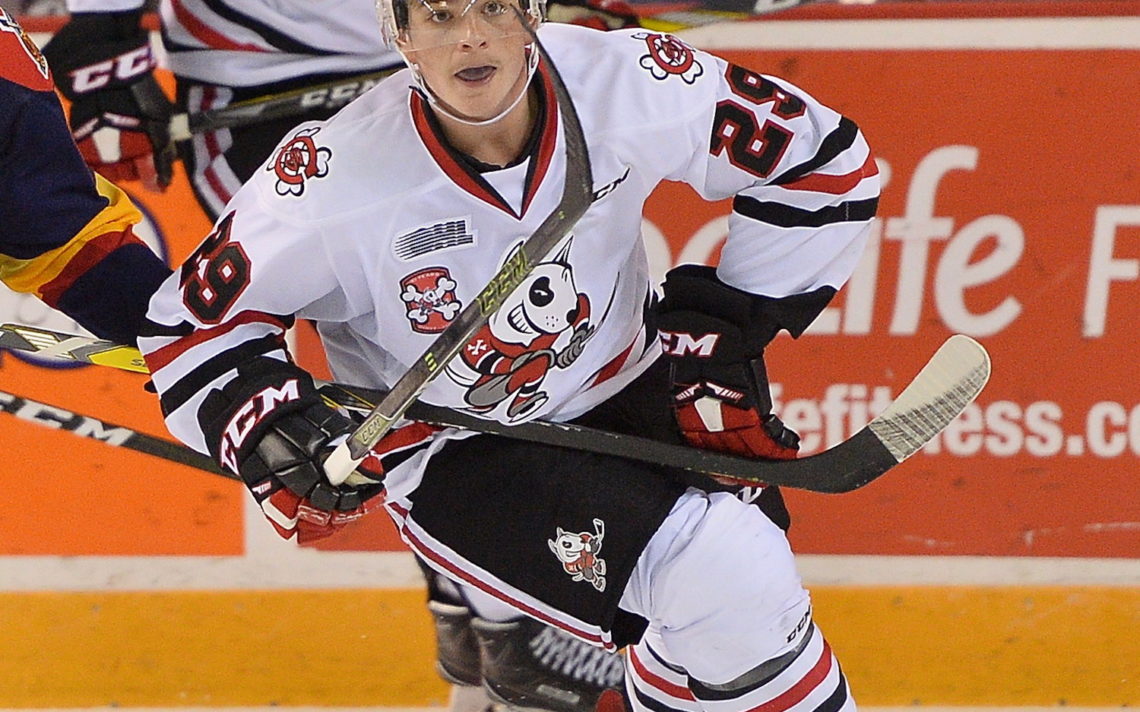 Liam Ham scored a goal as the Niagara IceDogs dropped a 3-2 decision in a shootout Wednesday in Owen Sound. PHOTO BY: TERRY WILSON/OHL IMAGES

The Niagara IceDogs rallied from an early deficit to earn a point in Owen Sound Wednesday.

The IceDogs fell behind 2-0 but rebounded for a pair of goals in the third period before dropping a 3-2 decision in a shootout to the Attack in Ontario Hockey League action at the Harry Lumley Bayshore Community Centre.

“To come back in the third and tie it up and then we hit a post in overtime, I’m definitely happy with the point,” Niagara head coach Billy Burke said. “I thought we were a little sloppy in our own end in the first and second but Stevie (Dhillon) kept us in there and gave us a chance.

“Owen Sound is a tough building to play in so we’re happy to get the point, but obviously disappointed we couldn’t get the other one (point).”

Owen Sound opened the scoring just over a minute into the game when Aiden Dudas scored a power-play goal with Willy Lochead off for an interference penalty.

“We’ve been trying to stress good starts and finishes to periods but when you have to kill a penalty right away against one of the top power plays in the league it’s dangerous,” Burke said. “The penalty kill rebounded but to give up a power-play goal in the first minute is not the start we had drawn up.”

Dudas made it 2-0 with his second of the game just over seven minutes into the second.

Niagara then went to work in the third period and tied the game at 2-2 on goals by Kirill Maksimov and Liam Ham before the period was six minutes old.

“We didn’t feel we threw enough pucks at the net through two periods so we wanted to get more shots on net in the third and get some momentum,” Burke said. “We looked a lot faster in the third. We weren’t watching so much and were able to make some plays and use our speed to claw back in it.”

The Attack outshot the IceDogs 42-21.

Niagara went 0-for-6 on the power play while the Attack had one power-play goal in five opportunities.

Niagara lost defenceman Zach Shankar for a questionable check to the head penalty in the first period. Shankar then dropped the gloves with Daylon Groulx who challenged him following the play.

The IceDogs were already without newly-acquired forward Adrian Carbonara, who was serving the first game of an eight-game suspension for a check to the head in Sunday’s game in Mississauga.

Burke felt it best not to comment on the ruling.

The IceDogs are off Thursday before playing host to the Ottawa 67’s Friday and the Mississauga Steelheads Saturday.