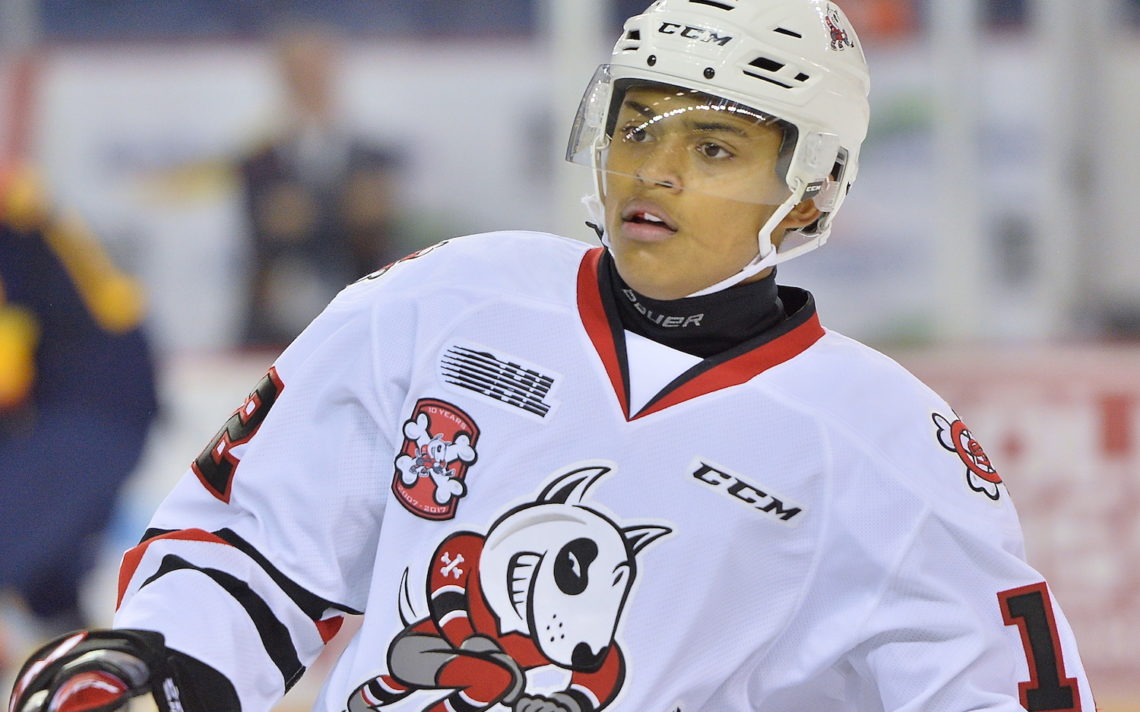 The Niagara IceDogs received scoring from a couple of unexpected sources Saturday.

Liam Ham and Bradey Johnson each netted pair of goals as the IceDogs defeated the Mississauga Steelheads 5-3 in Ontario Hockey League action at the Meridian Centre.

It was the second win in as many nights for the IceDogs who improved to 11-8-1-2.

“To be successful at any level, you absolutely need secondary scoring,” IceDogs head coach Billy Burke said. “You can’t be going to the (Kirill) Maksimov well every time or hoping the power play gets hot and can carry us to a win. We need others to be able to contribute for us.”

Johnson, a hard-working winger, and Ham, a steady, stay-at-home defender, now both have three goals on the season.

“Bradey and Liam really are two of the hardest working guys day in and day out,” Burke said. “They do so many little things in their battles and even their play away from the puck.

“Everyone wants to score goals so it was really nice to see those two guys especially rewarded for all the hard work they put in.”

The IceDogs fell behind 2-0 before the 12-minute mark of the first period as Owen Tippett and Nicholas Hauge scored. But Akil Thomas and Hamm replied with goals as the IceDogs fought back to make it 2-2 after one.

“Even when they went up 2-0 we were saying on the bench we felt Mississauga was a little off,” Burke said. “We felt if we stayed with them and stuck to program and got shots to the net, we would be rewarded.

“There was no secret formula. The guys stuck together and played hard and earned it.”

Johnson went to work in the second scoring a pair of goals just over two minutes apart halfway through the period to give Niagara a 4-2 lead. Ham and Mississuaga’s Trent Fox traded goals later in the period as Niagara took a 5-3 lead into the third.

The third period was scoreless.

Stephen Dhillon kicked out 26 shots for the win.

The IceDogs did a good job on special teams scoring twice with the man advantage in six opportunities while shutting down the Steelheads in their three power-play chances.

Burke said the two wins in 48 hours couldn’t have come at a better time with the team struggling of late.

“For myself, I know there has been a little bit of a weight lifted,” Burke said. “When things aren’t going well, it’s easy to think bad thoughts and wonder if you’ll ever win again. It was a big weekend for us.”

Niagara is home to the Erie Otters Thursday before heading to Flint Saturday and Saginaw next Sunday.