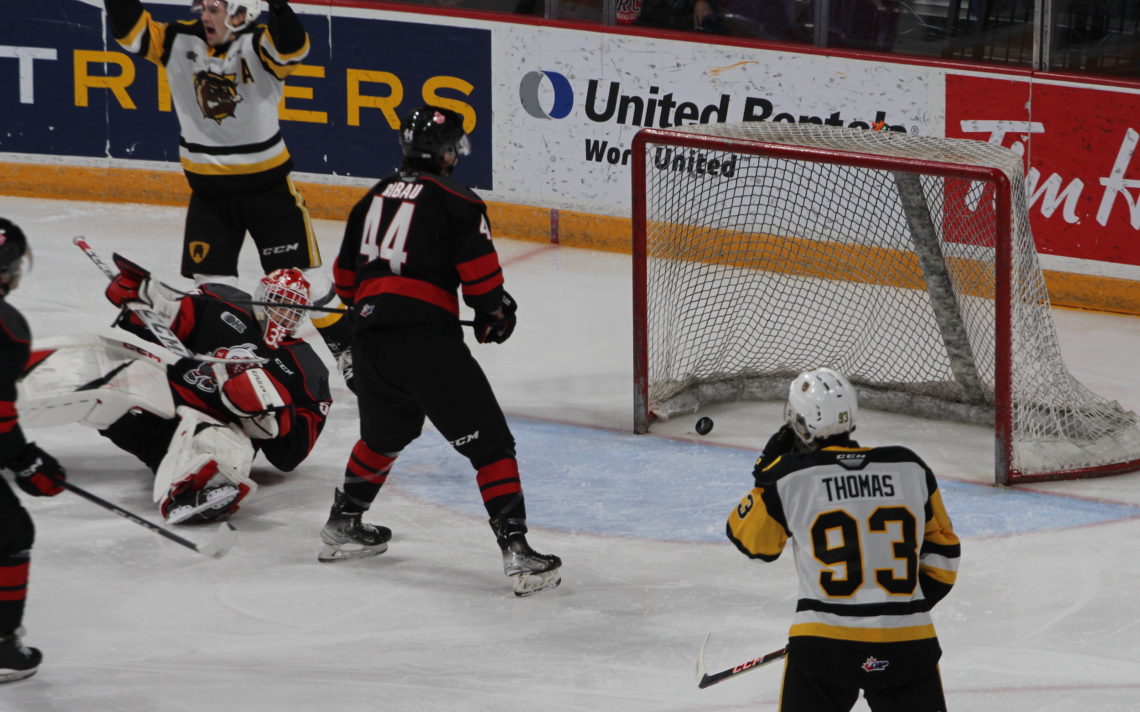 The IceDogs turned in a disappointing, mostly listless effort in head coach Ryan Kuwabara’s debut as they dropped a 6-2 decision to the Hamilton Bulldogs in Ontario Hockey League action at Meridian Centre.

The IceDogs were in desperate need of a spark all game, but had no one come forward and light the fuse.

“We had some good things and some bad things,” Kuwabara said. “Some inconsistency, our D zone is one area where we’re going to practise a lot.

“Coming in, I can’t change everything right away.”

Kuwabara, who was named head coach earlier this week taking over for interim coach Jeff Angelidis, played it calm and cool following an effort where he surely could have lost his temper.

“We had a great talk in there,” he said. “The guys, I kind of let them run the meeting. I don’t have to be a cheerleader. Just go around and ask the leadership group and they were bang on. They know what they need to do.

“We have to come together as a club and cut out some mistakes. I have full confidence in those guys in there. They’re going to come around.” 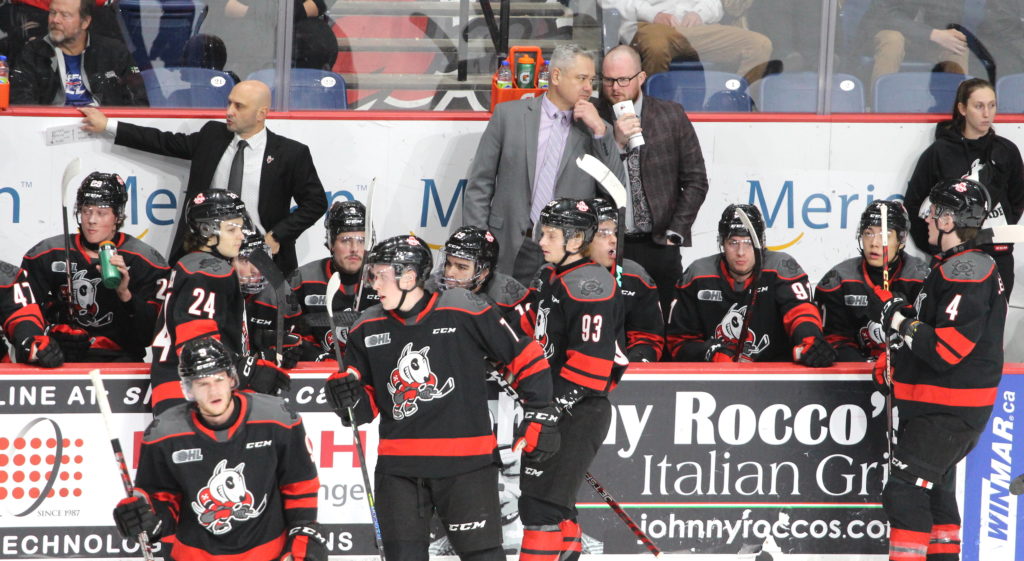 Kuwabara acknowledged the challenge the players are facing playing for their third head coach in 22 games this season.

“There’s some inconsistencies. You can tell with different systems, they’re just not sure,” Kuwabara said. “They get caught in different systems and different voices from the past. I don’t blame them for that. It’s not their fault.”

The IceDogs managed a paltry 24 shots on goal, including only two in the final 20 minutes, which included a five-minute power play.

“I think we have some good, skilled forwards. It’s just finding the right line combinations, finding the ability to make plays when we get into the offensive zone,” he said. “I don’t know how much time we had in the offensive zone today, probably not much. I told the guys the first 10 minutes of the third period we may have had one shot. That’s not good. We have to be better and we know that. It’s part of the process we have to go through.”

The IceDogs are in London Friday and Sudbury Sunday afternoon.

“We’re going to start now. It’s time to work. When you come to practice, there’s no passengers anymore. We’re going to hold each other accountable and get ’er going the right way.”

Outcome aside, Kuwabara enjoyed being back in the OHL. He had previously served stints as an assistant and associate coach Flint and Saginaw.

“I enjoy being with his age group because I think I can make an impact as they move forward on what it takes to be a good pro, whatever their endeavours off the ice might be too,” he said. “You want good people, good character. You want them to wear their heart on the sleeve a little bit.”

Next up: The IceDogs are in London Friday night and in Sudbury Sunday afternoon.