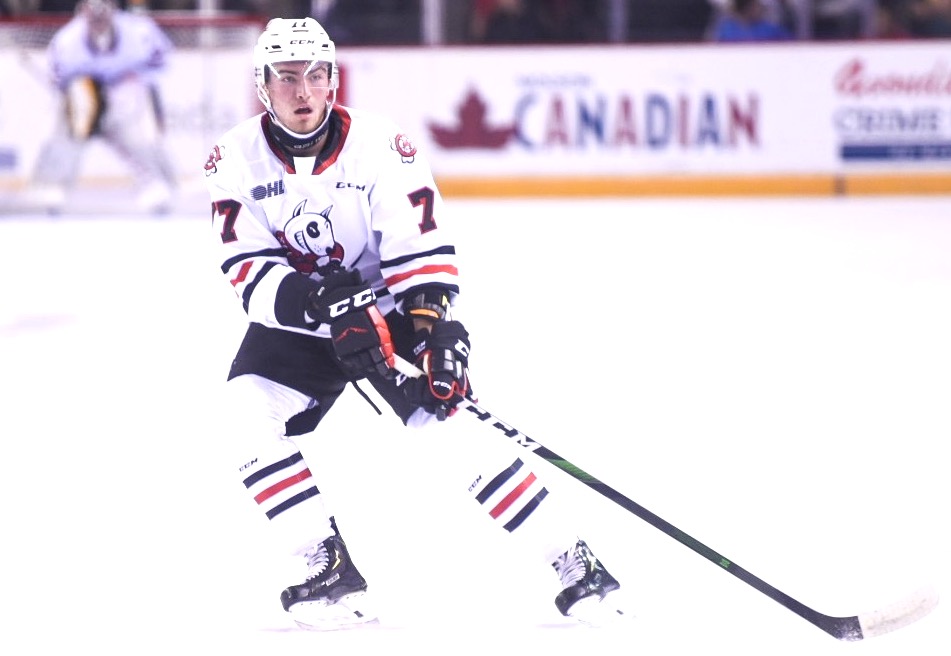 IceDogs by the numbers

The Niagara IceDogs are taking a unique approach in how they view the standings this season.

Rather than focus on their overall record or where they sit in relation other teams, head coach Billy Burke and his staff have broken the schedule down into 10-game segments for the players to concentrate on.

The goal is five wins and 10 points every 10 games, which would give the club a .500 finish for the season, very respectable in the first year of a rebuild. The staff also factors in other analytical data per segment.

The IceDogs collected three wins and eight points in their first 10 games and have a pair of wins and five points at the halfway mark of the second 10 games.

“It’s important for us to stay in the moment as best we can and not look too far ahead or too far behind,” Burke said. “We’re a little bit off the pace but if we have a good two weeks we can hit our goals and that’s really the focus for the team right now.”

Burke feels the approach helps the team — particularly the younger players — from becoming overwhelmed at the 68-game schedule and where are may sit in the standings at any particular time.

“It’s 100 per cent that way. Where we are (rebuilding), it really keeps us focused,” he said. “We’re not looking at what our past 10 might be, we’re just looking at what our last five is and what we have coming up for the next five. Even if the record is not good, or the last 10 games aren’t good, we’re just going to try and focus on what’s next.”

“I think that’s to be expected when you look at our team,” he said. “We’re five or six points out of first place in the division. I know it’s tight going the other way as well. That’s why it’s important we try and grind and grease out points when we can.”

The IceDogs face the Ottawa 67’s (9-4) Friday at home and then host the Mississauga Steelheads (4-9) Saturday before an afternoon game Sunday in Erie (7-5-0-2).

Burke indicated the plan is to use Ivan Lodnia, Oliver Castleman and Elijah Roberts as their three over-agers Friday with Drew Hunter sitting out.

The IceDogs will need to move one by the trade deadline Jan. 9.

“It’s a little bit day-to-day,” he said. “Over-agers are kind of hard. Everyone sort of has theirs and we thought we were set with ours. It was a bit of a curveball, but it’s a great curveball, to be able to put Ivan Lodnia into your lineup.

“It’s not ideal, but if something (trade) does come up and it works for everybody, then we would do it sooner rather than later. We haven’t put a timeline on ourselves.”

The IceDogs will be without rookie defenceman Isaac Enright for the next five games while he attends the U-17 Hockey Challenge. 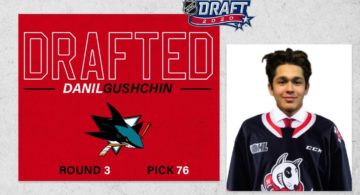 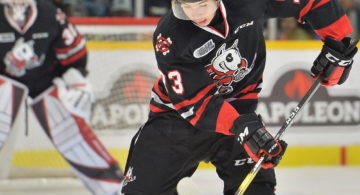 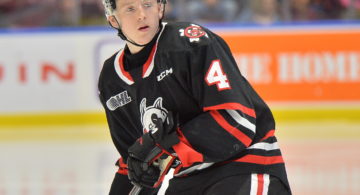