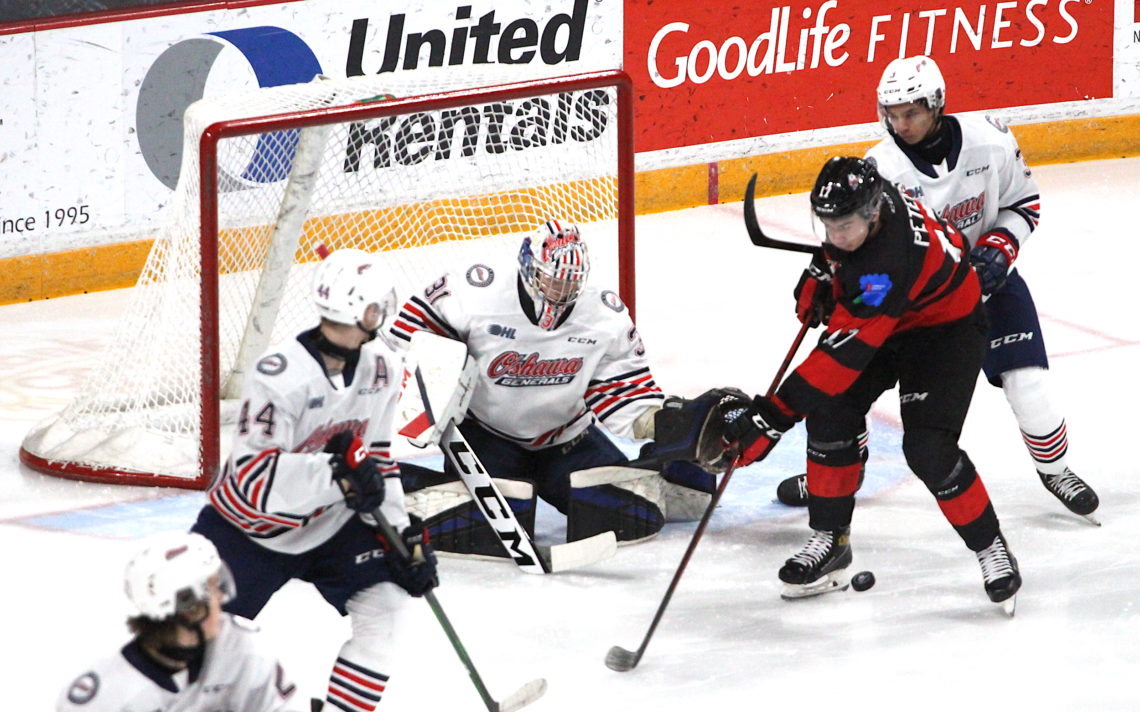 IceDogs back in the win column

Landon Cato’s first Ontario Hockey League goal could not have come at a more opportune time.

The 18-year-old defenceman’s inaugural OHL goal got the Niagara IceDogs off to a strong start en route to a 3-2 win over the visiting Oshawa Generals before a season-high crowd of 4,189 fans Saturday night at Meridian Centre.

Cato’s goal came just two minutes into the game and gave the struggling IceDogs a much-needed boost after losing their previous six games.

“It’s unreal,” a smiling Cato said afterward. “The weight on my shoulders was lifted. I’ve been waiting for three years it felt like now, and to get one so early in the game, just set the pace for our team and for me.

“They all knew how big of a goal that was for me and you could see the whole team pick up.”

“He’s been doing so many great things for us,” Burke said. “He’s transformed himself into a leader from his first year until now.

“He does a great job on the power play but that goal, the weight was lifted off him. I thought he played outstanding. I thought it was his best game as an IceDog.”

Cato said he takes pride in being a leader.

“The veterans on the team that were on the team last year and the year before, we know what it’s like to lose a couple of games and battle through adversity,” he said. “When we see adversity, we don’t run. Our team attacks it. We’re a young team and we’re talented so as much as we can attack adversity and build from adversity, I think we’re going to be great this year.”

The win was the first for Niagara since a 4-2 victory over the Mississauga Steelheads three weeks ago.

“I’m proud of the guys, proud of the resiliency. It’s never easy breaking a slump. A good team over there in Oshawa, so this one feels good tonight.”

The Generals rebounded from their early deficit to take a 2-1 lead after one. Danil Gushchin, just back from a two-game suspension, tied things up at 2-2 early in the second before Anthony Agostinelli scored the winner on a beautiful individual effort.

“He’s (Agostinelli) doing a great job for us killing penalties and playing a good energy role,” Burke said. “He’s always does the right things and is ahead of the play because he’s a smart player. He’s got great skill. I was looking at his stats today and was surprised.

“I think if he gets one and gets some confidence going, he’s doing it the right way. He’s still banged up and playing hard for the guys and it’s nice to see guys like that get rewarded with nice goals.”

The Gens appeared to tie the game but Ryan Gagnier’s short-handed goal at the eight-minute mark of the third was disallowed for goaltender interference.

“I don’t know how many times you can yell to keep going and not to sit back. It’s hard to win in this league and you have to learn how to do it,” Burke said. “Definitely some scary moments but good on the guys for hanging in there and good on Tucker (Tynan) for standing tall for us.”

Tynan had a strong game and was particularly sharp in the third period, kicking out all 16 shots fired his way.

Up next: The IceDogs are home to Mississauga Thursday. 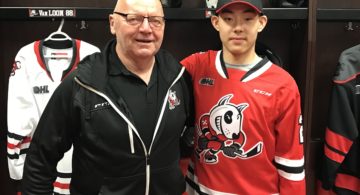