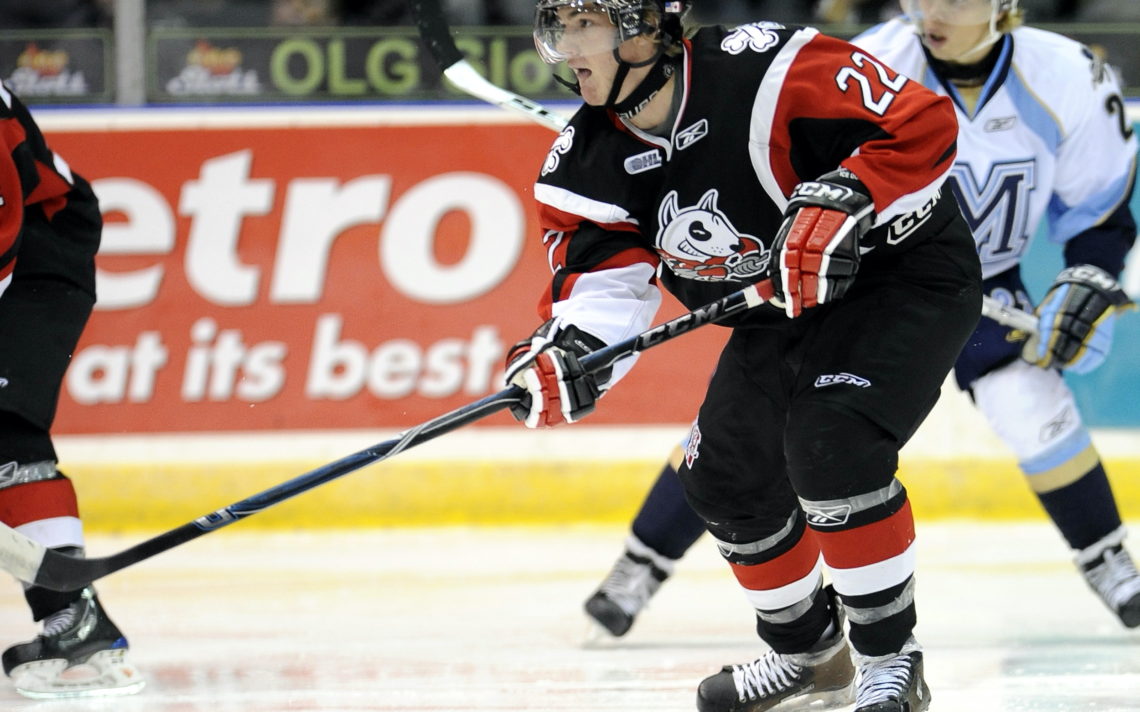 Fritsch was drafted by the IceDogs in 2009 and played his rookie season with Niagara before being dealt to the Owen Sound Attack the next season. The 29-year-old Brantford native also played for the Sault Ste. Marie Greyhounds and at the collegiate level with St. Thomas University and Wilfrid Laurier.

Since hanging up his skates Fritsch has been a development coach with his company, F7hockey. He has taken on a development/skills coach role for the Branford 99ers and Laurier University and is also a head coach in minor midget AAA.

“Andrew’s attention to detail and energy makes him one of the best player development coaches around,” IceDogs coach Dan Fitzgerald said. “Our players will definitely benefit from his expertise, knowledge, and coaching style.”

Racicot’s playing career consisted of stints at the junior B, junior C and senior A levels. Most recently, he has been an assistant coach for the Brantford 99ers of the Ontario Junior Hockey League. He has also coached at the junior B level and with the U14 OHL/OHF Program of Excellence and at various levels of minor hockey. 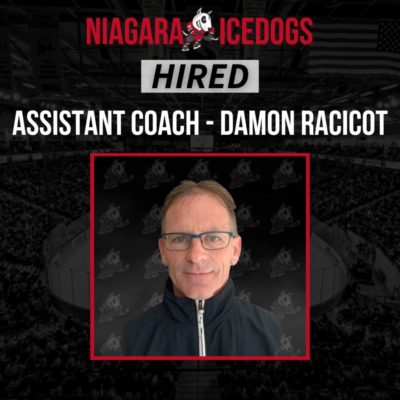 “Damon is a great hockey mind who invests in his players on and off the ice. He is a relationship builder and is an invaluable piece of our coaching staff,” Fitzgerald said.

For the past eight years Consorti has held positions as assistant general manager, head coach and assistant coach within the Brantford 99ers (OJHL) and Brantford Bandits (GOJHL) organizations. Before working behind the bench, Consorti had a four-year NCAA hockey career split between Niagara University and Elmira College.

“I would like to thank the DeDobbelaer family along with Mr. Gretzky for the opportunity to be a part of such an exciting process as we are ready to create a first-class destination for our players, fans and sponsors. None of this would be possible without the support of my wife Drew and son Coby,” Consorti said.

Fitzgerald also confirmed goaltending coach Jason Barron will be returning and one more assistant coach is still to be added.