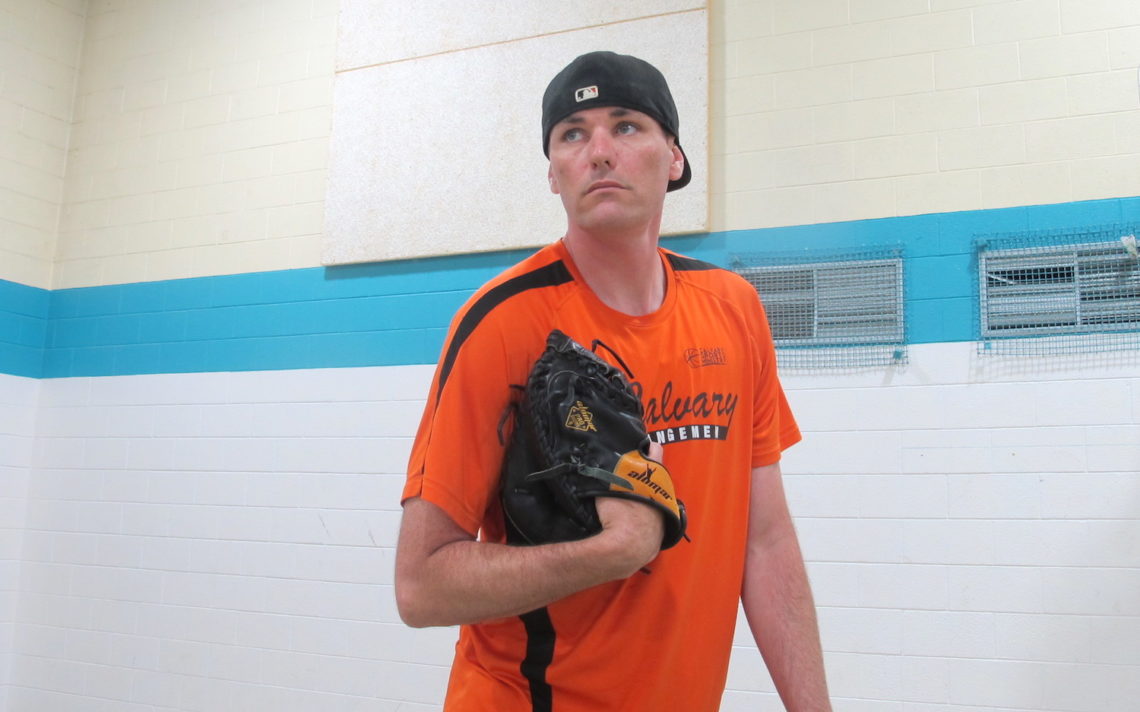 ‘I thought I was going to die’

Jason Pilkington’s attempted comeback represents much more than just another shot at a professional career in baseball.

Yes, the 37-year-old St. Catharines native is working out feverishly with the hope of getting in top shape so he can give himself the best chance possible when he attends an open tryout next spring with the Detroit Tigers.

Yes, it would be worthy of a Hollywood movie if he did defy the odds and somehow make it — Jim Morris made the Tampa Rays in 1999 as a 35-year-old in a similar story and the inspiration for the movie, The Rookie.

And yes, Pilkington, who was drafted in 2002 by the Chicago White Sox, wants to see if he can make it to the top after squandering his first chance.

But Pilkington’s attempted comeback is rooted in his upbringing, specifically an incident 20 years ago when he was a 17-year-old high school student.

His late father Dave, who passed away in 2009, sat Pilkington down one day and explained to him what he did for a living.

It was a conversation that forever changed his life.

“He was a convict. He did time for smuggling drugs,” Pilkington said. “When I was a kid, I didn’t know it but he was a drug dealer. He sold marijuana for a living. I didn’t become conscious about it until I was 17 when he introduced it to me. Up until then, I thought he was a computer programmer.

“It was a big shock he did that for a living. He told me to live in secrecy and that created the beginnings of an anxiety disorder. 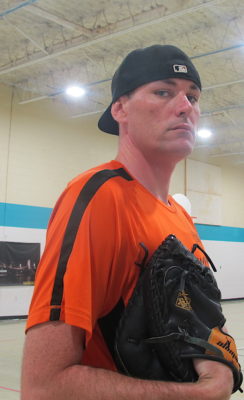 Pilkington says he dabbled in the drug occasionally and that it actually helped him with his anxiety. His grades improved in the short term, but he knew deep down it wasn’t right.

The anxiety grew — he became paranoid he was going to be arrested — and was constantly looking over his shoulder.

Somehow, Pilkington managed to put his personal life on the back burner and became a top notch track athlete.

He was so impressive he was offered and accepted a full scholarship from the University Of Georgia, where he studied exercise science and competed in track and field, winning the Letterman Award as a freshman for both athletic and academic success.

But then came more bad news. His father informed him he had terminal liver cancer.

To further complicate matters, his dad showed up one day at the school unannounced.

“I didn’t even know he was coming. He showed up and told me he was dying and he had one last wish and it was to play catch with me. I couldn’t even see to play catch I was balling so much.”

Pilkington said his father then proceeded to talk him out of his scholarship and devote his time to developing himself as a baseball player.

“I walked out. I didn’t even tell coach I was leaving,” Pilkington said.

His father enrolled him at Central Arizona State College where Pilkington spent two years and won a college World Series.

Scouts loved Pilkington’s potential. He was 6-foot-7, left-handed, and could throw around 90 miles-per-hour.

“I busted my ass and got drafted,” he said.

The Chicago White Sox took him in the 36th round of the 2002 Major League draft, but he had little contact with the team and ended up in independent ball, including a brief stint with the defunct Niagara Stars in 2003.

As his pro career progressed, Pilkington was thrown another curve. And again it was his late father who was on the mound.

After coming back from Australia in 2005 where he was playing winter ball, his father informed him he has set up a grow operation with his father’s inheritance at the family home and there would be no room for him to live there.

“I came home and didn’t have a place to go,” he said. “I had tremendous anxiety where I was throwing up daily because I’d think the police were coming because he would constantly tell me if I told anyone the police would come.”

All this after Pilkington was spending his salary during the baseball season to keep his father on the road with him.

“He was dying and every time I left him I thought that would be the last time I ever saw him,” he said.

His father died, his relationship with his girlfriend ended, and he didn’t know where to turn or what to do next.

“I remember walking down the street knowing I was having mental issues. I was having a complete and total anxiety attack at all times. I checked into the St. Catharines General Hospital and told a doctor what I was feeling.”

Pilkington drifted for a couple of years and then bottomed out.

“I was at a point where I couldn’t support myself and wasn’t able to pay for anything. I was at the lowest you could possibly imagine,” he said. “I went to my own family. My sister let me stay one night and then told me to get on my way. I was homeless for three days with my dog.”

Pilkington found a student rental, but things continued to deteriorate.

“I was rock bottom. I remember I was in the middle of a panic attack and I was thinking all these irrational things. I thought the police were going to come and kill me. I thought I was going to die.”

Out of desperation, Pilkington called his best friend.

“The number I called was buy best friend’s dad who is a member of this church (Calvary Church),” Pilkington recalled emotionally.  “He came, picked me up off the ground, and introduced me to the pastor.”

That night was the turning point in Pilkington’s life.

Pilkington joined Calvary and became a regular Sunday participant in the services. He was baptized July 20, 2014.

“I really started to read the bible and pray every day and Jesus came into my life and saved me. It sounds cliche, but it’s true.”

For the last four years Pilkington has been involved with the Calvary Sports Ministry where he works with young pitchers. He said he has trained hundreds of players.

“I’m using pitching as a model to show kids the story of Christ,” he said. “The overall goal is to lead kids to Christ and allow them to know they don’t have to go through life thinking they are doing things the wrong way because that’s not the message.

“The message is unconditional love.”

Pilkington feels his work as a personal trainer with the players is another step in the right direction.

“I’m not making it bigger, God is. I prayed for it to happen.”

Pilkington can’t believe how much working with the kids has changed his life.

“I’m so thankful everyday I have this because I can see kids transforming on the baseball field and I tell them how I used to be and they can’t believe the stories because they are so crazy,” he smiled.

Pilkington’s stories of his time in pro ball show how much he has grown.

“I thought that if I got people out I could do whatever I wanted,” he said. “I didn’t lift weights. I didn’t go to field on time. I’d show up to stretch with a coffee. I would tell him I don’t get paid to stretch. I get paid to get people out.”

Pilkington feels it was a blessing in disguise he wasn’t able to sustain a pro career at that point in his life.

“I would have had all this money and been able to get away with it.”

This time, Pilkington says it will be different.

“I’m going to walk into camp and tell them what I do and then throw for them and I know I’m going to make the team,” he said. “They are going to tell me if I’m good enough or not good enough.

“I’m not in the best shape of my life right now. I need to get in big league shape and be big league ready.”