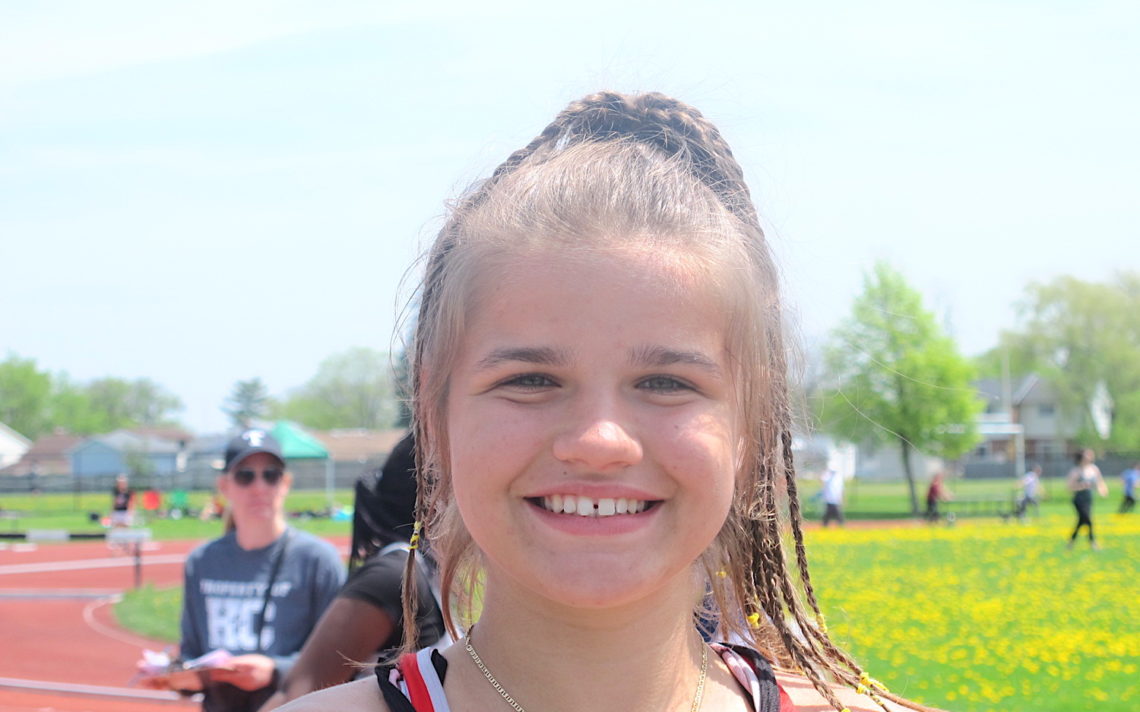 Hurdling her way to success

The talented 15-year-old, Grade 10 student at Governor Simcoe participates in three events in track and field, but considers the most difficult her favourite.

Friesen placed first in the junior girls 100-metre race, 80-metre hurdles and triple jump Wednesday at the Zone 4 high school meet at the Niagara Olympic Club, but didn’t hesitate for a second when asked which one she enjoys the most.

“For the 100, I was fast in elementary school and I’m fast until about regionals but the hurdles are a lot more fun,” she smiled, “It’s exhilarating. It has to be my favourite track event.

“The triple jump is something I have done since I was little. It’s not as hard for me as people would think it is because I was doing it in Grade 4.”

Friesen, who is also a member of the 4X100-metre relay team, admitted it’s hectic going from one event to another, often in short time.

“It’s kind if difficult this year because of the way the schedule is. It’s the same for every meet so I jump at 8:30 and get in as many jumps as I can because at 9 (o’clock) I have to go.

“It’s pretty stressful running back and forth, but it’s worked so far.”

Friesen has tried to make the best of the schedule.

Friesen has set specific goals for the track season.

“I want to make the final of OFSAA (Ontario Federation of School Athletic Association) 80-metre and hopefully medal. I want to do well at OFSAA in the triple and in the 100 I just want a good SOSSA (Southern Ontario Secondary Schools Association) time.”

Friesen, who trains at the Thorold Elite Track Club, gave credit to Simcoe track coach Dave Lavictoire and her parents for helping her define her goals.

“My coach helps all the time. He tells me this is what I have to do if you want to make this goal and you can do it,” she said.

The top five in each event Wednesday advance to SOSSA next week at NOC. After that, it’s regionals and then OFSAA.

Friesen made it to OFSAA last year finishing ninth in hurdles and out of the top 10 in triple jump.

“It was nerve-wracking,” she recalled. “It was so different from all of these meets. At OFSAA there is an athlete’s centre and you’re not allowed to have head phones in and last year head phones were my thing. You have to keep yourself zoned in but this year I’m a lot better without them because of that experience last year.

“It’s crazy there. There are so many good people. It’s an overwhelming experience.”