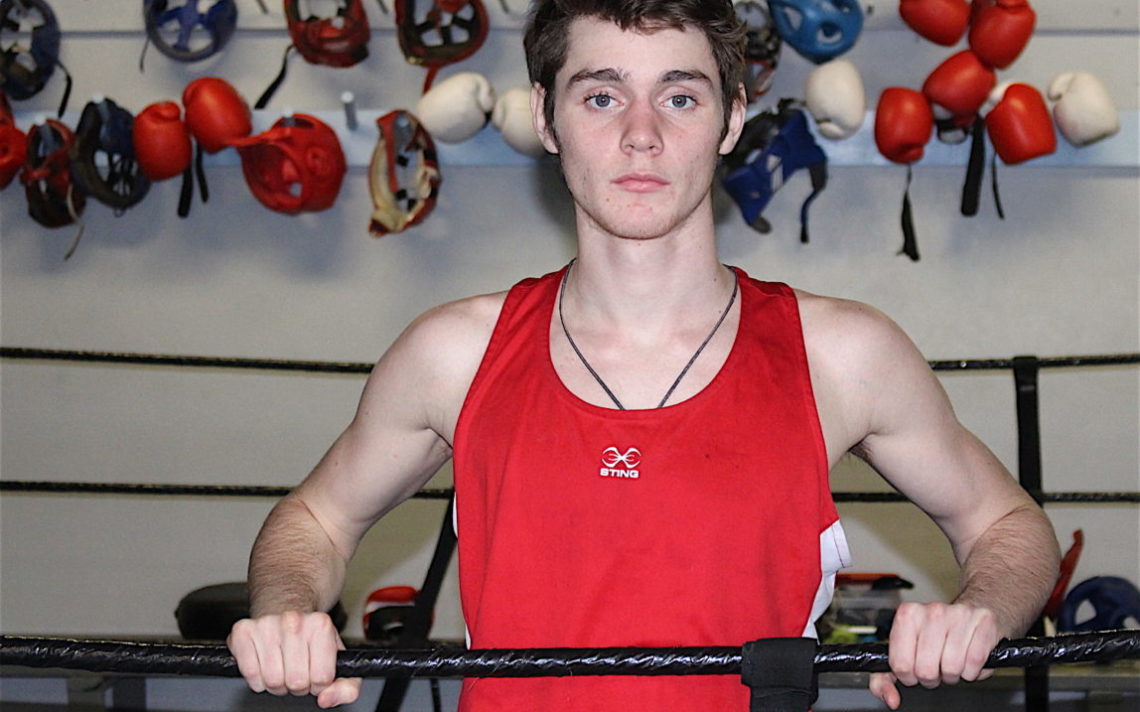 James Hughes has taken the first step to becoming a 2020 Olympian.

The 19-year-old member of the St. Catharines Amateur Boxing Club recently won the 69-kilogram division at the Ontario Silver Gloves boxing tournament in Toronto. The event also served as the Ontario qualifier for the Canadian Olympic Boxing Trials which will be held in December in Quebec City. The winner of the Olympic trials will then have to qualify for the 2020 Olympics in Tokyo, Japan.

“I never planned on the Olympics or had any dreams or aspirations to go there but if I keep winning these tournaments, I will see where it takes me,” the St. Francis graduate said.

He would love to be in Tokyo next year wearing a Team Canada singlet.

“That would just be unreal.”

To win the Silver Gloves title, Hughes: beat Marlon Pacheco of Huf Boxing Club 5-0; recorded a 5-0 victory against Mason Galvao from the Bay Area Boxing Club; fought to a 4-1 decision over Taverio Stewart from Bramalea; and, in the final, notching a 5-0 over Abdul Jouda from the Warriors Boxing Club 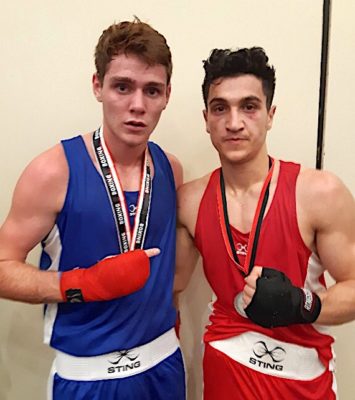 “I had seen him (Jouda) a lot fighting on other shows, but it was my first time fighting him,” Hughes said. “I don’t think it was close. I won an unanimous decision and he was coming up short on a lot of his shots and I was just picking him off.”

Hughes was confident going into the tournament because he knew everyone in the division.

“I had either seen them fight or fought them all and I knew it was going to boil down to the four guys who ended up in the semifinals,” the former Canadian youth champion said. “I was really confident and it was in my mind all month that I was going 4-0 and that I was going to win it.”

Last year in his first appearance at the senior provincials, Hughes was eliminated after a loss in his first fight.

“It is an awesome feeling winning this year, but I honestly thought I got ripped off a little last year,” he said. “I think I could have won it last year too but there’s a big difference at winning in the senior game. They are full grown, they are stronger and everyone has had a lot more fights.”

He felt he might have left last year’s decision a little too much in the judges’ hands and he wasn’t going to make that mistake a second time. He made sure that didn’t happen again in 2019.

“I was on my game for the whole three rounds and I didn’t take my foot off the gas.”

The St. Catharines boxing club was thrilled with Hughes’ victory.

“We are really proud to be bringing back another title to St. Catharines,” coach Joe Corrigan said. “James had a really good weekend winning four bouts to win the gold. He boxed really well, using his jab to set up his other punches.”
Corrigan was particularly happy with Hughes’ performance in the final.

“Sunday was a really big win as he defeated last year’s champion by unanimous decision.”

“I am sore right now but I am going to take about a week off to rest and recover and then get right back on the ball and getting into the mindset of having to fight four days in a row,” he said,“I want to keep things rolling and get in the best shape that I can.”

Hughes feels he has made great strides as a boxer in the last year.

“It is my fitness level and the fact that I have been keeping the ball rolling,” he said. “I have fought every month this year and more than once. One of the main things you have to do to get better is stay busy.”

He has had a lot of support along the way.

“I would like to thank my parents, my coaches and God.”