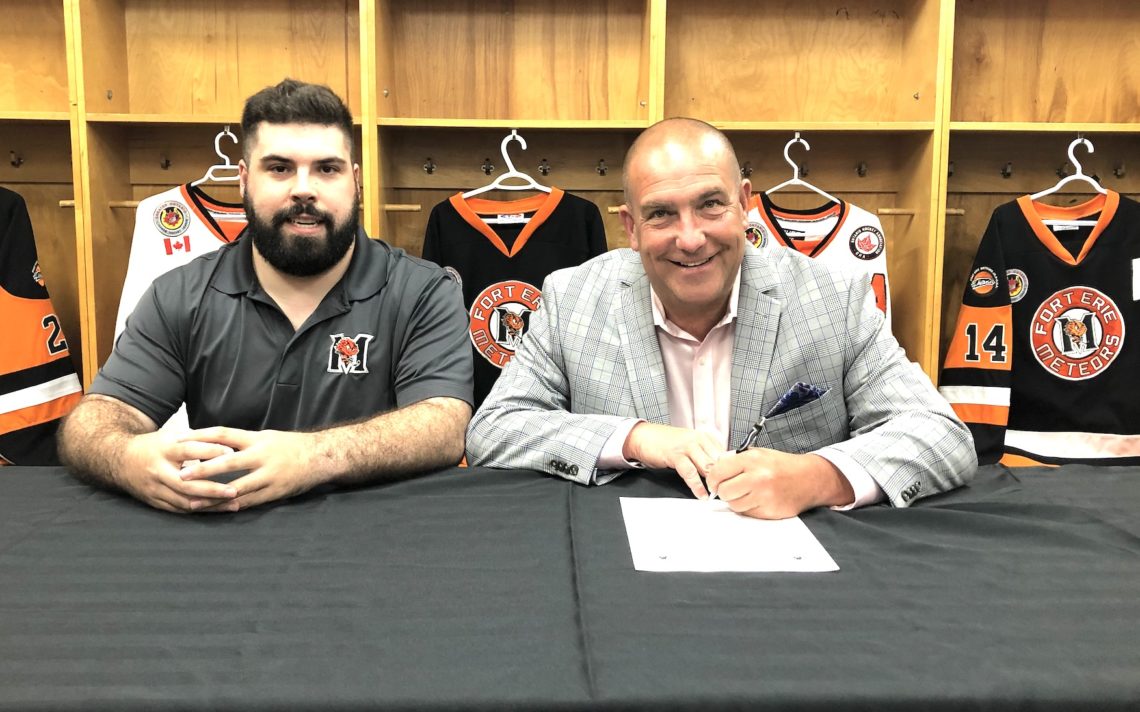 Hubbert back behind the bench

Not only did they want to continue to own and operate the junior B hockey team, but they had also had one man in mind to take over as head coach and general manager.

“It was never a doubt for us,” Nick Passero said at a press conference to announce Rob Hubbert as the new coach and general manager. “Me and (my brother) Anthony and my sister (Meaghan) are all at different stages in our lives doing different things, but we knew we could keep it together with the people we have here.

“Hubs was No. 1 for us. We knew what we had to do and we did it so we’re definitely happy with what’s going on.”

Hubbert, who previously coached the Meteors for a pair of seasons before taking a director of player development position with the Niagara IceDogs, was humbled and honoured to be back behind the bench in Fort Erie.

“I want to thank the Passero family for giving me the opportunity,” said Hubbert, a 54-year-old St. Catharines resident. “It’s been a long haul for them in the last couple of months. We started talking and finally got it done.

“It’s an exciting time for me.”

Hubbert said he developed a special bond with Tony Passero.

“Tony and I were very, very close,” he said. “This is a special appointment for me and to have Anthony and Nick here means an awful lot.

“Tony was one of my closest hockey friends. I talked to him every day for five years. He let me coach and these guys are letting me coach. I love these guys like family. This family has been in hockey for 30 years.

“This is Tony right here. We’re doing this for Tony this year and I’m going to try and make it special for them.”

Nick Passero, who is in his second season as an assistant coach with Franklin Pierce University in New Hampshire and will act as the team’s director of hockey operations, feels his late father would approve.

“I think he would be happy how quickly we moved,” he said. “We’re very organized. Right way we had to take control and not leave stuff in limbo.

“He thought everything through and we did the same. We went out and got what we needed with players so far and with Hubs.”

Hubbert, who battled Non-Hodgkin lymphoma and said he was currently in remission, had all but given up on the idea of getting back behind the bench until he was called upon to coach three games last season for the Meteors while head coach Ethan Moreau was absent.

“It’s in your blood. It’s like stock car racing,” Hubbert said. “The last three or four years I went to the wayside but when I got to coach three when Ethan was away and I got the fire back.

“When Tony passed away, it hit home. He bugged me every day to coach.”

Hubbert is now is his 25th season in the Golden Horseshoe. He’s had two stints in Fort Erie, two with the Port Colborne Sailors, three with the Thorold Blackhawks and one in Welland.

“I had a couple of other offers but I really didn’t consider it,” he said. “They stepped up to the plate and given me everything I’ve asked for.

“They have moved players along year after year and we’re going to continue to do that. I’m excited to be here and I can’t wait to get started.”

“Hopefully, I’m going to let Ryan and Carson run a little bit more of the on-ice product and I can get the team set up,” Hubbert said.

“I want to win every game,” Hubbert said. “I’m a competitor. I want to make sure these guys have a great atmosphere and a great, safe environment. Tony provided that. He was one of the best guys I ever worked with. I never had a problem with him in two years.”

Hubbert, who indicated he will remain with the IceDogs, said the Meteors will be officially affiliated with the OHL this season.

“We’re going to work with them on players coming here. It’s a Niagara team and we’re going to place players with other junior B teams. I can’t take all the players,” Hubbert said.