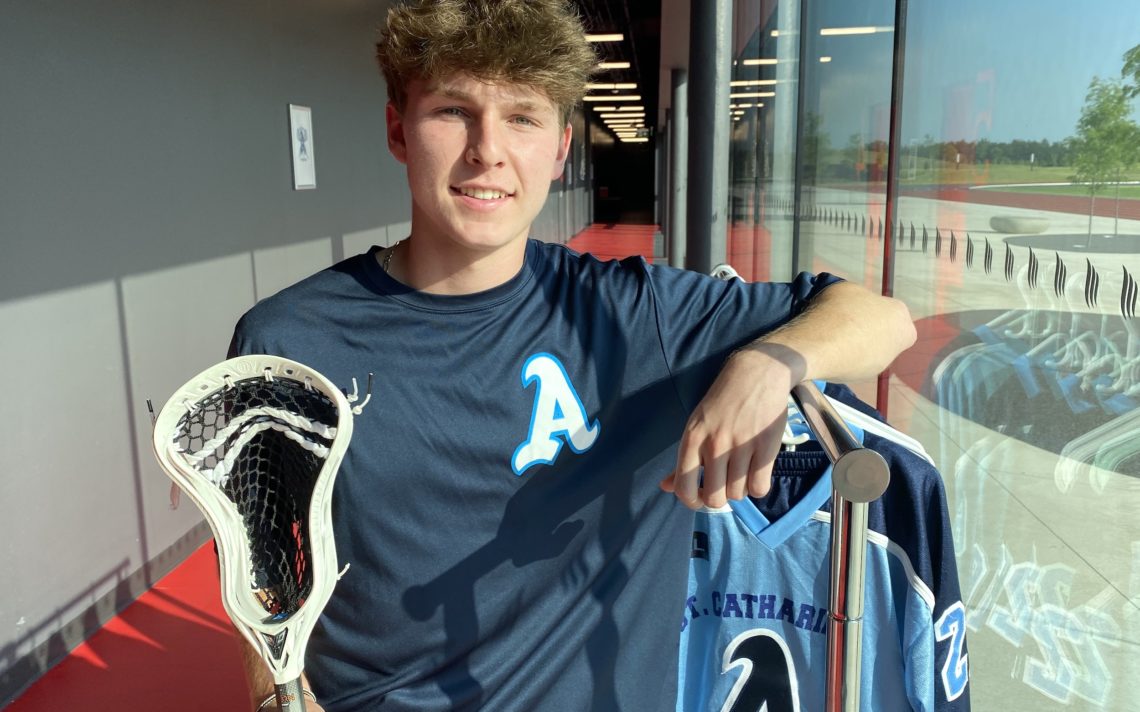 Gavin Howard has found his niche with the St. Catharines WMKL Athletics.

The 18-year-old St. Catharines native is earning his keep as a forward who isn’t afraid to wade into the dirty areas in front of the opposition’s net and create space for the snipers to score.

“I feel I play that role pretty well because I like getting into the gritty areas and setting up my teammates rather than just taking it myself,” Howard said. “I like supporting my teammates and helping them get goals.”

Howard’s role comes with a hefty price to pay.

“Lots of bruises and welts — everything — but it’s worth it to see your teammates score goals,” he said. “Getting the chance to celebrate after goals is the best thing.”

Howard was more of a scorer in minor lacrosse but had to adjust his game at the junior level.

“I’ve been a little bit of everything,” he said. “In midget, I played straight offence and was more of an outside shooter but here playing with a lot of older guys, somebody needs to go in the middle to set up each other and I kind of found that role and I like it a lot.”

“His role has changed since when he grew up and his role will change as the years go by,” Toll said. “He realizes where he stands now on the (depth) chart on the left side and realizes what he has to do to stay in the lineup and he’s doing them now.”

Toll admits he wasn’t sure if Howard was up to the task after watching him play last year with the Young Guns at the Ontario Junior Lacrosse League championship final weekend.

“I’m not going to lie, after the Young Guns last year he wasn’t getting into those dirty areas and that maybe has something to do with not being signed to a school, but now that he’s signed he’s paying the price and doing all the little things,” Toll said.

“Lacrosse is a serious man’s game. You’re going to get hit and get hit a lot and if you’re scared to get hit, you’re in the wrong sport. He’s found that role and the offensive coaches have nothing but positive things to say about him and when he has scored goals, he’s being rewarded for working hard. He’s producing that way.”

“I know a lot of people that have gone through the program and they send a lot of players on to the next level,” Howard said. “We were in the middle of COVID and couldn’t get a lot of lacrosse here so it seemed like the perfect opportunity to head down and get coached by the best and play with the best.”

Howard’s decision paid off as he has committed to the University of Utah for the fall of 2023 after receiving an offer of an 80 per cent scholarship. He has yet to decide on a major.

Howard, who has five goals and nine points in five games, has fit right quickly with the A’s after missing the first few games while finishing up at Culver.

“Before the season started I thought it would be more of a rebuild year because we lost so many guys from last year but we picked up some good guys and feel we can make a run this year,” he said. “Moving forward, we’re building a lot more chemistry with each other and bonding as a team. I’ve been here for a week-and-half and I’m already so close with the guys which is the best thing. Coming to practice, coming to games, just fired up to see the boys whenever I can.”

The A’s improved to 8-3 on the season with a 10-6 win over the visiting Six Nations Arrows in OJLL junior A action Wednesday night at Canada Games Centre.

“We’re off to a great start, but the wins and losses don’t really matter,” Toll said. “It’s about the effort being put out by the boys.

“We’re about to play some big clubs coming up and if we lose, we lose. It’s all about the effort. Some of those teams are really stacked and junior A is about playing against the best in Ontario and see where you stand against them.”

Up next: The A’s are Brampton Saturday, at Burlington Monday and home to Mimico next Wednesday. 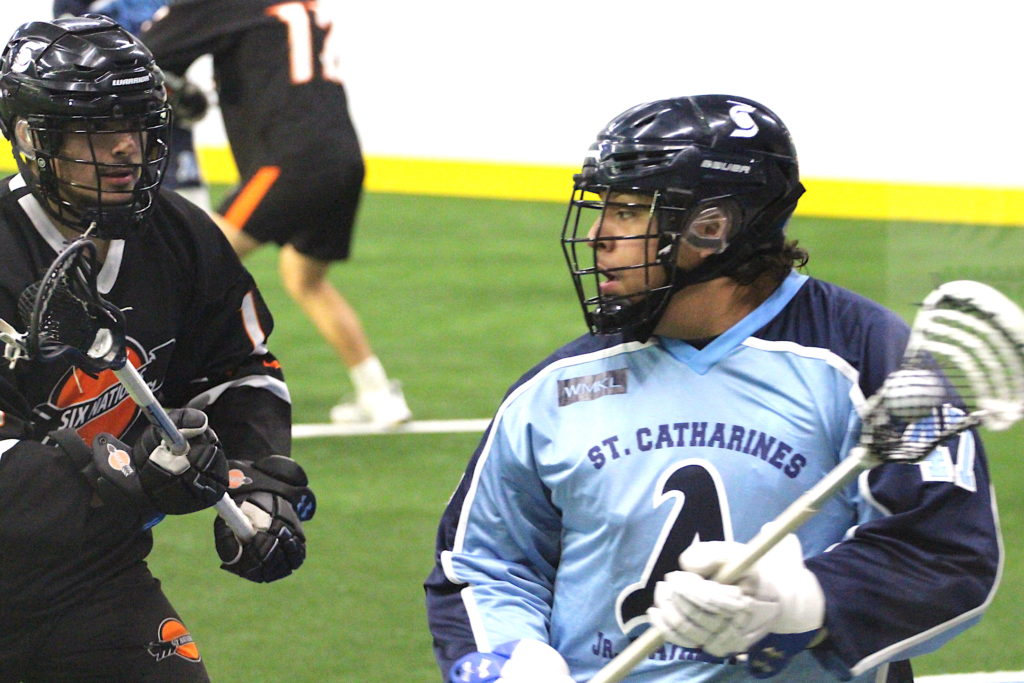 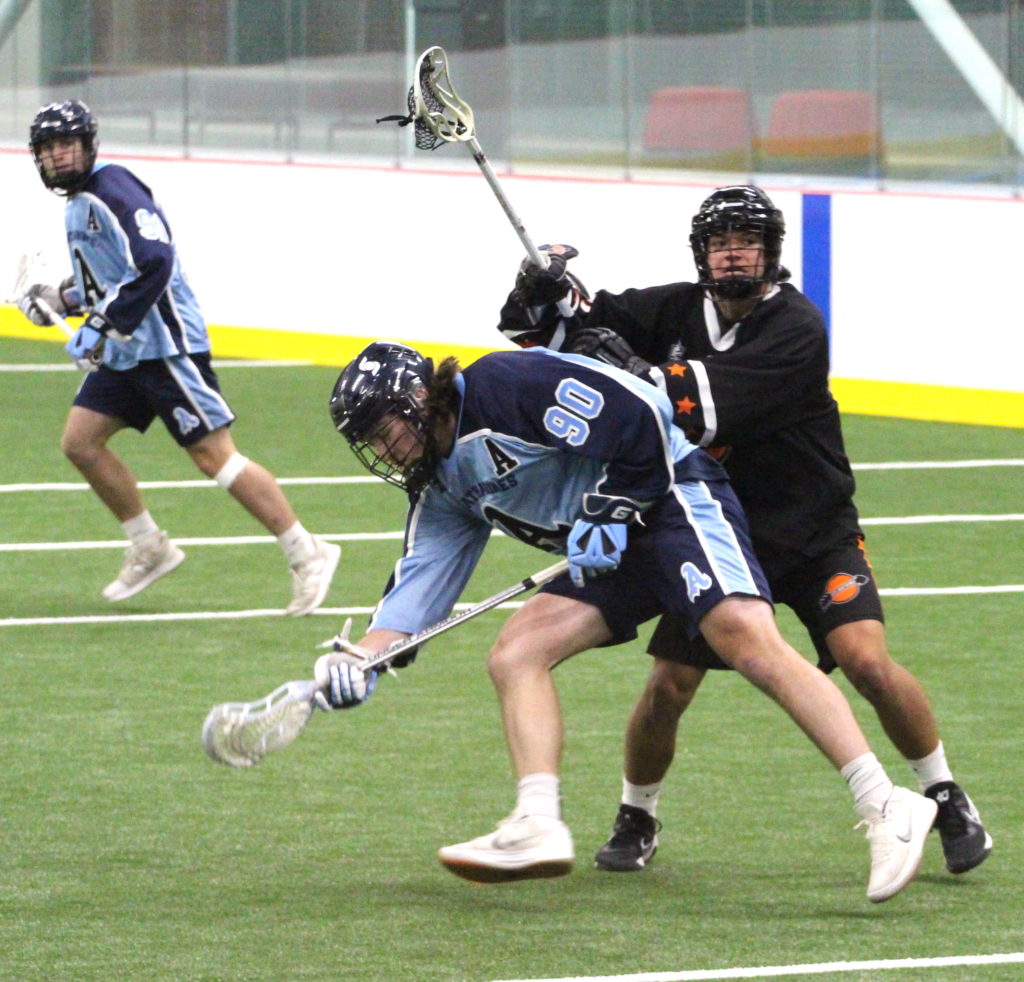 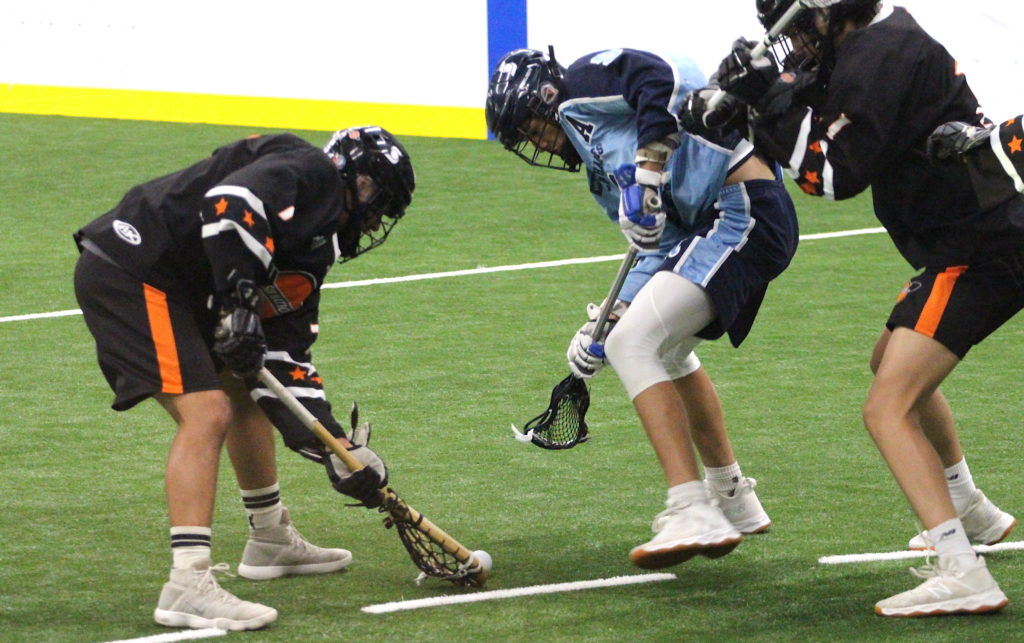 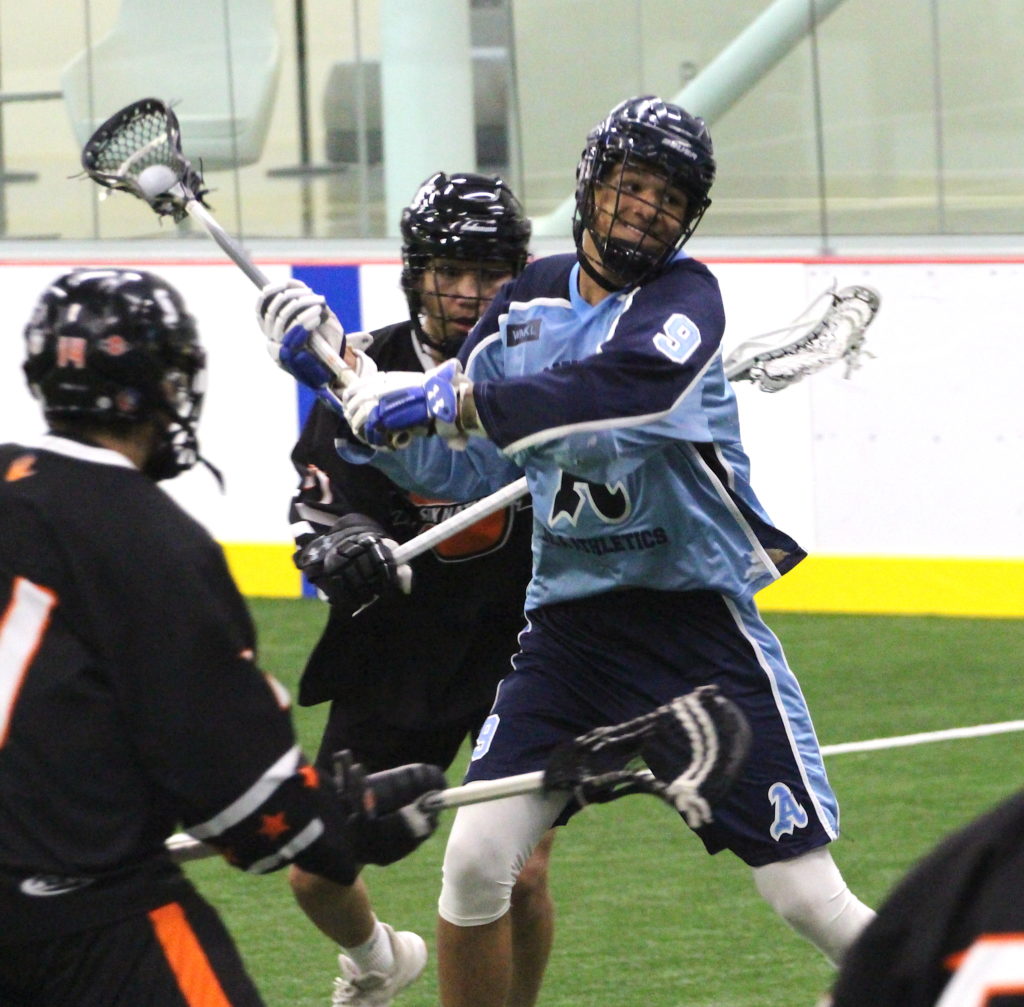 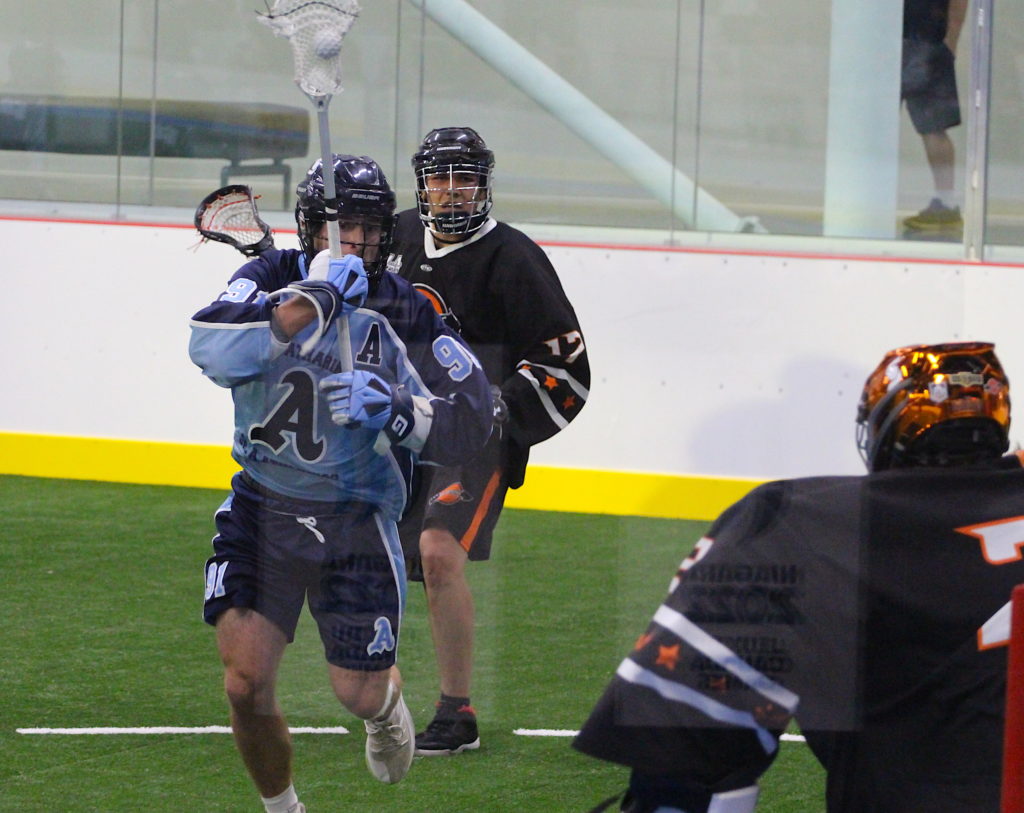 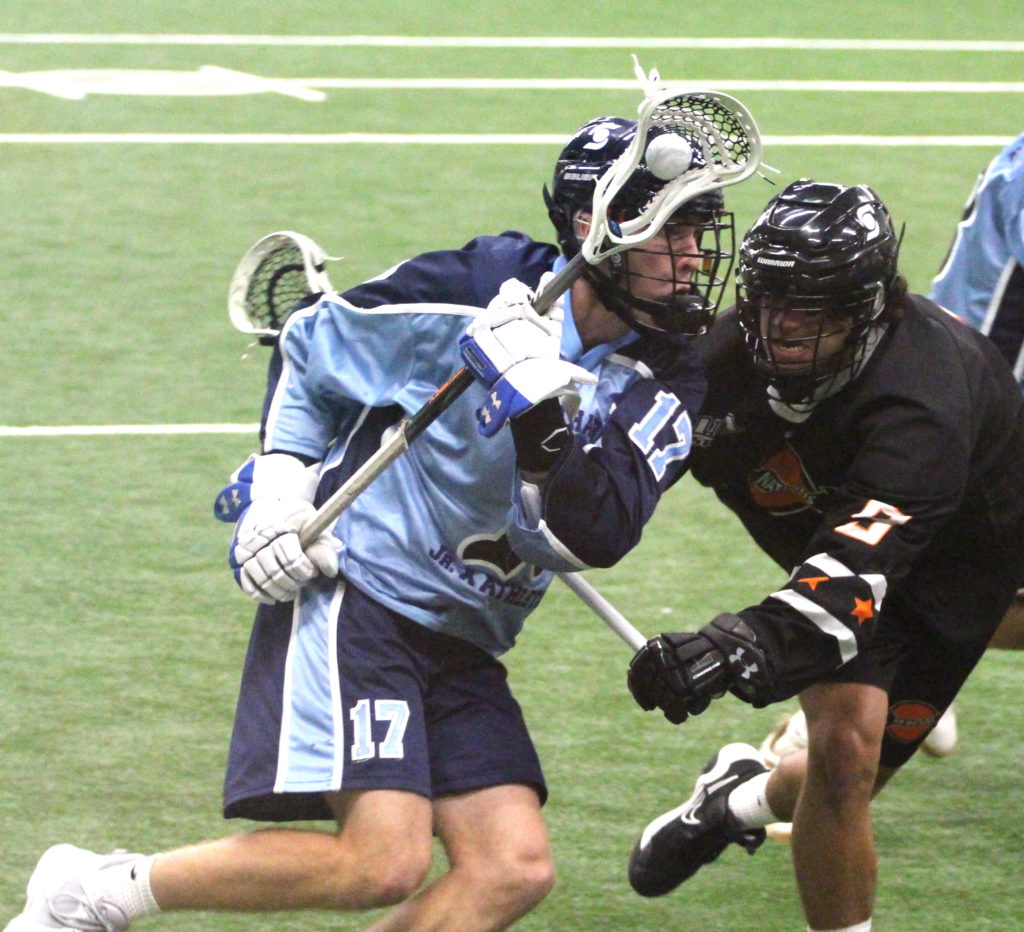 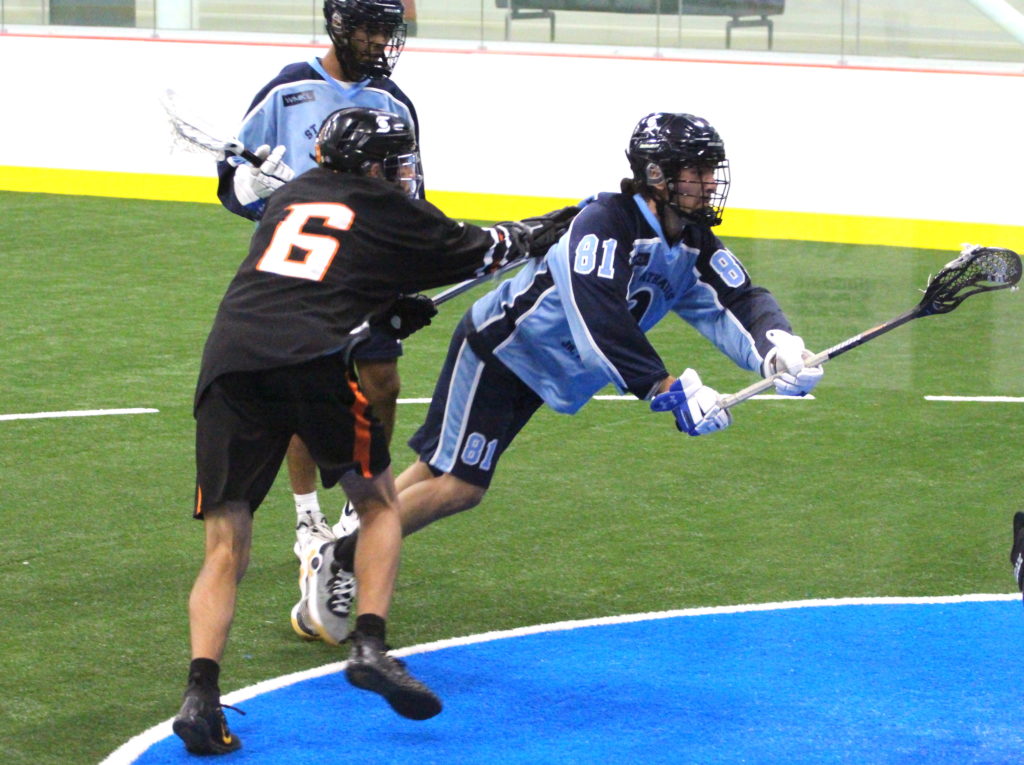 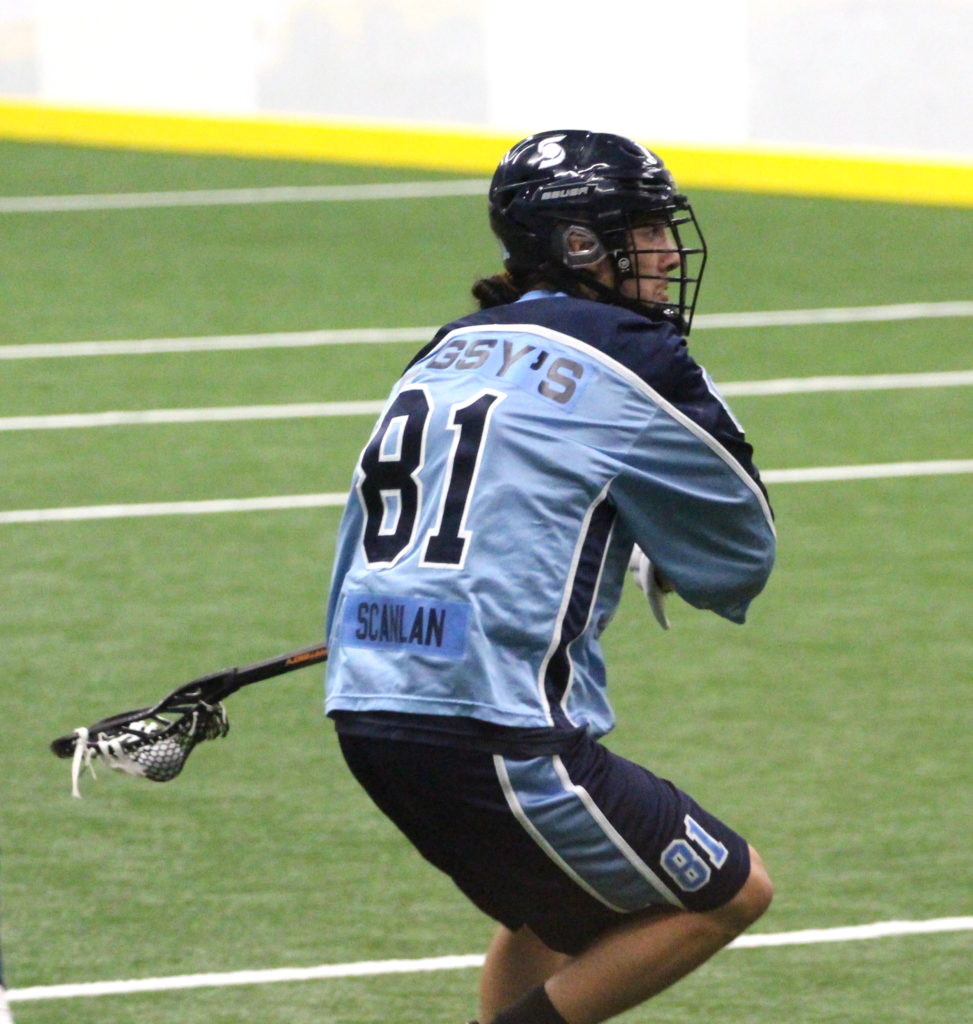