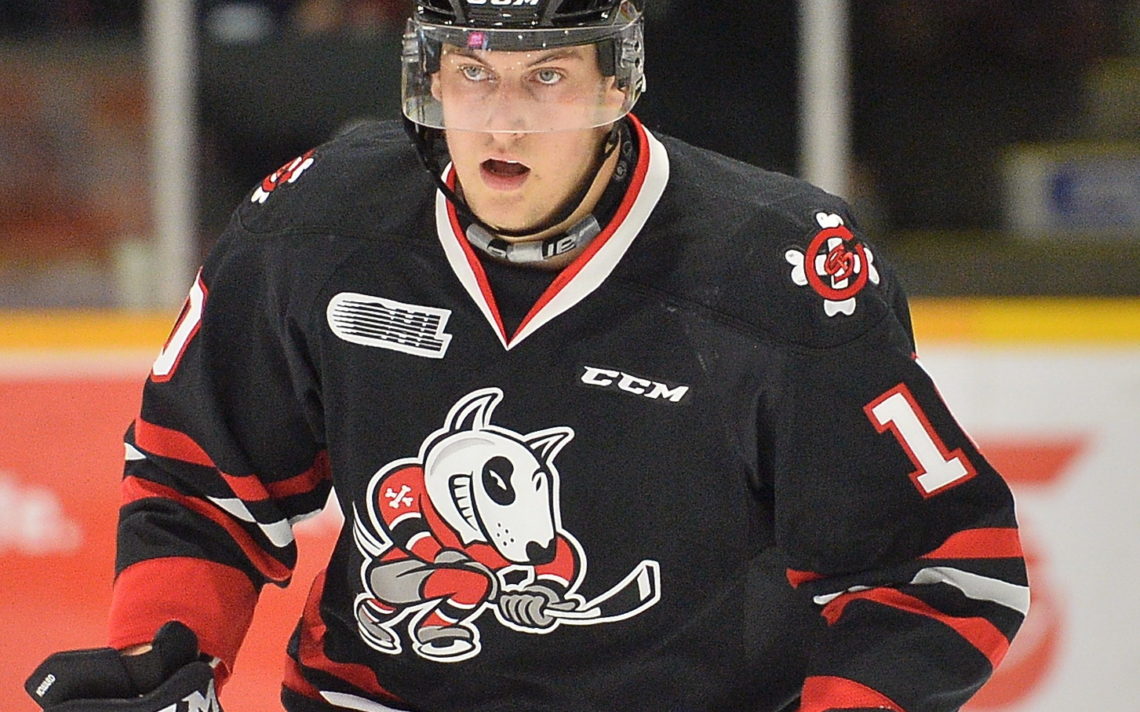 Mason Howard has begrudgingly settled into an extended off-season routine.

The 19-year-old defenceman for the Niagara IceDogs has been working out diligently in his hometown of London waiting for the Ontario Hockey League season to get underway.

“It’s obviously tough not playing right now. Usually we never have this long of a break, if we have a break to begin with,” Howard said. “I’ve been trying to enjoy my time off and making sure I stay focused and ready for the season when it does start and we have to be back in Niagara training and getting ready to play again.”

Howard is skating three times a week, often with IceDogs 2020 draft pick and fellow Londoner Dylan Roobroeck, and working out as much as possible in the gym with weights and on the bike.

The OHL has set a start date of Dec. 1 pending government approval, and Howard can’t wait to get started.

“I miss it all. Hanging out with my teammates every day, going to the rink in the morning for practice, game days, obviously playing is a huge part of it. Being on a great team like Niagara and seeing them every day, it’s one of the major parts I miss the most about it.”

The IceDogs are coming off a difficult 2019/20 campaign that saw them finish with an 18-39-5-1 mark when the season was halted in March due to the COVID-19 pandemic. The .333 winning percentage was by far the worst mark since the team moved to Niagara from Mississauga for the 2007-08 season.

Howard is confident the IceDogs are moving in the right direction with a nucleus of young players and following a solid draft in April.

“It’s exciting seeing all our young guys coming in now and getting ready to play with a year under their belts,” he said. “It will be exciting to see how they develop over the summer and how our team develops as a whole coming into the season.”

Howard is entering his third season with the IceDogs after beginning his junior career with the Thorold Blackhawks. He collected eight goals and 15 points in 54 games and developed into one of the league’s most efficient shot blockers.

“I envision Mason as a premier shut down/two-way defenceman who will play against all of the top players in the league and provide leadership,” IceDogs coach Billy Burke said. “He has worked hard to improve the deficiencies in his game to be able to handle big minutes and grind down the oppositions’ star players.”

Burke feels Howard has the ability to further grow his game.

“On top of his strong defensive prowess, Mason’s puck skills are underrated, he has a very high hockey IQ, sees the ice well, and understands where his teammates should be in all three zones,” Burke added. “I think Mason has the potential to take his game to a new level this season and I am excited to see it.”

Howard will be one of the veterans on a young squad this season and is looking forward to taking on even more of a leadership role.

“My rookie year we had a lot of great veterans on the team who showed all of us rookies,” he said. “Now, being one of the older guys, I want to take the lessons I learned from them and help out our younger guys. Show them the ropes and help them develop as a person and a player in the league.”

Off the ice, Howard is taking on-line courses to upgrade his high school marks and plans to enrol at Brock.