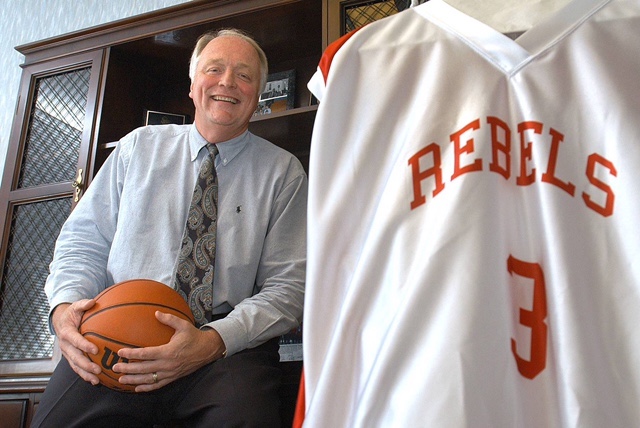 A basketball court at Partridge Park in St. Catharines has been named in honour of longtime CYO basketball president Bob Miller. Submitted photo.

“Bob is like me in that he is not someone who is looking for attention or seeks it out but I would argue that nobody has done more or given so generously of his time and energy to youth basketball in Niagara than Bob Miller,” said Gerry McIlhone, another long-time CYO stalwart. “It has been 30-plus years.”

“You could ask Bob a question and ask him the same question five years later, you will probably get the same answer.”

Miller is guided by a strong and clear sense of guiding principles, what is fair and what the organization is all about.

“In youth basketball, there is always a tremendous temptation and everyone wants to be with the provincial teams and everyone wants to be Division 1,” McIlhone said. “But he has been the person who really kept our focus on the other 500 children in our program; the house leagues; the girls; and, anywhere where we saw where people were having trouble getting access or the numbers were dropping.” 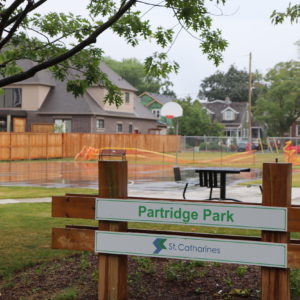 Miller led the organization through a lot of different changes.

“He has guided the organization through the boom times and the lean times and we spent a lot of time talking about how we get more girls involved and how to identify leaders in the girls basketball area. We have had some great coaches and Bob has really been responsible in large part for recruiting them,” McIlhone said. “They bought into his vision of gathering kids together, giving them a great deal of fun, teaching them about basketball and for the ones that want to be more competitive, having that outlet.”

Miler never shied away from difficult or uncomfortable tasks.

“There were times when we held our signup at Holy Cross and it started at 9 o’clock and by 9:20 everything was full,” McIlhone said. “He had to be the one that stood out there and said we would put them on the waiting list and this is how it is. There were months of calls from parents like you and me.”

McIlhone and Miller often joked about retiring from CYO basketball and the latter always noted that he would retire reffing the novice house league.

“A lot of parents whose kids played in house league will think of Bob as the guy who stopped the game in the middle and said, ‘Wait, give the ball to Gerry because Gerry hasn’t had the ball yet.’ And he certainly has had a lot of fun doing it and has generated a lot friends,” McIlhone said. “He has been the heart and soul of it.”

Miller, a 69-year-old Montreal native who moved to St. Catharines when he was 25, recalls the genesis of Rebels basketball in 1992 when he, Brian Finora and Ron Brady were coaching their kids in the Pelham Panthers basketball organization because there was no basketball program in St. Catharines.

“It was really Brian’s idea to break away from the Pelham group and because he had an in at Denis Morris, we initially got in there as a program that was doing basketball skills,” Miller said. “I remember we had 40 kids. It was his idea and Ron and I were the chief cook and bottle washer.”

The Rebels nickname came from Finora liking the UNLV Running Rebels and that the three coaches were sort of rebelling from the Pelham Panthers organization.

“The whole program began in Brady’s basement around a card table,” Miller said. “We talked about what we wanted to do.”

Within about five years of its beginnings, the association had grown to about 600-700 playing house league and travel ball. Miller served as president from 2001 to 2016. He contributed in many ways, but his primary duties were handling all the finances, the administration and oversight of the house league and travel programs in his role as head convenor.

“In fairness, there were a lot of people involved, Gerry for one,” Miller said. “We should have had a board but back then we described it as a two-headed dictatorship. It was easy because the two of us got along so well and we never had an argument about anything. Eventually we got to the point where other people got involved and we had a board of directors.”

Miller was motivated by his love of sports and working with kids.

“Working with kids and sport was the perfect combo for me,” he said. “When I started into it, I didn’t go into it with the idea that I would go beyond when my kids were done. That’s what happened to the other guys but I thought we had to carry on because it was going so well. I just stayed and it was a lot of fun compared to my day job being a litigation lawyer.” 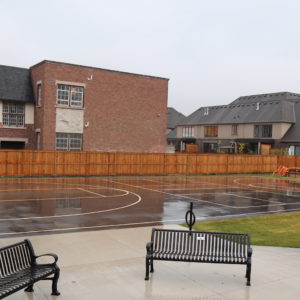 Basketball wasn’t his only contribution to the community.

Miller served as president of the Lincoln Law Association, president of St. Catharines and Thorold Big Brothers, Big Sisters and was one of the founders and the long-time chair of the Alzheimer Society’s Niagara Foundation.

“When you think of what he has done in terms of Big Brothers and Big Sisters and the Alzheimers Society, I used to joke with him and ask how many of you are there?” McIlhone said. “If you have seen the movie Multiplicity where the guy clones himself, that was Bob.”

Partridge Park is located on the site of the old Glen Ridge Public School. Community fundraising contributed about $120,000 to help build the park, which includes a playground, accessibility features, the basketball court that can double as a pickleball court, and an outdoor rink in winter.

Bob’s son, Greg Miller, a city councillor, played a key role in having the basketball court named in honour of his dad.

“I grew up playing on it as a kid and when I heard about it, as a family we wanted to make a donation to the park and it was good opportunity to honour my dad who has been incredibly involved with basketball probably as much as anyone in St. Catharines over the last 30 years. It made so much sense,” Greg said. “He spent 40 years living in the neighbourhood and was so directly involved with basketball and wanted to give back.”

Bob describes the naming as a big honour.

“There is a real connection with that place and the beginnings of the basketball program,” the retired lawyer said. “The original kids who played in the program were a lot of Glen Ridge kids because of my involvement and a lot of them were St. Peter’s kids too because of Ron.”

Dear reader. If you liked this story or one of the 3,400 other stories found on our website, please consider hitting the Support Us button on the right-hand side of our home page and making a PayPal contribution to our website or send an e-transfer to bpuchalski@cogeco.ca. Your support would be much appreciated. If you are a business owner, please consider advertising on our site. Our rates are reasonable and we provide plenty of exposure for your business. Contact bpuchalski@cogeco.ca for more information. 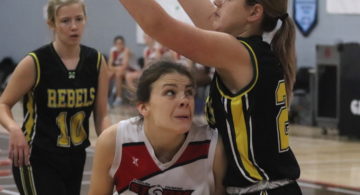