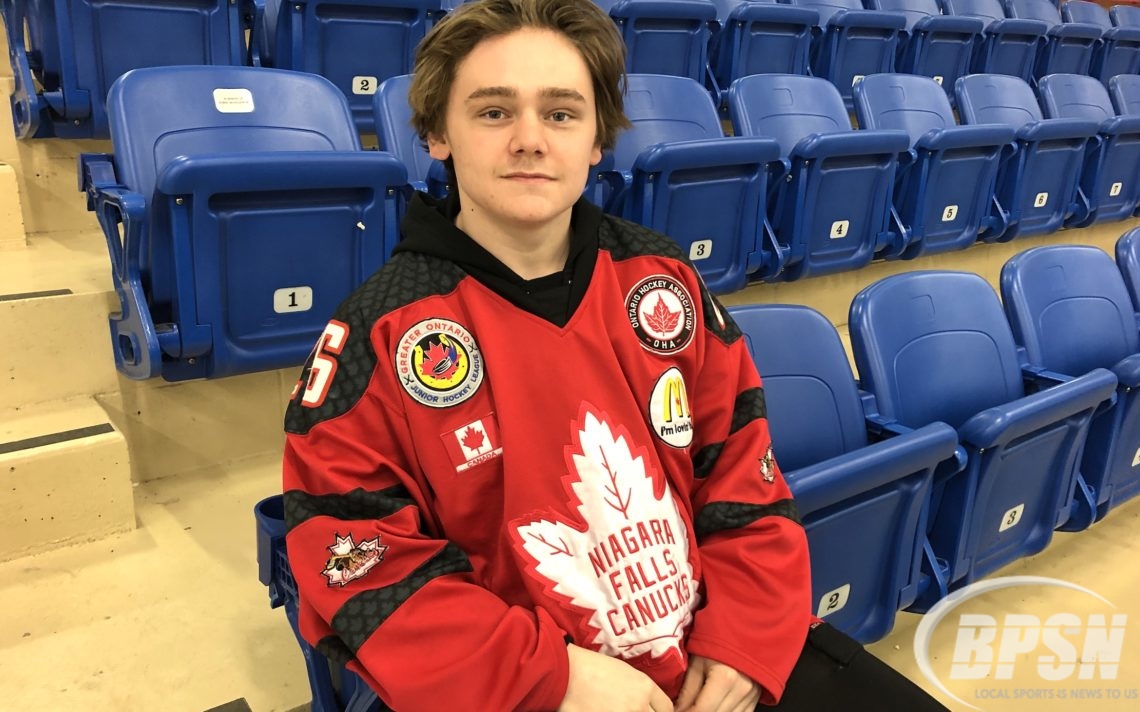 The Erie Otters winger and St. Catharines native was thinking of coming home and playing junior B and was interested in suiting up for the Canucks.

“You don’t pursue something like that because he was in the OHL,” Pietrangelo said. “You don’t go around knocking on OHL doors and asking guys if they want to come back and play junior B hockey. It’s not realistic.

“When it did happen, it was a great surprise and 100 per cent was something I wanted to do.” 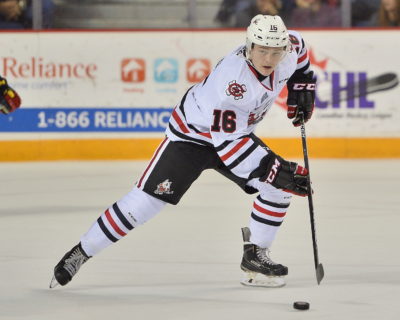 Singer, who was having a respectable season for the Otters with nine goals and 16 points, said the reason he wanted to play closer to home had little to do with hockey.

Singer’s mother, Sheila-Ann Carr, passed away last January and he wanted to be able to spend more time with his father, Duane Singer.

“Just being back home after all the stuff that went on with my mom, it was just kind of nice to be back,” Singer said. “My dad is at home by himself and it’s nice to be with him a lot more other than have him come drive two hours. He still works and plays hockey and stays busy and we have a new dog.”

Singer has only played one game with the Canucks — he picked up a pair of assists in a win over Thorold last week — but already feels the arrangement is working out.

“I have that time off to be able to be with him or even just going to grab a bite to eat with him, I think that means the world to him,” he said.

Singer, who turns 21 in February, said a big factor in choosing the Falls was his relationship with Carson Edwardson and Andrew Somerville, who both joined the Canucks recently in a deal with the St. Catharines Falcons.

“I grew up playing with those guys and when I knew they were coming here that was a big influence for me to come to the Falls, to come and play with them,” he said. “I think our team acquired a lot of strong players and we have a strong team.

“I obviously picked the Falls because I knew they had a strong team to begin with.”

The Canucks also added forwards Dario Tesoro from Welland and Sam Bourdages from Milton of the Ontario Junior Hockey League, and Pietrangelo is well aware it may take some time for all the new faces to gel.

“I don’t know how it’s all going to shake down. He’s only been here for one game. We’ll have to see how everything unfolds as far as the lines go,” Pietrangelo said. “We have five good players but you just can’t throw guys on the ice. Chemistry is a big part of it. In that sense, we disrupted our team a little bit.

“We just didn’t go out and get players. We had specific needs we felt we needed to address.”

The Canucks are now loaded up front and Pietrangelo has no worries there will be enough pucks to go around.

“It’s always all about depth, especially come playoff time,” he said. “That was our goal, to try and improve our hockey club for the playoffs. You never have enough good players. Depth is a very important part of being successful in the playoffs.”

Singer, who played two seasons with the Niagara IceDogs before being dealt to the Otters for Ivan Lodnia, has fond memories of his time in the OHL.

“I had a lot of good experiences and it made me into the hockey player I am today,” he said. “Off the ice, it made me more mature and more of a man. I’m really grateful for the opportunities to play in the O.”

Singer hopes to play at the university level next season and has already made contact with a few teams.

The Canucks are in St. Catharines Friday and home to the Falcons Sunday at 3 p.m.

The Falcons lead the Canucks by two points for second place, but have played one more game. 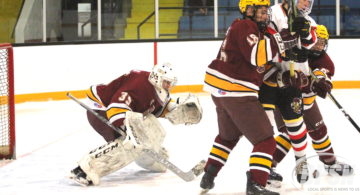 Blackhawks fortunate to have Fortuna 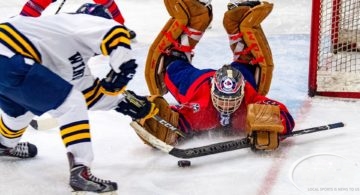 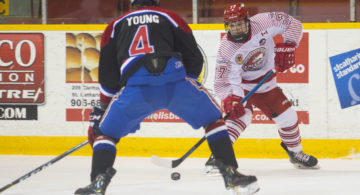