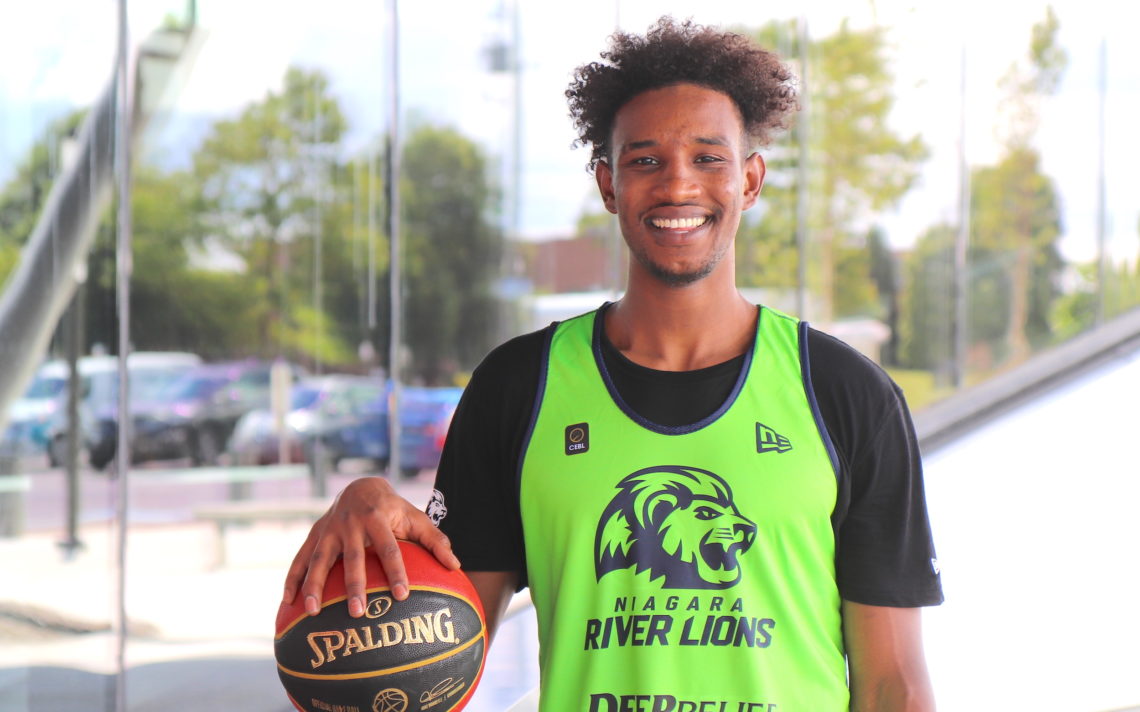 Home is where the hardwood is: Abu’s back

Abu Kigab, a 23-year-old St. Catharines resident who left the city when he was 16 to chase his basketball dreams in the United States, is delighted to be the newest member of the Canadian Elite Basketball League’s Niagara River Lions. One look at the smile on his face is evidence of that.

“My family and my mom (Mashair) are from here and I wasn’t able to see them for such a long time. All my teenage years were in America so being back home and around my family and close friends is an amazing experience.”

The last basketball game Kigab played in Niagara was when he was a 16-year-old student at Saint Francis competing in the annual high school all-star game.

He then left to play prep basketball at Prolific Prep in the States followed by NCAA Division 1 stints at Oregon and Boise State.

His return to Niagara was meant to be. His agent is familiar with Antwi Atuahene, Niagara’s head of basketball operations and co-general manager, and Kigab has paid close attention to the River Lions since they arrived in Niagara.

“I am from here and I literally grew up watching the River Lions get built. Just being part of that process is such a blessing and coming back to Canada is such a cool full circle story.”

Kigab returned to St. Catharines Wednesday and had yet to revisit some of his old vaunts when interviewed Thursday. 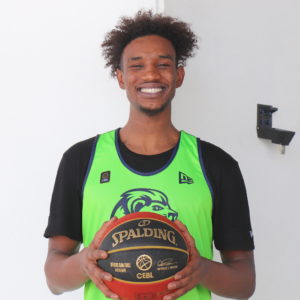 “I have been in the house visiting with my mom, brother, sisters and cousins. I have been spending time with them and they have been keeping me up late,” he said, with a laugh.

Kigab loved the opportunity to once again savour his mom’s cooking.

“She made me some salmon, rice and salads and it was really good food. She knows what I like.”

He can’t wait to get reacquainted with his hometown.

“I have to try out the food. I have heard that there is a bunch of new restaurants and a bunch of new stores that I haven’t been in. I am looking forward to seeing all the new developments that happened when I was gone. I am going to explore the city.”

He couldn’t wait to step on the court at the Meridian Centre for the first time Friday night.

“It will be exciting, for sure, but I am still going to keep the same mindset I go into for every single game. I am not going to try and change my routine or anything just because I am home. I am going to stick to what I know because it has been working for me and I have to continue to do it.”

“It was a great experience and I learned so much about the game. There is so much athleticism and length in the NBA and so many of the guys are skilled. Just being able to compete at that level was a blessing and I am very thankful that the Raptors gave me that opportunity.”

His highlight was the final game of the league’s season where he recorded 15 points and 10 rebounds in a win over the Milwaukee Bucks.

“That was my best game, for sure. I just went out there, made some plays and played how I play. I didn’t do anything new, I stuck to what I know and it worked out.”

He left the Summer League believing he could play at the NBA level.

“I know I can do it and it is just a matter of time. I have to keep working, keep putting the time in the gym and staying ready because I know I have to be ready for the opportunity when my name is called.”

Kigab knows there is always work to do to get better,

“They value guys who can defend multiple positions and I am capable of doing that. I also have to improve my ability to disrupt the offence and I can do that in a lot of ways by switching, being in help early, communicating and I love being a pest on defence. It is also getting out there and offensive and defensive boarding.”

He knows what his strengths are on defence and offence.

“I make simple plays. If I get in the paint and there are two guys on me, I kick it out. I can get to the rim, I can hit the open shot and I do what the game tells me to do. I don’t try to force it and I make the right play.”

That style will be a perfect fit in Niagara.

“I am coming in to help the team win and I am not coming in with a big ego and trying to do this or that,” Kigab said. “It is a really great team already with great people and personnel.”

Kigab has been impressed with the calibre of his teammates.

“They are really good players and lot of them are very under-rated. They play so hard and I feel they deserve a lot more recognition. It is going to come with time and I am excited for these guys.”

This year has been a great one for Kigab. In addition to playing for Toronto in the Summer League, he made his first appearance in March Madness with Boise State. His team lost 64-53 to Memphis State in the first round with Kigab scoring a team-high 20 points. No one else on the team scored in double digits.

“It was crazy. The year before we needed one more win to get in the NCAA tournament and we lost and that was the game where I got hurt early in the second half. I tore my labrum,” he said. “Just being that close made us come together as a team in the next year and made us really want to get it and we were able to do it.”

Kigab wasn’t overly impressed with his performance against Memphis.

“I had a decent game. I scored a little bit but to me it is all about the win at the end of the day. If you have great games and win, people usually remember that. If you have a great game and lose, people tend to forget because you lost. I always prioritize winning over stats.”

He enjoyed his NCAA experience.

“I am happy with how it went. I wanted to win but sometimes you don’t get everything that you want. The lessons I learned from it were amazing and the process of getting there (NCAA tournament) almost felt better than getting there.”

Niagara’s assistant and co-GM Victor Rao couldn’t be happier to have Kigab on his roster.

“Abu is just like the guys we have. He is everything we want in a player. He is versatile, he’s tough, he’s smart and he is a great teammate. He fits right in like a glove,” he said. “For someone to come in on his first day and have the energy like it was in the gym and the way he was talking, it was awesome. But we expected that because we know him.”

It has been easy for Raso to work Kigab into the team’s rotation.

“It’s not hard if you do your homework. We prepare all year to have a culture like we have now so when guys come in, they are coming in with open arms,” he said. “Being the main guy and getting all the shots is not why you are here. Abu knows that and he is going to come in and be a reason why we win. However that happens, we are going to figure that out.”

Raso has been watching Kigab since he played at Saint Francis.

“Antwi (Atuahene, Niagara’s head of basketball operations and co-GM) and I have been talking about him for a while. He is the only pro that is coming out of St. Catharines in the near future and he is a really good player. If there was any chance that we could get him, we wanted him because he plays the way we play.”

Niagara has already made use of Kigab in its marketing and promotions.

“He has an infectious personality so I feel that kind of stuff doesn’t bother him,” Raso said.

“It is part of the process and you have to embrace things like that. You can’t shy away from them and all the greats had to do it so why not?”

“For us, from an organizational standpoint, it’s gold. We want to make the Niagara Region a place where young kids can see that they can play high-level university and college sports and see the pathway to the pros,” Raso said. “This is the first time we have a Niagara player playing for the River Lions and for it to be a kid like Abu who is such a good person and is truly St. Catharines-grown, that is awesome. I hope that he enjoys that we are doing a little more for him but it is just an important to us as it is to him.”

Local players fans can relate to is important for the growth of the team’s fanbase.

“It’s better in the CEBL than the NBL (National Basketball League of Canada) because we have so much more Canadian content. We go and play against Montreal and they have six kids from Montreal. We will play against Scarborough and there’s three or four guys from Scarborough,” Raso said. “Every team has local homegrown talent and for us, we have never had it. Now we have our first one and we hope in the next three, four or five years that pipeline continues to grow and these Brock guys turn into River Lions and Niagara kids who go play in the States come back and play for us as well.”

Kigab had four points and three rebounds in his debut as Niagara lost 86-75 Friday to the visiting Scarborough Shooting Stars.

Top performers for Niagara were: Antonio Davis Jr. with 19 points and 10 rebounds; Elijah Mitro-Long with 18 points and six assists; and, Jaylen Babb-Harrison with 12 points and five rebounds.

Next home game for the River Lions is Monday versus Fraser Valley.

Tickets and voucher packs for the 2022 season are on sale now at  www.riverlions.ca/tickets.