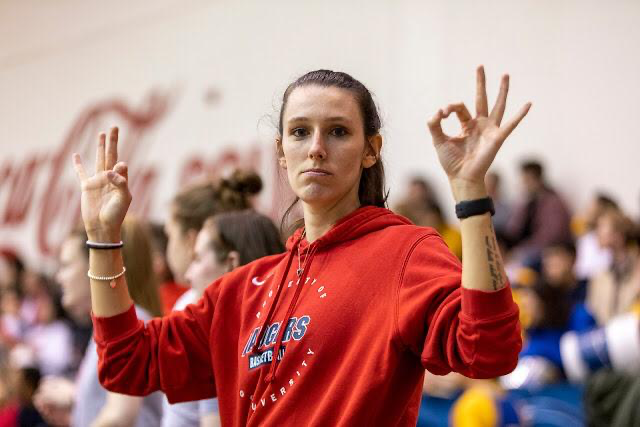 Mackenzie Robinson had a front row seat to the Brock women’s basketball team’s magical run to an Ontario University Athletics championship and a U SPORTS silver medal.

The teachers college student sat behind the bench for most games, went to a few games where she sat on the bench and accompanied the team to nationals.

“The whole season I was dying to get in and from the quarter-finals to the finals, it was so exciting,” the 23-year-old Stayner resident said.

The four-year starter at Laurentian is now fully healed from an ankle injury and is looking forward to helping write the next chapter in Brock women’s basketball.

“With the girls this year, I had no doubt they would make the finals. It was their chemistry on the floor and just the way they played together, I told myself that I wanted to go for a two-peat,” the 5-foot-9 player said. “I don’t care what it takes and whatever happens with COVID, I want to go out for a gold again and I think we can do it. 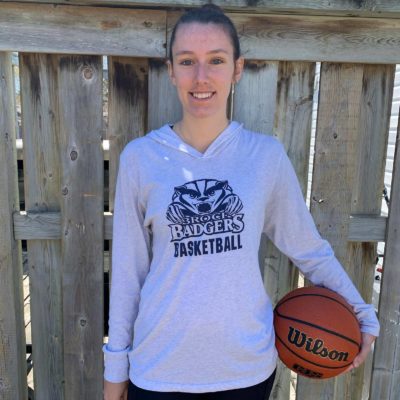 “I want to make the most of it and go out with a bang.”

It won’t be easier after the team graduated All-Canadian and OUA player of the year Melissa Tatti, and talented senior Jess Morris.

“Trying to match that will be hard for any of our players, but at the end of the season, Sam (Keltos) really stepped up and she will be one of the main players next year,” Robinson said. “And I know there are numerous players on our team who will be able to step up and do things. I know Jen (Jenneke Pilling) can step up and putting me in the mix will help. I’m not saying I can replace Jess, but I will bring my rebounding and hustle to the game.

“With our new recruits coming in, I know that we can do it.”

Brock head coach Mike Rao is looking forward to having Robinson on the floor.

“She is a hard-nosed player, who brings a wealth of experience and talent with her,” he said. “We are happy she chose Brock to play her final year of eligibility.”

Robinson had no intention of playing basketball when she arrived at Brock to start teachers college in September 2019.

“At first it was just academic — I came for the teachers college program — and then basketball just kind of fell into place from there.”

She went for a tour of Brock in May in 2019 and was wearing a Laurentian basketball jacket. One of the tour guides sent a message to a sports recruiter and it wasn’t long before her and Rao were plotting her return to action. She had to sit this past season because of a foot injury and had surgery to repair ligament damage in her right ankle in February. She also had stress fractures the past couple of seasons and her feet hurt every time she ran, jumped and even exercised.

“It was debilitating and if it wasn’t for Rao and the contacts I made through Brock, I wouldn’t even have had the surgery done,” she said. “It’s awesome and I will be even better for next season.”

She describes herself as resilient.

“A lot of the time it was a no-pain, no-gain type of mentality. It’s not the best mentality to have but it’s expected when you have a short-numbered bench and you’re one of the players expected to do a lot on the floor,” she said. “At the end of the season, I knew I would figure everything out with my foot.”

Robinson started 61 of her last 63 games at Laurentian and her points and rebounding totals went up every season, reaching 10.1 points and 7.4 rebounds per game during the 2018-19 season. Her field goal percentage in her fourth year was 34.6 per cent compared to 29.9 per cent in her rookie season.

She can play multiple positions on the floor and did a bit of everything at Laurentian.

“Because I am 5-foot-9, I was pretty versatile and depending on how we wanted to set up our lineups to match other teams, most of the time I would play either a three or a four,” she said. “I would rather be a forward but I don’t mind being a ball handler. I like pushing the ball up the floor quickly and I like being the swingman.”

She takes a lot of pride is all facets of her game, but is especially keen about her rebounding.

“Rebounding is the one part of the game that I have always brought with me. I was always told that defence wins games and you do that by rebounding.”

Her goal for her final season at Laurentian was to finish in the top 10 in rebounding in the OUA.

“I set my mind to it and I did it. I ended up being second in the league in defensive rebounding and being my size that was a little unexpected,” she said. “You have find the ball, decide where it is going to go and that comes down to IQ and hustle. You just have to get your butt into the paint and work for it.” 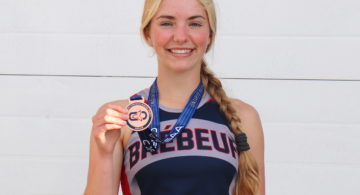 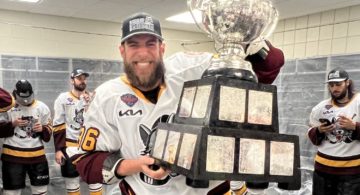