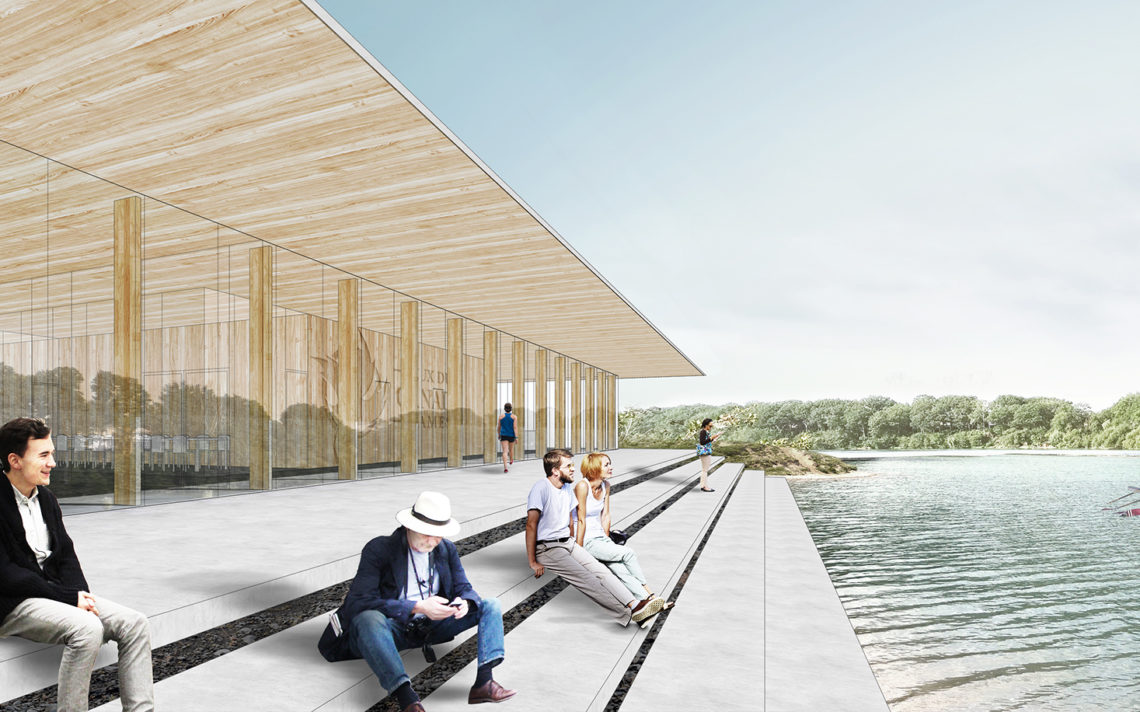 The $8 million Henley Rowing Centre has taken a long time to go from pipe dream to construction on Henley Island.

“There have been various forms of committees on the island probably going back around 20 years,” said Doug Kerr, a past president of the St. Catharines Rowing Club and the Henley Island representative during construction of the centre.

“We got pretty serious about 15 years ago and formed a committee with all the user groups.”

“We talked to everyone on the island to see what their needs would be in some sort of facility. We hammered away at that for number of years and refined it down,” Kerr said.

As time moved on, it became more and more of an exercise in frustration.

“It was more planning and planning and the building kept getting smaller and smaller with smaller components. It didn’t meet everybody’s needs any more because we were trying to get it down to a reasonable construction cost,” Kerr said. “It was something that wasn’t financially feasible for Brock, Ridley and the St. Catharines Rowing Club. We are public clubs and we are trying to keep our prices down and we didn’t want to raise fees to build a training centre.”

The multi-million dollar price tag was a huge stumbling block.

“We never could get it off the ground due to building costs. If was something we always wanted and needed but we just couldn’t achieve it. And then we got lucky with the Summer Games,” Kerr said.

Lucky indeed. As one of the legacy projects related to the 2021 Canada Summer Games, the new facility is expected to be completed in the fall of 2021 and will be funded primarily through support for the Games provided by all levels of government.

With Canada Games legacy funding secured for the site, all the island’s user groups met again in February 2019.

“Everyone sat in a room and we made a final decision on what the layout would look like,” CHRC commissioner Bill Schenck said. “It wasn’t an easy decision to make because, as you can imagine, there were quite a few people who wanted to have a rowing tank as part of it. The decision had to be based on cost and whether we could afford it or remove some of the other amenities.”

In the end, the centre, being built by Aquicon Construction, will be a 6,000-square foot facility including: fully accessible universal change rooms; fitness rooms with rowing ergometers and other exercise equipment; and, multi-purpose training, event and administrative/support space.

Environmental sustainability was a key component of the project for the Canada Summer Games host society.

“The facility is a mass timber and glass structure and includes solar panel array to support the hydro usage,” said Matt Hill, the Canada Summer Games senior manager of legacy and infrastructure. “The exterior glass walls are capable of opening in large sections to allow for natural airflow and cooling.”

Those attributes will help reduce the costs for the operators of the facility.

Kerr describes the new facility as a game-changer for the island and the athletes who will use it.

“It is geared towards the athletes, for sure that is the main function, and I see it being used from learn to row right up to our high-performance athletes,” Kerr said. “It will be a multi-purpose building but the main functions are an erg room with 30 ergs, accessible washrooms which are a very large need on island, and at the back of building there will be a weight room.”

The centre is also a game-changer for regatta organizers.

“It can also be used as a flex space during regattas, for office space, weigh-in space, medical space, whatever they need for Schoolboy, the Henley, the 2024 world rowing championships coming up,” Kerr said.

Schenck is thrilled about the new facility.

“When you talk about St. Catharines, one of the things that has been lacking has been a year-round training facility,” he said. “Although this comes with a cost of maintenance, it is something that is long overdue. To finally see it taken place and being built is pretty exciting time. When we look forward to 2024, this is one of the things that will be front and centre and used during that event.”

The island’s rowers are clearly the biggest winners.

“They will have a year-round place where they can go and work out that they haven’t had in the past,” Schenck said. “It allows them to have one place that they can call home rather than having to go back to some of the other facilities in the area.”

It’s also a place to train when inclement weather strikes.

The centre will be front and centre when Niagara host the Games in 2022.

Please help keep the BP Sports Niagara rowing in calm water by using the Support Us button located on the middle right side of our home page. Our site has 3,200 stories on it already, including many about rowing.