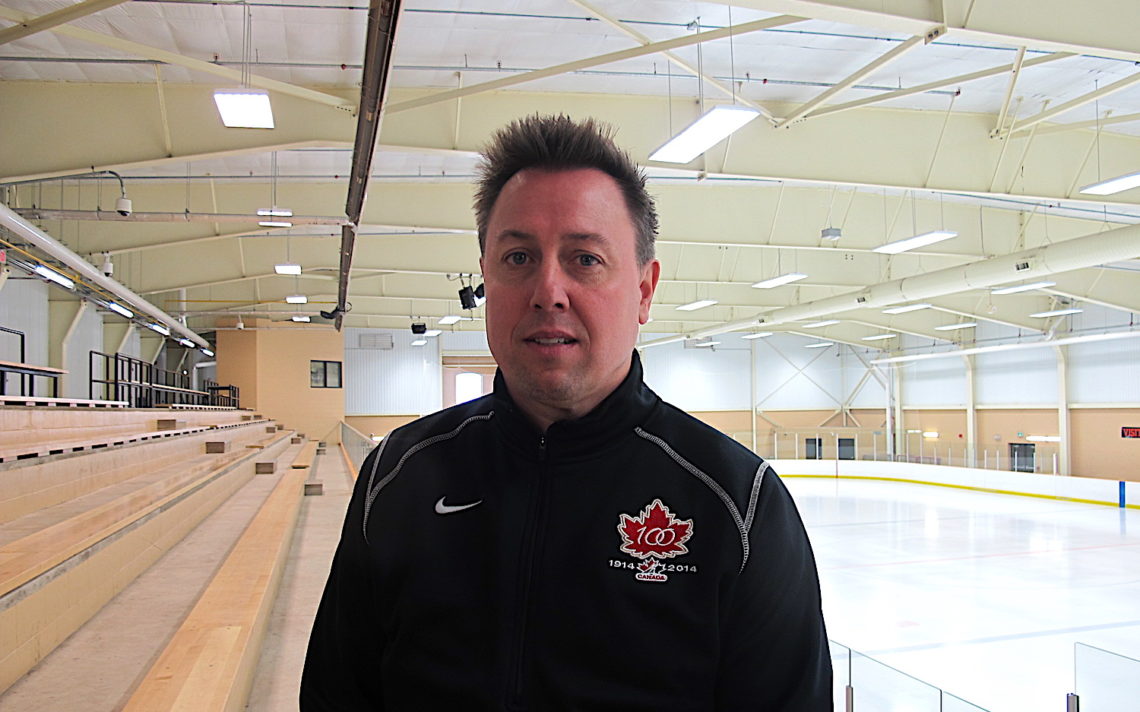 Mike McCourt knew when his contract wasn’t renewed with the Niagara IceDogs following the 2010 Ontario Hockey League season he wasn’t ready to leave the area.

With a young son at home and another child on the way, the last thing the 47-year-old Brockville native and pregnant wife Julie wanted to do was pack up everything again and move.

“We loved the area and in terms of being hockey nomads, we had kind of had enough of that. Niagara was going to be home for us,” McCourt said.

For a year McCourt worked with the Mississauga Steelheads and also did some scouting for the Buffalo Sabres before he got a call that would change his life.

Six years down the road, McCourt is a fixture as head coach of the men’s hockey team at Ridley College and has managed to turn the school’s program into a desirable destination for players looking to bridge the gap between minor and junior hockey.

“I think it’s a shock originally but then when a door closes something always opens up,” he said. “The door opened up here. They had a great vision for the hockey program here. They have a great facility so it was an exciting time.”

“Long term they wanted to elevate the program. The school is obviously one of the most reputable schools in North America. We wanted to make our program on par with the academics here and I think we’ve done a great job of doing that.”

McCourt had considerable experience with prep schools, having played four years at St. Lawrence University and seeing and talking to American teammates who experienced the process first hand.

McCourt wanted to bring that same mindset to Ridley.

“I met with the athletic director and headmaster and told them there’s no reason we can’t have great students who are great hockey players,” he said. “We can have one and the same where before I think they were kind of segregated. We should be churning our kids out for post secondary opportunities doing the things they love to do and that’s sport.

“Kids go to school and pursue their academics but the sport piece is just as vitally important to those kids. If you’re a musician or in theatre arts, you want to intertwine those passions with academics. We were all on the same page. Ridley is a very active school. They were on board.”

Over the last five years McCourt has built an impressive resume of players who have moved on to higher levels of hockey including current Erie Otters Christian Girhiny of Thorold and Carson Edwardson of Niagara Falls.

Overall, McCourt says the school has had seven players move on to Division I schools, another dozen in major junior hockey, and 10 more at tier 2 or junior B.

“We said we want to bring in character kids who were great students and great athletes and if we can help push them on the next level, then that’s great,” he said.

McCourt does more than just coach. He also coaches physical education and is responsible for the players away from the rink as well.

“I wear a lot of hats. I oversee a lot of things,” he said. “Recruiting is one the biggest things so I get out to a lot of minor midget games. Our umbrella is wide reaching in terms of our recruiting. We bring in kids from all over.”

McCourt is also justifiably proud of the way the program has managed to balance sport and academics. He said his players averaged 85 per cent in their studies last season.

The Tigers play 62 games in two leagues in Canada and the United States. Toss in five days a week on the ice and three days of weight training, and academics could quickly take a back seat.

“We have academic advisors and monitor grades and try and push kids along. We travel with a couple of faculty members on each trip and run study halls on the road,” he said.

For the first five years, the McCourts lived at Ridley and were house parents for 70 females in a dorm. His 6-year-old daughter Ella attends school there while older brother Riley is a member of the Hamilton Bulldogs after playing junior B most of last season with the St. Catharines Falcons.

It seems like McCourt has found a long term permanent home.

“It’s great. I can’t say enough about the school and how they treated our family,” he said. “It’s a very tight-knit community. People who come on campus for the first time they are shocked. They didn’t know it was here.”