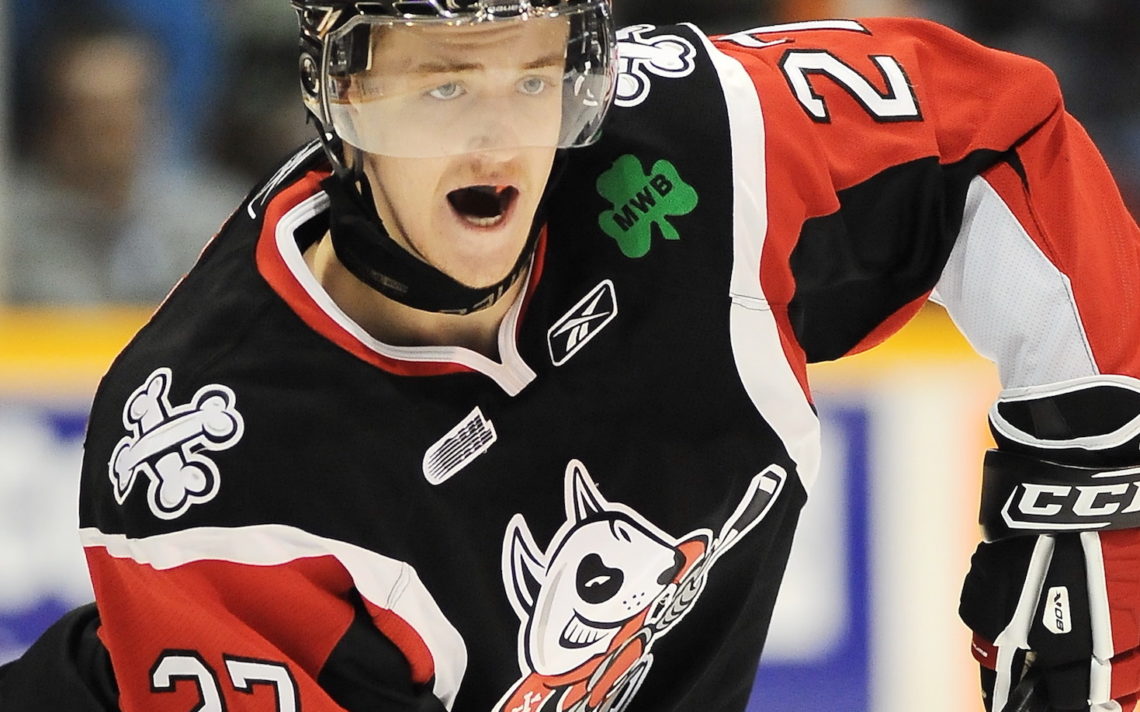 Hamilton living up to expectations

Dougie Hamilton, seen here as a member of the Niagara IceDogs, is having a strong season with the Calgary Flames. Photo by: OHL IMAGES.

It has already been five years since Dougie Hamilton suited up for the Niagara IceDogs.

Hamilton, one of the top defenceman to play in Niagara, finished up his Ontario Hockey League career in half a season in Niagara before joining the Boston Bruins during the NHL’s lockout shortened season in January of 2013.

Fast forward and the 25-year-old St. Catharines resident is already wrapping up his sixth season in the National Hockey League with the Calgary Flames.

Hamilton admits he doesn’t know where the time has gone.

“It’s pretty incredible just looking back on it. When I was in the OHL, I felt like I was there for a long time and then now I’ve been in the NHL longer than I’ve been in the OHL, so it’s kind of crazy thinking about that,” Hamilton said recently, when the Flames were in Buffalo. “It goes by really fast. Everyone says that and it’s so true. You just have to try and enjoy every moment.”

Hamilton spent three seasons with the Bruins where he quickly established himself a one of the top young rearguards in the NHL. He was traded to the Calgary Flames in exchange for a first-round draft pick (Zachary Senyshyn) and two second-round picks (Jakob Forsbacka-Karlsson) and (Jérémy Lauzon), all in the 2015 draft. Hamilton then signed a six-year, $34.5 million contract with the Flames worth $5.75 million annually.

Hamilton was pegged as a can’t-miss prospect in the OHL and has more than lived up to that billing.

“Growing up, you’re always wanting to make the NHL and all through junior the same thing, trying to be in the NHL and when it happens it’s almost a little surreal,” he said. “It happens quick and you just do your best to jump into it.

“Now you look back on the OHL and my first couple of years in Boston and you realize you could do some things better and also that some of those moments were so good and so enjoyable. You look back now and you try and enjoy the full process and the ride and the journey.”

Hamilton enjoyed his time in Boston and has made the adjustment to playing in Canada. 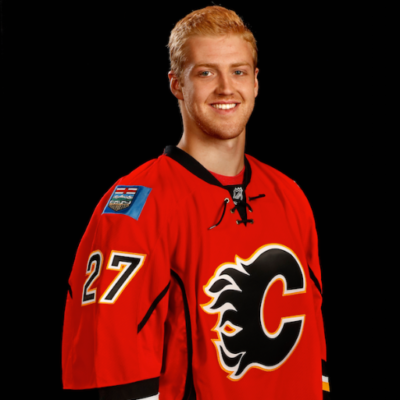 “There’s not too much difference with the markets and the media,” he said. “Boston is pretty big. Everyone says how the Canadian markets are big, but Boston is probably one of the bigger one and has it’s own New England Sports show. There’s a lot of attention on the guys there. Other than that it’s similar.”

Hamilton is enjoying another strong season with 15 goals and 40 points in 70 games. He normally plays with Calgary captain Mark Giordano on what is arguably the top defensive pairing in the league.

“It kind of happened a little bit into the start of last season and we’ve been together ever since,” Hamilton said. “We have some good chemistry with each other and we know what each other likes and brings. We have a similar mindset in the game so I think that helps us.”

“He can play in any situation and he’s a guy other teams are trying to avoid matchups against,” said Wills, who got his broadcasting start doing Golden Horseshoe junior B games. “They are trying to avoid having their top lines out against that pairing. It says a lot about how far Dougie has come defensively.”

Hamilton spends his summer at home in St. Catharines with brother Freddie and parents Doug and Lynn Hamilton. Freddie, who also played for the IceDogs, spent part of the season with the Flames before being dealt to the Arizona Coyotes.

“We like it there so it’s fun to come back and see everything. It definitely brings back good memories,” Hamilton said of coming home.

Hamilton has seen an IceDogs game at the Meridian Centre as well as boxing and a River Lions game and came away impressed.

“It’s awesome for the city and just going to the games and events there it’s pretty cool.”

Having said that, Hamilton loved his time at Gatecliff.