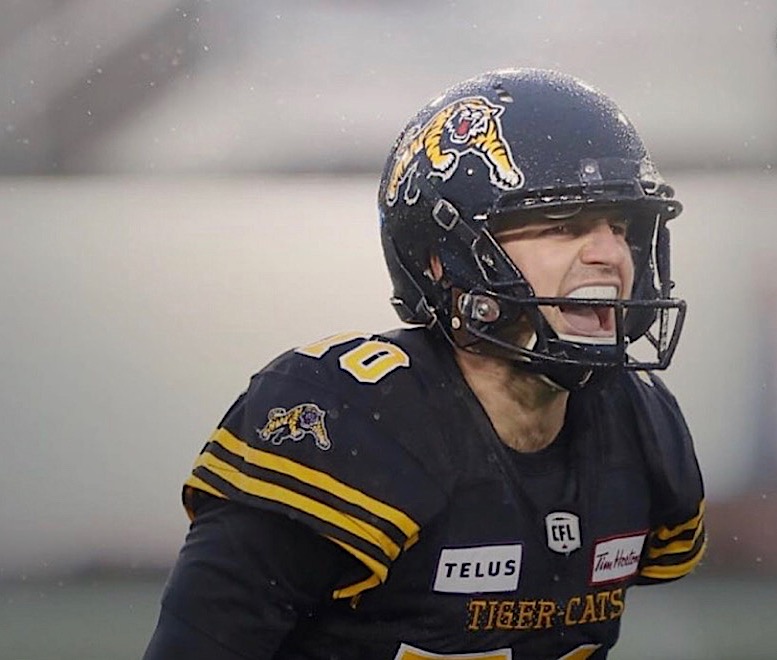 It seems like a lifetime ago when Lirim Hajrullahu was convinced by coach D’Arcy McCardle to join the Governor Simcoe Redcoats football team in Grade 10.

On Monday, the two-time CFL all-star kicker saw his career booted to the next level when he signed a contract with the NFL’s Los Angeles Rams.

The Rams sent the contract by email to Hajrullahu and it was up to his wife, Deniza, to record the momentous occasion in their Oakville home.

“I wanted to sign it in front of my parents and close family members, but because of COVID and how fast everything happened, my wife was holding three phones: hers to videotape me signing; one for my parents; and, one for her parents,” he said, with a laugh. “She was saying that she didn’t know how to do it and it was a surreal moment, and just a dream come true.”

The former Western Mustang has spent the past 48 hours being overwhelmed with best wishes.

“The last two days have gone really fast. I am trying to be respectful and communicate with my friends and family. I have received a lot of congratulation texts and e-mails and it has been great so far.”

After hitting 47-of-55 field goals and recording a 43.1-yard punting average last season to help Hamilton post a league-best 15-3 record, Hajrullahu was able to secure his release to chase his NFL dreams. For the past several months, his Detroit-based agent, Dr. Da-I Ping, has been talking to several NFL teams.

“He was very good in everything that he did and he was 100 per cent great with the transparency even if it was good or bad,” the 29-year-old said. “Throughout the whole process, it has been amazing how awesome he has been. I had a different agent before and this guy is one of a kind.

Hajrullahu attended a combine for free agent kickers in Phoenix, Ariz., in March and placed fourth out of the 100 kickers in attendance.

“I did extremely well there, a lot of coaches took notice and afterwards I talked to a few teams,” he said. “They were told that I had been in the CFL for the past six years and a couple were wondering where I had been the whole time.”

Things heated up with the Rams in the last couple of weeks when their veteran kicker Greg Zuerlein signed with the Dallas Cowboys after playing eight seasons for Los Angeles.

“Their special teams assistant coach was at the camp in Arizona in March and they took a liking to me. We stayed in contact with them.”

The Rams also signed former XFL kicker Austin MacGinnis and he, Hajrullahu and likely a few others will battle for the job.

“It is definitely a competition and it is everything I wanted,” the five-foot-11, 205-pounder said. “I am not going into a position where I am guaranteed X amount of dollars already, but I am in a position to win a job and play for the Los Angeles Rams.”

That role is nothing new for Hajrullahu.

“I have been through six CFL camps with competition every year except one,” he said. “They always bring guys in and you have to worry about yourself and focus on you. I have been preparing for this moment for a long time so now it is just going out there and doing it.”

He credits coaches Ken (Coach Kick) Urquhart and Darryl Wheeler for getting him ready for his NFL opportunity.

“Those two guys have really helped me prepare for those camps, the last six seasons in the CFL and even before that,” he said. “I have known those guys for more than 12 years and I am a product of what they have built.”

In non-pandemic times, Hajrullahu would now attend organized training sessions with the Rams that usually last three or four days, but the latest news he has heard is a possible training session in mid-May.

“I’m still training and not much has changed but I am being extra cautious when I am moving in and out of places.”

Hajrullahu, who was born in Kosovo and raised in St. Catharines, fondly recalls his football roots at Governor Simcoe and McCardle’s initial urgings.

“I told him it was too dangerous and I would brush him off all the time. He kept asking and asking for me to try it and he knew me coming from a European background and playing a sport every single day, I would fall in love with the game and that’s what I did,” he said. “I went out for one practice and I fell in love with the game.”

He started playing in Grade 10 and by his Grade 12 and 13 years, he never came off the field except for when the other team was kicking. He started at right tackle in Grade 11 and by Grade 12 he was playing linebacker and offence.

“I had some great memories and I would like thank coach McCardle, coach (Jamie) Brophy and coach (Cam) Donevan.”

He ended up being recruited to a few universities and signed with Western, where he enjoyed a five-year career and took a degree in business. 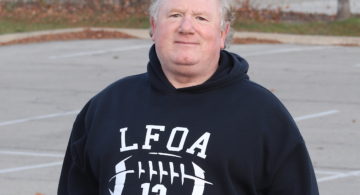 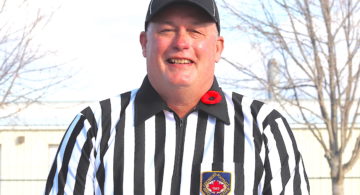 Reffing to the Max 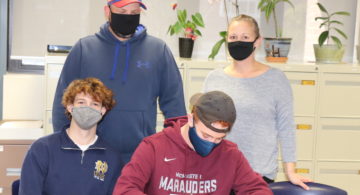