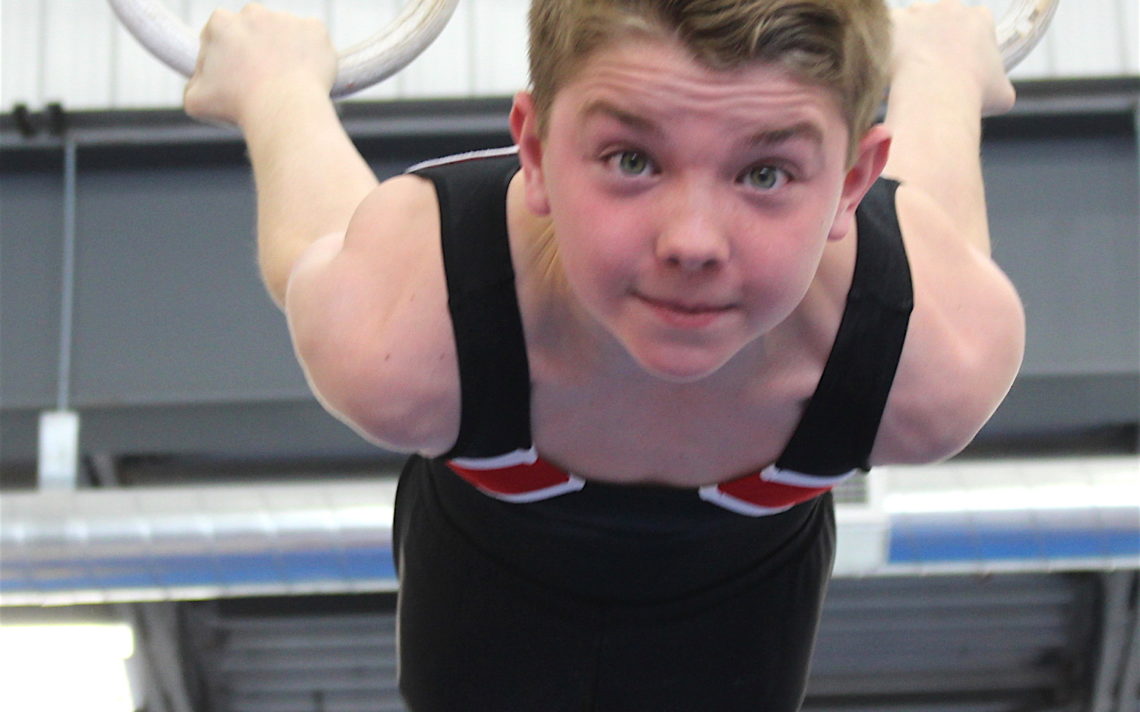 Gymnast is small but mighty

Will McNevin is the second smallest kid in his Grade 6 class at A.K. Wigg in Fonthill, but he’s one of the strongest.

His pint-sized but powerful physique landed the soon to be 12-year-old in the Gymnastics Energy gym in St. Catharines.

“My parents decided to put me into gymnastics because I was strong,” he said. “Then I went to Lightning (gymnastics club in Niagara Falls) and after a bit, since they didn’t have a boys program I found this program.” 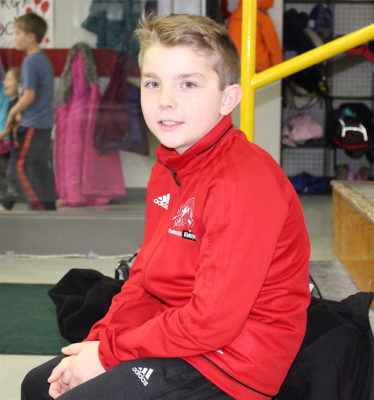 It wasn’t love at first sight.

“It took me a while before I started to like it,” he said. “I thought it was kind of boring and now I think it is fun.”

He has been training in gymnastics for the past six years and has liked the sport more and more each year.

“At the start, I didn’t know as much as I know now about it and I didn’t get to do a lot,” he said. “But now I do bigger skills and it is a lot better.”

Will trains 16 hours a week spread over four days during the winter. In the summer, he trains 18 hours a week.

“I like hanging out with my friends here,” he said. “I like the gym and the coaches are always nice. And it is really fun to train.”

“He comes in and he wants to work hard and he just wants to get better,” he said. “Every time he comes in, he is always asking what events we are going to do next or if he can do another.”

Will is never fearful of trying new things.

“He is always trying to push himself and he always wants to better himself,” said Struger-Kalkman, who has coached Will for the past year and a half. “He is a real pleasure to coach.” 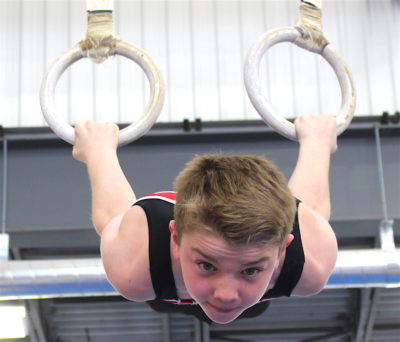 Will is having an excellent artistic gymnastics competitive season in 2017-18.

So far this season competing in the Provincial Level 3 under 13 division, he was: fourth overall and fourth on the rings at the first provincial qualifier; second overall, second on parallel bars, third on vault, third on floor and fourth on high bar in second provincial qualifier; and, third overall and on the vault, fourth on parallel bars and high bar and fifth on the floor and fifth overall in level and age category at the third qualifier.

Wills feels there are a number of things he need to work on.

“I have to tuck my head in on everything,” he said.

His goals for the sport are more about process than results.

“I would like to use the skills that I am learning right now in competition,” he said. “I’m pretty close, I would say.”

He has no real long-term goals for the sport.

“I would like to get better than I am now,” Will said.

In addition to gymnastics, he plays house league baseball in the summer. 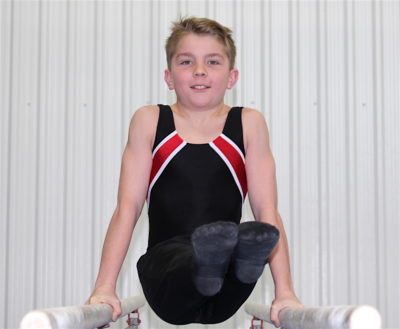 “The running in gymnastics helps me when I am running the bases,” he said.

Struger-Kalkman has seen steady progress in Will.

“From the day I started with him, he has been pushing himself and trying to improve his gymnastics,” he said. “He has to continue to push himself and the biggest hurdle for most (male) gymnasts is the pommel horse.

“In a couple years, he is going to have to deal with the handles and that is a big challenge for everyone, but if he keeps working at it the way he is, it won’t be so difficult.”

Right now, Will and his competitors use a pommel horse without handles. It won’t be until 2019 when Will will have to get a handle on handles.

“We are looking to move him up to Provincial Level 4 (this year) and it’s Level 5 when they introduce the handles,” Struger-Kalkman said.

On the strength of his results this year, Will and four of his Gymnastics Energy teammates have been selected to compete with Team Ontario at the MAG Tour in Calgary, Alta.

He is excited about competing in Calgary.

“I’m looking forward to meeting gymnasts from other gyms and being around the team (Team Ontario).