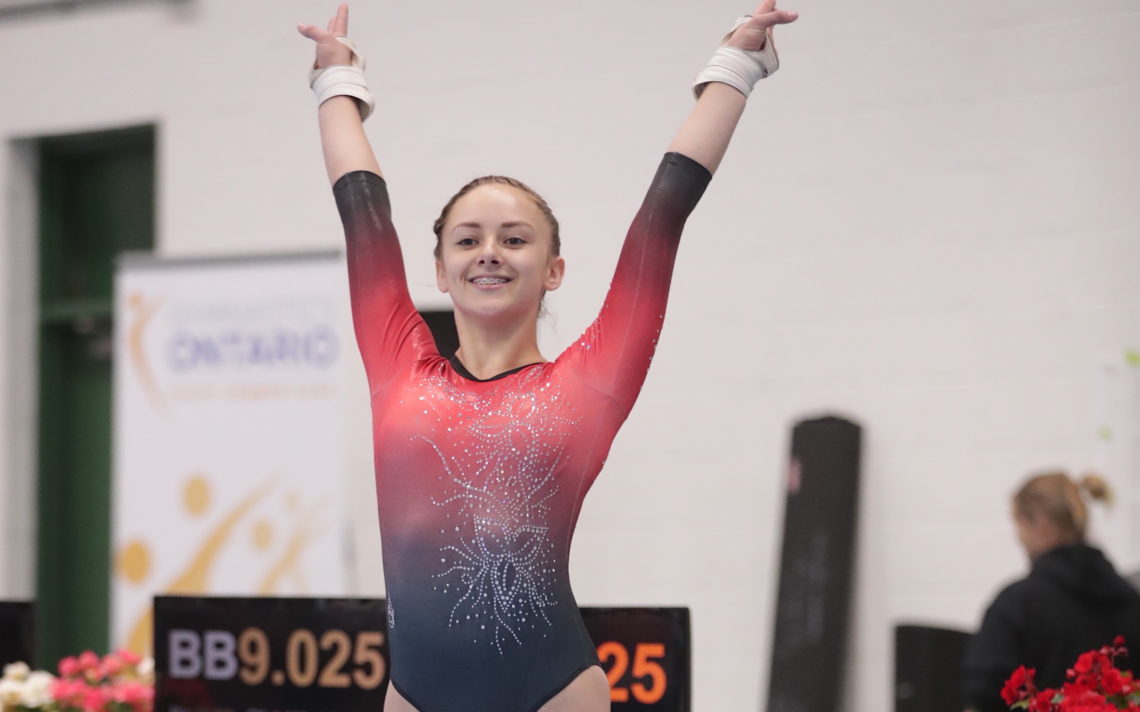 “I was hoping to place in the top 20 and I was trying to at least get on the podium for one of my events,” the Gymnastics Energy member said.

The Grade 8 student at Twenty Valley Elementary School not only surpassed her goals, she left them in the dust. She placed first in the floor and vault, was fourth on the beam and placed an impressive fourth overall. 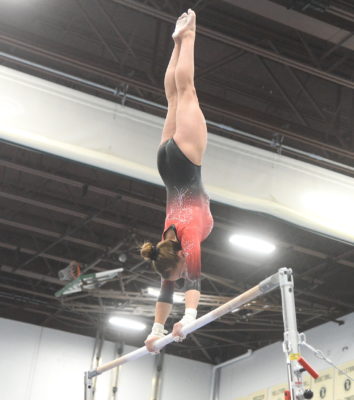 The 13-year-old started strongly at the Eastern Canadians and just kept on rolling.

“After that happened, I was really excited about my score and excited to go on to my next event.”

When the competition was over, Jazmine had a few anxious moments to see how she had finished in the all around category.

“When we were waiting for the awards, I was kind of thinking that because I fell on bars maybe that put me down and I didn’t place as well,” she said. “I was getting nervous and then I was called up to get fourth place overall and that made me really happy.”

The whole experience was eye opening for Jazmine.

“It’s not so much the gymnastics itself, but it’s taking the moment and realizing how amazing the experience is to be there and surrounding yourself with all the best in Eastern Canada.

“That is such a great moment to take in.”

Nothing about the Eastern Canadians caught her by surprise.

‘My other teammates were very good overall and they were probably my hardest competition there.”

She is inspired to move onward and upward in the sport.

“I am hoping to do better, but at a higher level,” Jazmine said. “And I would like to learn higher skills and do them well.”

After competing in the prestigious event, Jazmine had four days off and then it was right back to training.

“I liked the break, but I was missing it,” she said.

Jazmine plans to continue training over the summer and she will be in the gym four days a week. She has yet to decide if she is going to do a six-week or a nine-week training schedule.

Jazmine qualified for the Eastern Canadians with a fourth-place all-around finish in the Level 7 age 14 division at the Women’s Artistic Gymnastics Ontario Championships held in Amherstburg.