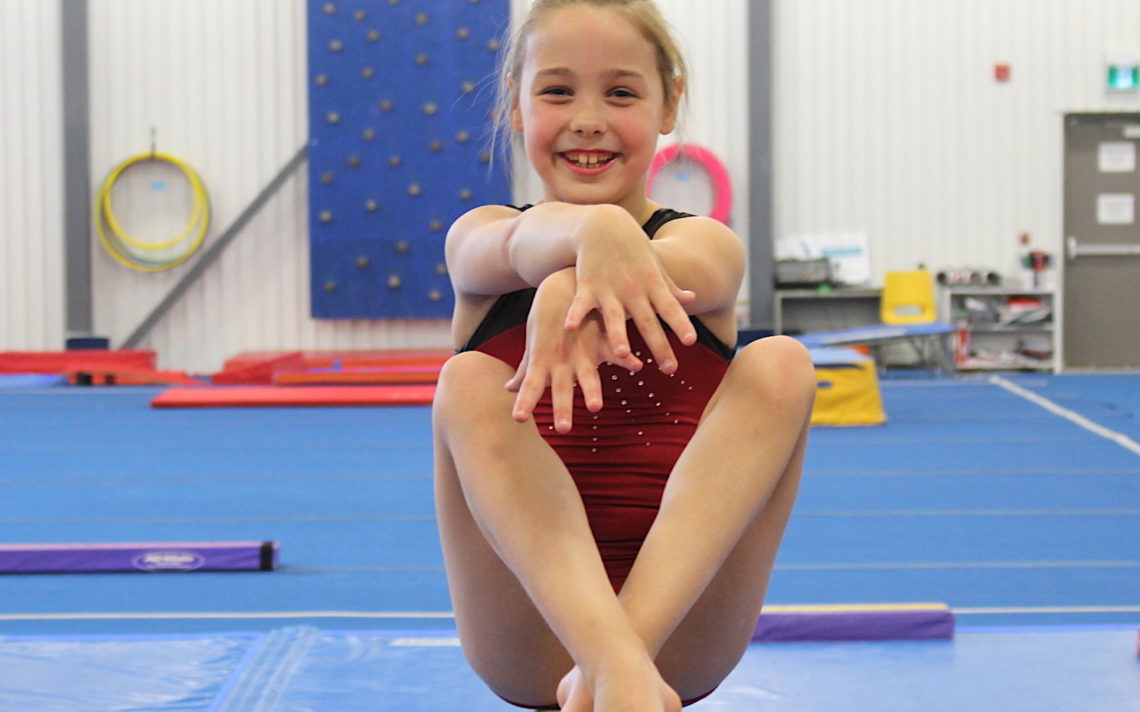 Jaylee Bijakowski has made a spectacular debut in competitive gymnastics.

The nine-year-old Gymnastics Energy member went undefeated this season at Level 4, capturing all four provincial qualifiers and then placing first all around at the provincial championships on the strength of winning the bars and beam, placing seventh on the vault and 10th on the floor.

“It’s pretty unusual,” Gymnastics Energy coach Amy Teetzel said. “Usually there’s sort of the Curse of the First is what I call it. If you are leading the pack going into provincial championships, it’s very unlikely you end up winning provincials as well. 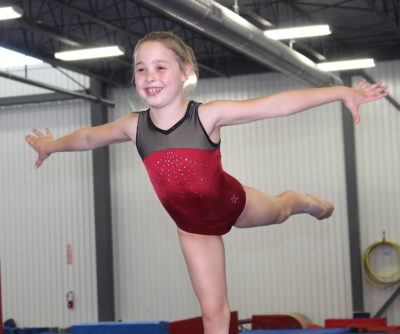 “That is an anomaly there.”

The Grade 3 student at Twenty Valley Public School had high expectations heading into her first year of competitive gymnastics.

“I was kind of nervous, but I thought I would do well because I knew I was really good at it,” she said.

She trains four days a week for four hours a session at the club and has never not wanted to go to gymnastics.”

“I just really like to do lots of skills and hang out with my friends,” she said.

Jaylee loves coming to the gym.

“I like to learn new skills and work hard all the time,” she said.

Coming to the club since she was 18 months, Jaylee made an immediate impression on Gymnastic Energy’s coaching staff.

“I actually bumped her out of parent and tot early,” said Tina Ives, who coached Jaylee from her arrival until the gymnast turned five. “As a coach, you just know. She was strong and she did whatever. She didn’t have that fear at 18 months and all the way through.”

The talented gymnast made rapid progress through the various levels.

“Jaylee is a product of our feeder programs working at their best,” Teetzel said. “She started at parent and tot at age one and half and has been in our gym since then, every session and every year.”

Teetzel expects Jaylee to advance quickly into the higher levels of gymnastics and describes her as the complete package.

“She’s pretty flexible, extremely strong, very powerful and she has a lot of fast twitch muscles in her. And if you see her, you would be amazed at the strength of her core.”

Jaylee is able to climb a rope from the floor to the ceiling without using her legs.

“She has a really good spatial awareness too and is comfortable in the air and confident in herself and her abilities,” Teetzel said. “I think the thing that gives Jaylee the edge on a lot of other athletes is that she is really enthusiastic and obsessed with gymnastics. Every time she is in line, she is bouncing around.”

Jaylee’ undefeated season came with a few challenges. During the year, she developed a small fear of back tumbling but was able to work through it without losing any of her skills.

“She was able to able to stay on top of the back while having this small battle,” Teetzel said. “It was really impressive to see a nine-year-old girl persevere like that.”