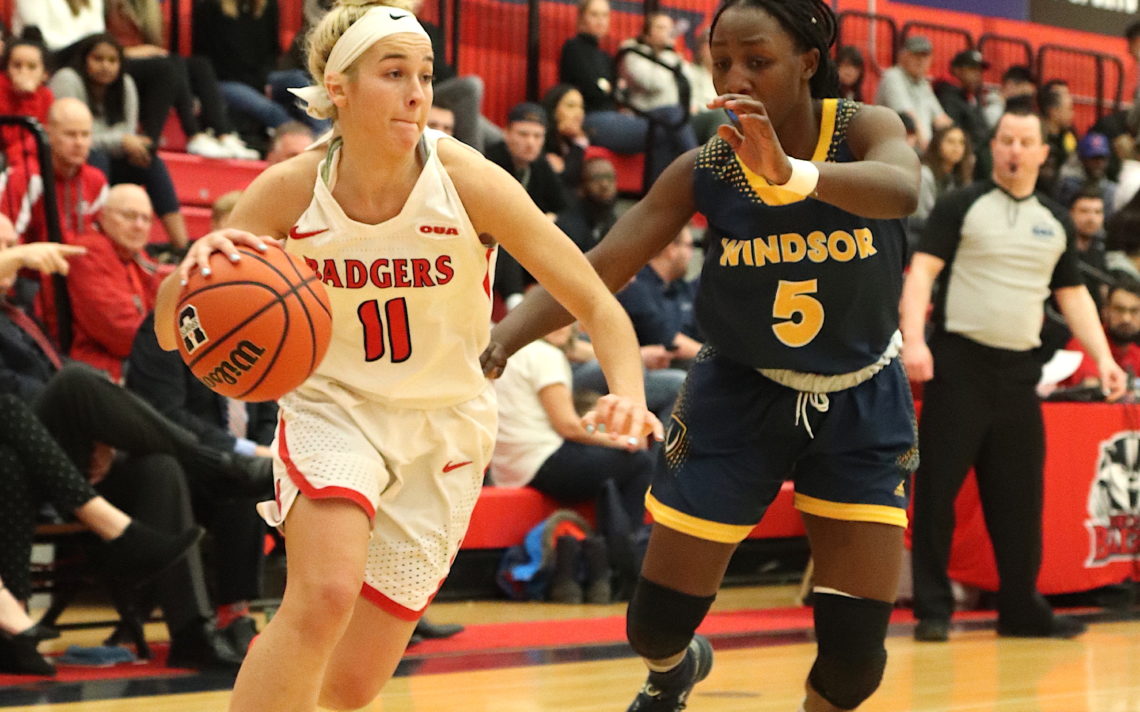 Gym rat the best in Ontario

The 23-year-old Ancaster native started her career as a member of the OUA All-Rookie team and is concluding it as a First Team All-Star and the OUA Player of the Year. She is also signing off as an OUA champion with a chance to add a U SPORTS crown at this week’s championship in Ottawa.

“It’s really special, but I have to give credit to my team,” the 5-foot-4 point guard said. “I would never have been looked at if we didn’t have a winning record or the fact that we have some more scorers which left me open more this year.”

Tatti has also benefited from the coaching of Mike Rao. She credits him for improving her shooting to the point where she led the OUA in scoring average with 18.5 points per game and had a streak of three straight 30-plus games. 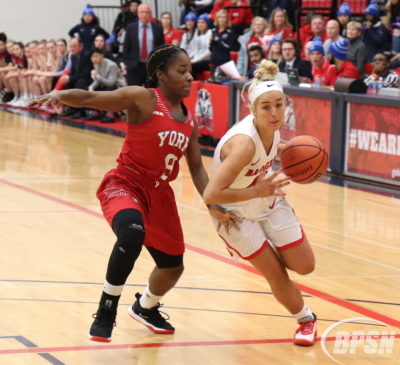 Rao is at a loss for words to describe his fifth-year guard.

“She is the player of the year. I don’t know what else to say,” he said. “She is our heart and soul and I don’t take her off.

“I think she is looking forward to taking a break because it has been two years and she has maybe come off the floor once or twice.”

Looking back on her season, Tatti knows exactly when she  caught a breather on the bench during games. Both times it was in blowout wins over UOIT and Algoma.

“In the last nine games, I haven’t come off once.”

At the conclusion of games, Tatti might look a little redder in the face but she continues to perform at the same or higher speed than her more-rested opponents.

“Even last year, I played 40 minutes a game and I am so used to it now,” she said. “I feel if I came off I would be confused and I wouldn’t be able to get back into things.

“I love being out there and I know how to pace myself.”

“We run the beat test and I know I have the best on the team,” she said. “I have to thank Taylor because he gets us in the best shape possible.”

Tatti has been able to put up all-around excellent numbers this season in addition to scoring. She was second in the OUA in assists, averaging 6.6 per game, was third in steals (2.5 per game) and pulled down 4.7 boards per game.

Rao points to Tatti’s dedication to training as the reason for her dominance.

“She’s a gym rat. She is in the gym all the time, with or without me, and she’s playing against guys.”

Not that she needed any help, but Rao has pushed her to be even more gym rattier.

“If he’s mad at me and he says something about me missing a couple of open layups, he tells I need to get in the gym,” she said. “But he knows as soon as practice is over, I am doing extra layups or getting some extra shots up.”

The social sciences major is delighted to be heading to the U SPORTS championship and is telling her younger teammates to make the most of the opportunity.

“Before the Ryerson (OUA final), game, I was in the team room with Mary (Ivison), a first-year player, and I said, ‘This isn’t normal.’ We went four years and we weren’t even close,” she said. “I told her to take every moment of it in because she might not get another opportunity.

“I am honestly doing the same thing because I know this is my only chance and my last chance.”