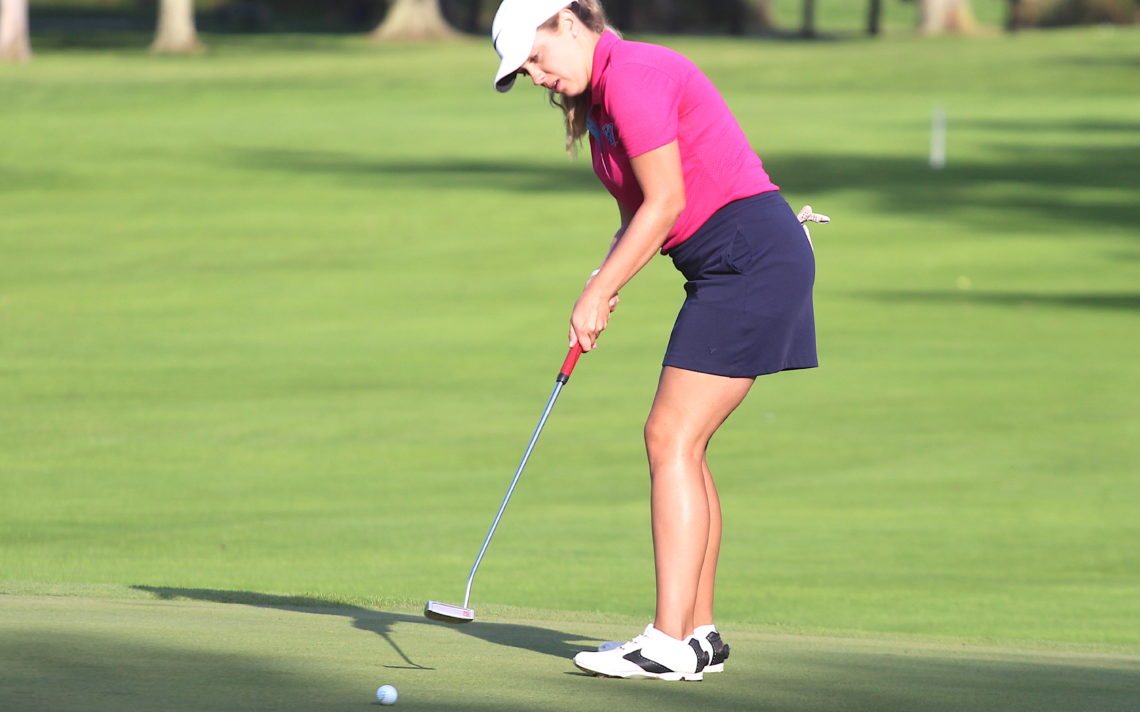 The men’s division of the 70th Annual Walt McCollum Champions of Champions golf tournament came down to an all-Golf Town playoff Saturday at the Port Colborne Country Club.

In the end, Port Colborne’s Matt Graham, the 32-year-old manager of Golf Town in St. Catharines, sank a 15-foot birdie putt on the first playoff hole to defeat Lookout Point’s Luke DelGobbo, a 16-year-old employee at Golf Town and the reigning Canadian juvenile (under-17) champion.

“I know Luke well,” said Graham, a former Ontario junior boys champion. “I follow his game and we are pretty good friends and I knew that he would be good.

“We have definitely become friends and this was pretty cool.”

Graham is a huge fan of DelGobbo, who placed seventh overall among junior-aged golfers at the Canadian championships.

“I probably see a little bit of a younger version of me in him,” Graham said.

Graham made a bogey on the 14th hole during regulation play by hitting an iron off the tee so he changed up to a hybrid and hit it 76 yards from the green in the playoff. He hit a 60 degree wedge to about 15 feet. After DelGobbo knocked his birdie putt six or seven feet past the hole, Graham drained the winner.

“Even if I missed the pressure was on him to still make that putt, but that wasn’t what I was thinking,” Graham said. “I wanted to make that putt.”

It was big win for Graham, who only plays twice a week and doesn’t practise much at all.

It was the fourth men’s Champion of Champions title in his career, with previous victories coming in 2010, 2012 and 2013.

“It’s very special to win, especially here on my home course.” Graham said. “Our new owners have done so many good things here and I know they wanted to host this tournament but they just wanted to wait until everything was done and ready to go.

“This year was the perfect year for it and you saw that with the amazing attendance today with how many members came out and supported us. It was fantastic.”

“I putted well today,” he said. “Two of the birdies were two putts on par fives, but the other four were 15 to 20 feet.”

Lookout Point’s Alex Taylor made a triumphant return the Champion of Champions tournament, firing a 35-34-69 Saturday at the Port Colborne Country Club to win the women’s division.

‘It was cool to win because I haven’t played it since then and I had gone two of two in the ones that I had played in,” she said. “Anything can happen and it was nice to get redemption since I fell short at the club championship.”

“I was glad today that I could finally get under par,” Taylor said. “I had been kicking it in the mid-70s and I was frustrated the other day because I was three under on the front nine and then I lost it, making three doubles to shoot 75.”

There was no repeat of that Friday, thanks to starting her round with a pair of birdies.

“To hold on to it after being three under par after nine today, was really good.”

This summer, she competed at the Women’s Porter Cup and the Ontario Women’s Championship and placed in the top 40 at both events. The former scholarship golfer has found it tough to keep her competitive edge going after graduating from Grand Valley State in 2017.

“That’s why I play in these tournament so I can keep that competitive edge,” she said. “You can play several times a week, but unless you play in an actual tournament, it is a totally different mindset.

“You play different golf and it was a lot of fun today.”