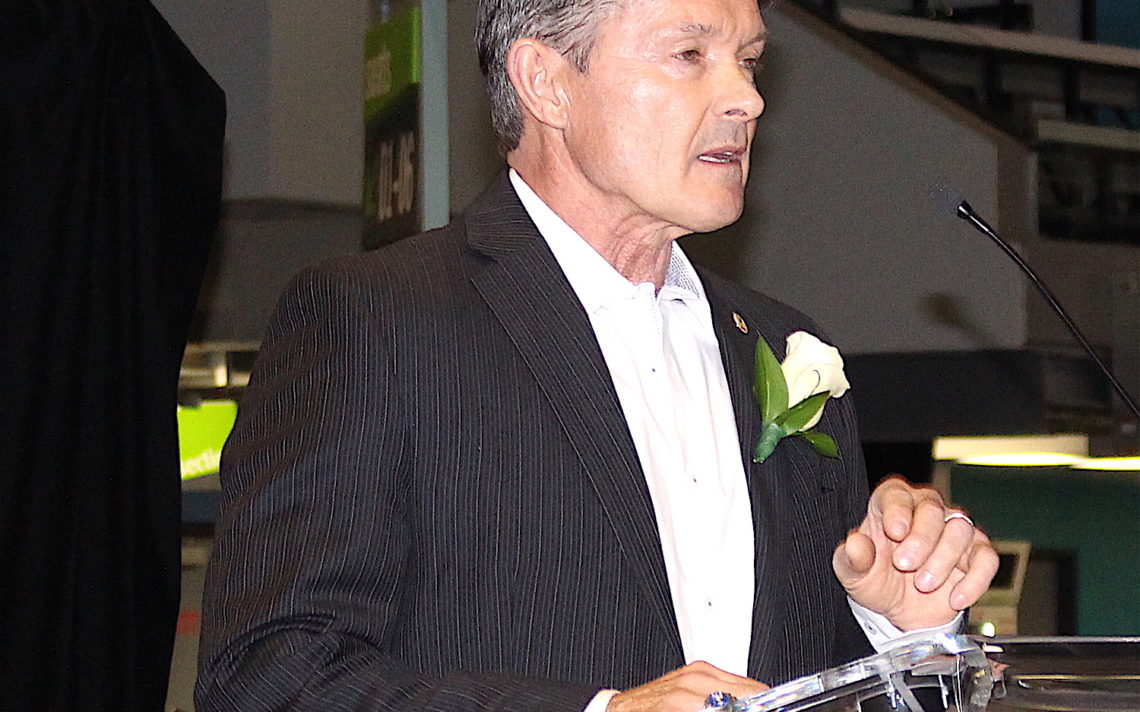 For most kids growing up in Canada, making it to the National Hockey League would be the pinnacle of their career.

Dave Gorman played three games for the Atlanta Flames back in 1979-80, but it was his time in the World Hockey Association he considers the highlight of his professional career.

Gorman, who was one of five inductees into the St. Catharines Sports Hall of Fame Thursday night at the Meridian Centre, played five seasons in the WHA for the Phoenix Roadrunners and Birmingham Bulls before his brief stint in the NHL.

Gorman, a 62-year-old Oshawa native who moved to St. Catharines when he was 12  and now lives in Niagara Falls, was drafted as an underage player by the WHA and couldn’t pass up the money he was being offered by the fledgling, outlaw league.

“What are you going to do? It was great for the players and the salaries went up.”

“Gordie was the only guy who would try and take your head off and you would still love him after the game,” Gorman laughed.

Playing against Hull brought Gorman back to a time when he was a child in Oshawa and was able to get the Golden Jet’s autograph at a parade.

“Early in that (first) season, we played in Winnipeg and in the first period I got to play my first shift against Bobby Hull. I thought back to when I was a little boy in Oshawa looking up at him and getting his autograph. I guess I had come a long way,” Gorman said, to applause.

Before he turned pro, Gorman was a standout scorer for the St. Catharines Black Hawks for three seasons from 1971-72 through 1973-74. In his final season in St. Catharines, Gorman netted 53 goals and 129 points for the Ontario Hockey League champions.

“I was living the dream,” he said.

But it was the Blackhawks failure at the Memorial Cup that season that still sticks out in his mind after all these years.

“My memory here is not winning the Memorial Cup in 74,” he said. “We went 35 games without a loss at home and undefeated in playoffs. We went to Memorial Cup in Calgary and blew our brains out. Our goalie got sent home. The team was terrible out west.

“Once in a lifetime you have a chance to win a Memorial Cup and we had all kinds of problems. With the team we had, we could have won.”

Gorman, who had a brief stint coaching the St. Catharines Falcons, is now retired. He is battling a speech problem he possibly attributes to a pair of concussions he suffered as a player.

“I got hit by Jim Dorey and was in hospital for three days. Back then it was bad.”

This is a first in a series of features on this year’s inductees. Others inducted this year are Diane Hilko, Tim Twaddle, Mark Johnston and the late Hank Ciesla. 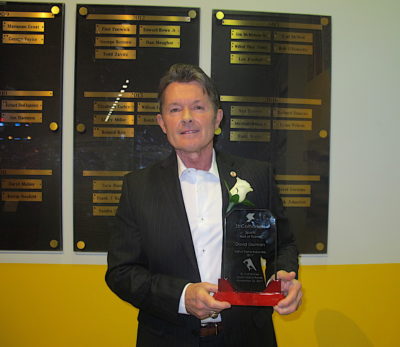