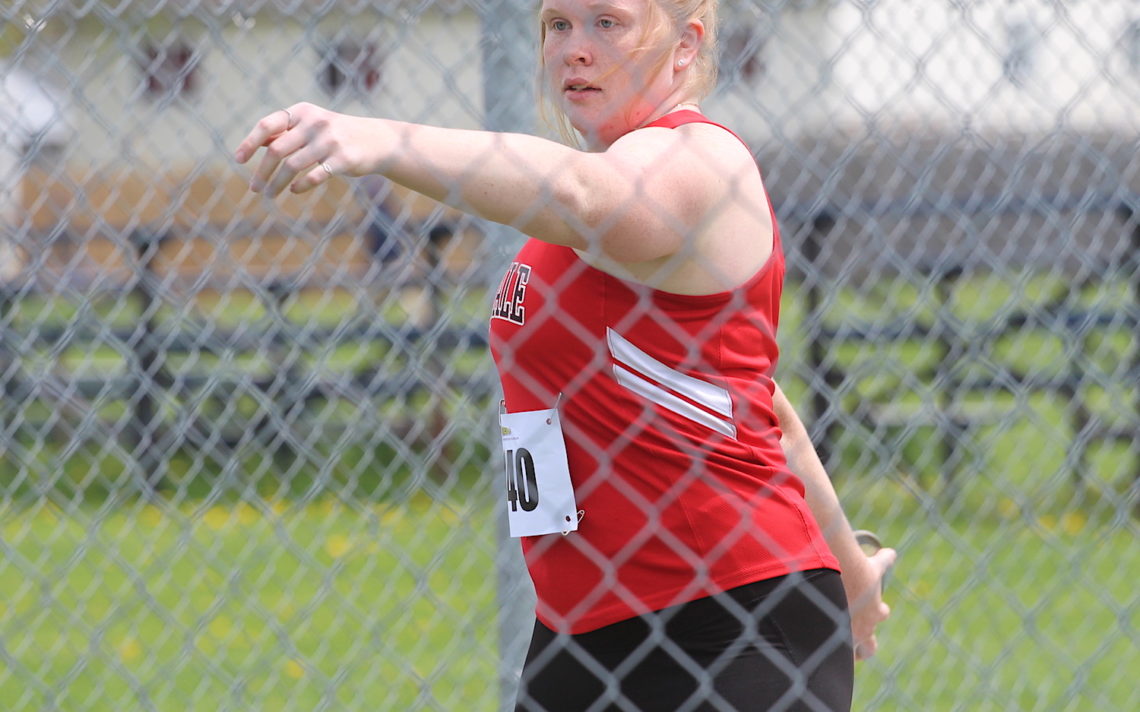 Trinity Tutti of Eastdale earned a gold in the senior women’s discus with a throw of 52.77 metres at the Ontario Federation of School Athletic Associations (OFSAA) track and field championships Friday and then added another gold Saturday in the shot put. Both were OFSAA records.

Trinity Tutti of Eastdale rewrote the record book at the Ontario Federation of School Athletic Associations (OFSAA) track and field championships held at York Lions Stadium and the Toronto Track and Field Centre.

Tutti won the senior women’s shot put Saturday with a throw of 15.24 metres,  breaking the old mark of 14.86 metres.

Friday, Tutti earned a gold in the senior women’s discus with a throw of 52.77 metres, easily outdistancing the second-place finisher by over 12 metres and setting another record in the process. The old mark wast 50.48 set last year by Grace Tennant of the former South Lincoln Secondary School.

Silver medals were awarded to Nathan D’Costa of Governor Simcoe in the junior men’s javelin and Eric Campbell of Holy Cross in the midget men’s 800 metres.

Cassandra Kemp of the St. Catharines Collegiate was awarded a silver in the women’s intellectual 800 metres.

Kanice McLean of Governor Simcoe received a bronze in the women’s wheelchair 200 metres.

Mia Friesen of Governor Simcoe placed first in the junior women’s 80-metre hurdles with a time of 11.92 second, narrowly edging out Camille Blain from Chatham-Kent, who was second in a time of 11.95.

Skotniski was the gold medal winner in the midget women’s shot put with a throw of 13.01 metres.

Owen Konkle of Beamsville placed first in the men’s 100 dash intellectual with a time of 12.06.

Silver medals were awarded to Zoe Phillips of Eden in the junior women’s 400-metre dash and  Campbell in the midget men’s 1,500.

Saldutto was awarded a silver medal in the junior men’s discus with a throw of 57.45 metres. 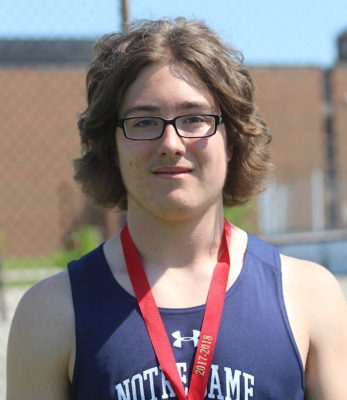 Autumn Bigger of Beamsville Secondary School was awarded a silver in the senior women’s high jump with a leap of 1.71 metres.

The following are local athletes who placed in the top six at OFSAA.

BPSN coverage of the spring track and field season is made possible with the support of the Niagara Olympic Club (https://nocrunners.com)