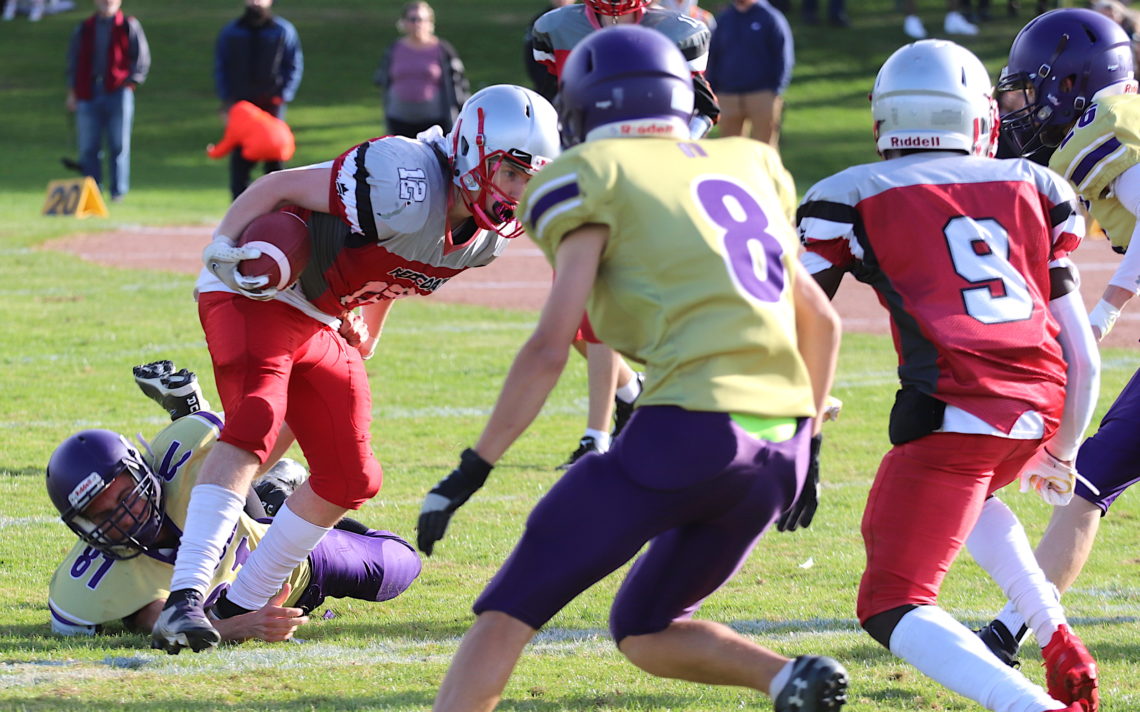 Thorold quarterback Mark Suntz tied the game in the fourth quarter on a one-yard QB keeper and then won it by punting the ball into the end zone with 13 seconds left on the clock.

“It has been a long time coming,” Thorold head coach Duane Kemp said of the victory. “We weren’t sure what to expect in our first game. We knew we would have some first-game jitters and we weathered the storm.”

Things swung in the Golden Eagles’ favour in the second half.

“The kids started to get a little confidence in the second half and we were able to move the ball a little more efficiently,” he said. “The kids fought hard all the way through and the D did a great job. All day they bent but didn’t break. I think we wore down Simcoe. A lot of their kids were cramping up and credit to our kids for working hard every day in practice on conditioning and wanting to get better.”

Kemp likes his team this season.

“We have Mark Suntz, Ethan Belward, Lucas Friesen, Kayden Gosselin who are fifth-year kids who have all come back and they have helped set the culture,” he said. “We have some other kids now who are buying in. They see what the program is all about, they saw the fans and former players who came by to wish them well and we are a true community. We are excited.

“We weren’t sure what we were going to have Week 1 but the kids showed a lot of toughness and heart and we are looking forward to seeing where this journey takes us.”

The Redcoats fell to 1-1 on the season after opening last week with a 29-0 road victory against the Westlane Spartans.

“We had some injuries and then we kind of shot ourselves in the foot, turning the ball over whether it be on downs, fumbles or missteps,” Simcoe head coach Jamie Brophy said. “Thorold has a good team but we just didn’t finish like we started.”

Simcoe has a very young roster and Brophy doesn’t know what to expect from week to week.

“We are trying to develop this team,” he said. “We start nine Grade 9s and 10s and that is a lot. We are looking to get a little bit better every week. They show a lot of heart but we have to finish what we started and we left some points off the board today. Against a good team, you can’t do that.”

Cat’s Caboose Player of the Game: Thorold quarterback Mark Suntz with a rushing TD, passing TD and winning single point on a punt.

For the Governor Simcoe Redcoats: two- and five-yard TD runs by Carter Small. 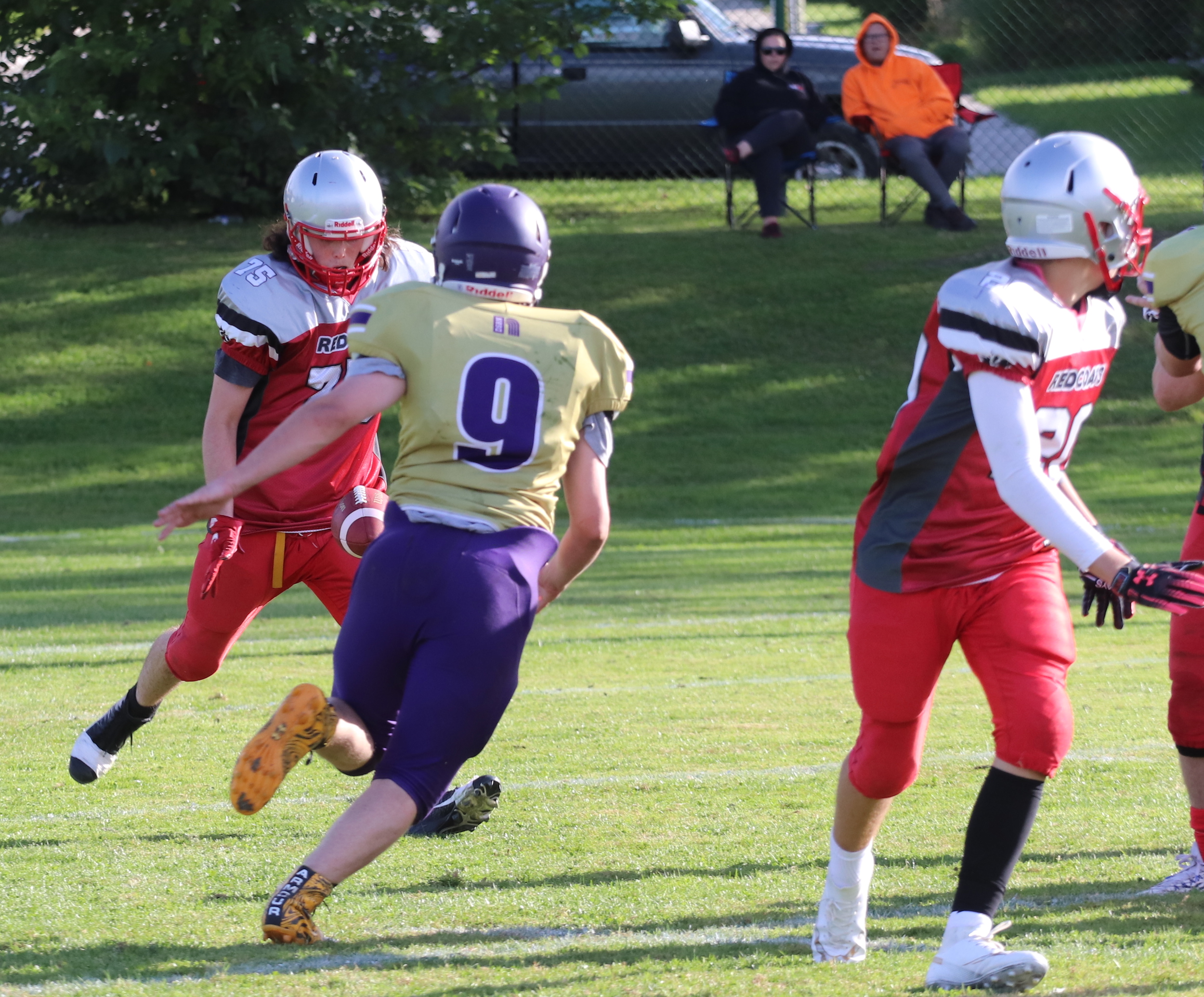