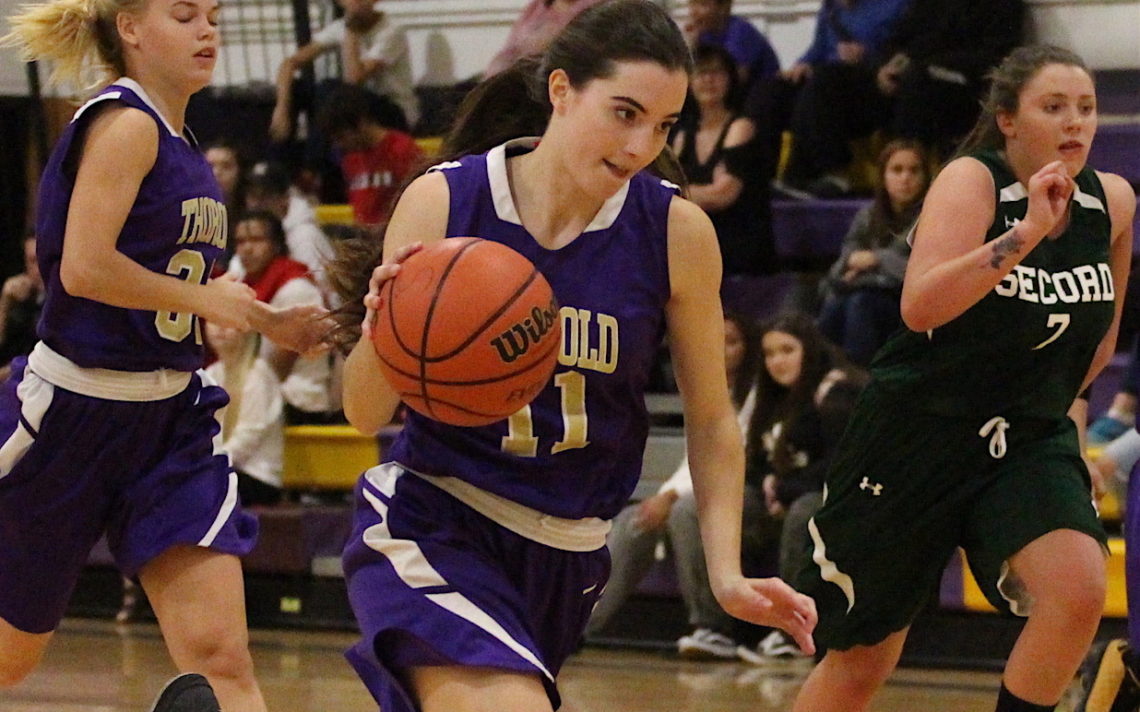 Eryka Sneath has competed in travel soccer for most of her life but made one attempt to add travel basketball to her busy schedule.

“I tried out for travel basketball in Grade 10 and I made the team, but then I realized I was just too tired to do both. There was so much driving and my parents were burning so much gas,” said the Grade 12B student at Thorold Secondary School Tuesday, after scoring seven points to help the Golden Eagles defeat the visiting Laura Secord Patriots 31-14 in Niagara Region High School Athletic Association play.

The 18-year-old has had to get her basketball fix through high school much to the delight of Thorold head coach Marc Dupont.

“She is our best athlete on the team and she’s a leader out there,” he said. “She has played with me for four years and this is her third year playing senior ball.” 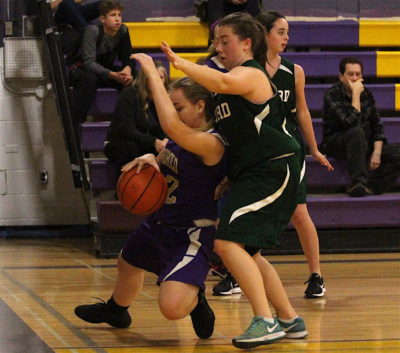 Dupont has seen Sneath develop into a good basketball player over the years.

“She came in as a club soccer player and what’s nice about that is those skills she learned playing club soccer transfer very well to basketball,” he said. “She understands how to be in athletic position, spacing and defending.”

Sneath is quick on her feet but also has a good understanding of how to play basketball.

“She has really worked on her skills, especially her shooting, dribbling and driving,” Dupont said. “It was nice that she brought in that athleticism but she has also learned something from us.”

Sneath is a key cog on a team that needs what she brings to the court.

“She’s very competitive and very aggressive which is great on our team because that’s what we lack at times; confidence and aggressiveness,” Dupont said. “It’s nice to have that leadership on a team where girls can hear and see what they need to do and they can learn from that.”

Sneath came back for one more semester of high school to take a few courses, figure out what she wants to do next with her life and play one more year of basketball for the Golden Eagles.

“On this team, not a lot of girls play basketball and they are not very basketball oriented,” she said. “I take a leadership role and because I am in 12B, they are relying on me a lot this year because it is my fifth year of high school basketball,” the 5-foot-6 guard said. 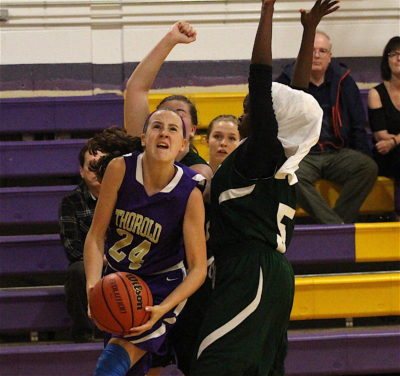 She is more than comfortable in that role.

“I took a leadership class last year and I learned a lot about being leader,” she said. “I wanted to come back for ball and do that this year.”

The sprinting drills she did for the St. Catharines Jets under-21 women’s soccer team in the summer have come in handy on the hardcourt.

“I’m always pushing the ball up the floor and soccer has really helped with that,” she said.

As for the aggression, that’s present in every sport she plays.

“Sometimes when I am frustrated on the court, I get aggressive and it gets the team riled up,” she said.

Sneath has been especially valuable this season because the Golden Eagles lost Dior Arbuthnot, a travel basketball player, to a broken wrist. Arbuthnot is now gone for the season.

“She is another one of our great leaders and we miss her this year, not having that leadership and a girl who competes,” Dupont said. “She is the toughest kid you will ever have on a court.”