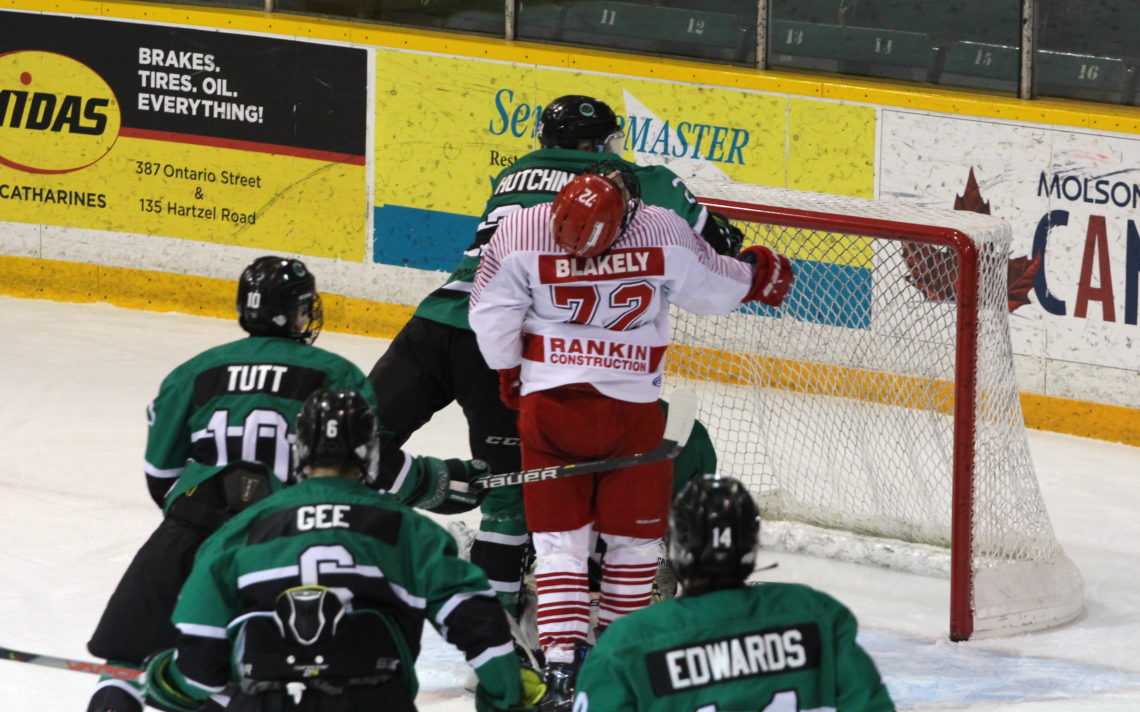 The final nail in the coffin of the 2020/21 Greater Ontario Junior Hockey League season was hammered home Monday.

“The GOJHL has made the difficult and unfortunate decision to cancel the 2020-21 season,” said a press release on the league’s official web site. “There was never-ending hope that we would be able to somehow manage a safe and responsible 2020-21 hockey season. However, with the Ontario government issuing yet another stay-at-home order, effective through at least May 6, there simply is no way of completing any kind of meaningful season. All recreational facilities have been closed to the public, and most towns or cities are now in the process of taking their ice out.”

GOJHL commissioner Brent Garbutt added the league is already looking ahead to the 2021/22 season.

“The COVID-19 pandemic has been devastating to all Ontarians for so many reasons. Our front-line workers have certainly endured the greatest challenges and losses but our devoted athletes, coaches and staff who live for the game have lost as well,” Garbutt said. “At this time, we will focus our attention on planning for a successful return in the 2021-22 season, knowing full well that we are not yet out of this pandemic and there will be more obstacles to overcome in the future.”

St. Catharines Falcons head coach Tyler Bielby felt the sting of the official announcement, even though the handwriting has been on the wall for months.

“We’ve never stopped communicating or having conversations with players throughout the season so it’s just a reminder of the year we’re in,” he said.

Bielby feels particularly bad for the graduating players who were robbed of their final season of junior eligibility.

“It’s difficult. Your heart bleeds for the young men who love playing this game, and for some, that’s all they know,” Bielby said. “For that to be taken away from them this year was tough.

“The truth is my heart and my mind is in one place today, and that’s with the OAs (overagers). I feel for all of our players, but I know a good portion of them have an opportunity to get back at it next year. There is a select group who don’t have that opportunity.”

Looking back, Thorold Blackhawks owner/coach Scott Barnes felt at one point a season might have been able to be played.

“I definitely did. I recall being cautiously optimistic though the summer and in September and October,” he said. “I remember leading into November and things were looking real good when we got playing our exhibition games. We were talking about starting our season Dec 1. I was never a firm believer but there was a time where we really looked like we would get going.

“I remember having a meeting with the team telling them we got the best news possible the we were starting in December and then two days later stuff came down and things went not as good.”

Barnes is also aware how difficult it has been for the players.

“I feel terrible for them. You can go back to the previous year with the 99s not getting to finish their playoffs and the 2000s not getting this year.

“It’s a ripple down effect. I really feel bad for the 20-year-olds but it’s everybody. The 16-year-olds this year got whatever development we did but I think everyone lost a crucial year.”

Pelham Panthers owner Tim Toffolo put a positive spin on the situation, noting how much ice time his players received.

“We were on the ice 138 times this year. Our kids got their time. They didn’t miss a beat as far as ice time goes. We played 20 exhibition games, five three-on-three tournaments, four four-on-four tournaments,” he said. “We didn’t miss a beat other than we didn’t get to play in league games. For me, we’re moving on and preparing for next year because I don’t feel we lost anything other than the playing of more games.”

Teams now will shift their focus to next season, although, no one knows what that will look like yet with Ontario in a lockdown until at least early May.

“I see teams putting things out about rookie camps and development camps and I don’t even know how to go about it. How do I put out stuff on a camp when I don’t know if I can have it yet?” Barnes said. “I’m looking at more of a summertime thing. I’ll wait and see when things open up and what we can do. I have ice scheduled but I’m not announcing anything until I have a bit more security. It’s hard to hold a camp with only 10 kids on the ice. You almost have to wait until you can have 20-25 kids.”

Bielby said the Falcons have been doing some video chats with returning players to keep in touch.

“You start planning for next year,” he said. “We’re getting close to the time for spring skates, even though we don’t know when or what that will look like currently. I think one door closes and other one opens and in this case, that other door that is opening is for next year.”

“It’s one step at a time and hope enough people get vaccinated and the herd immunity starts taking effect faster,” he said. “It’s all we can do right now and we can progress from there.”