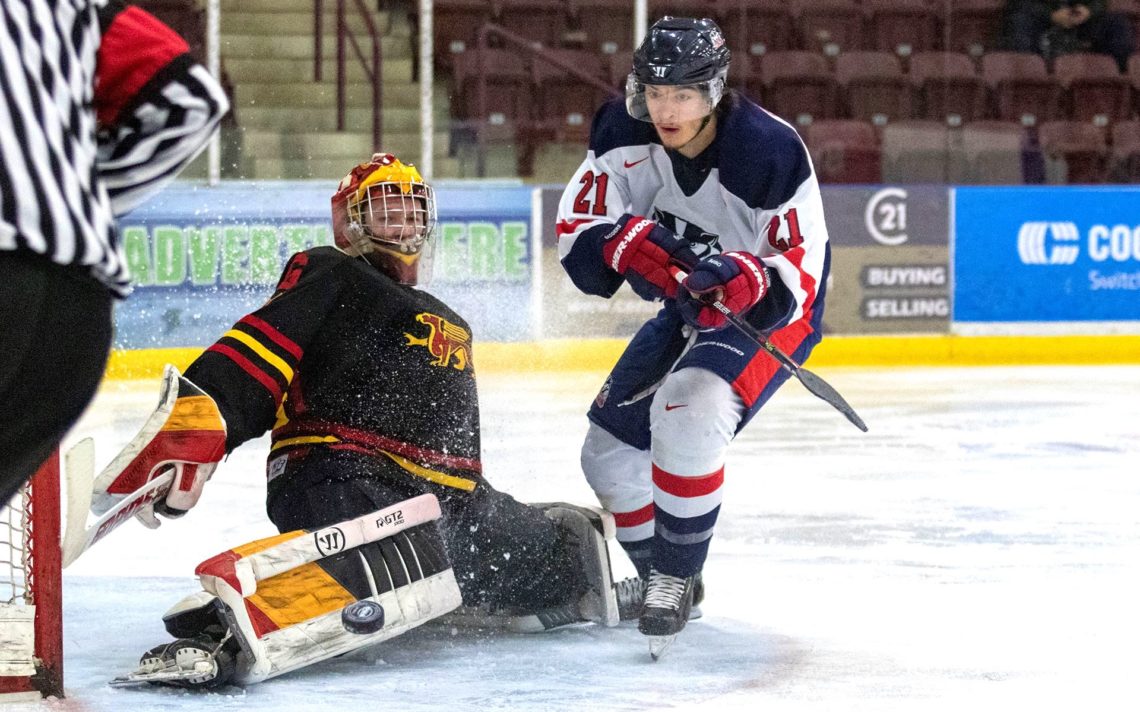 Christian Girhiny continues to defy the odds and the naysayers.

The 21-year-old Thorold native has always had to battle against a lack of size and bulk, regardless of the level.

Girhiny made the leap from Ridley College to the Ontario Hockey League with the Erie Otters for three seasons before wrapping up his junior career last year at the junior B level with the St. Catharines Falcons, where he collected an astounding 36 goals and 82 points in just 32 games.

Girhiny joined the Brock Badgers for this season and has once again managed to make the leap and be successful at a higher level, despite his 5-foot-11, 159-pound frame. The freshman winger has two goals and 12 points in his first 13 games, and has quickly become an important member of the Badgers.

“I kind of questioned it (transition), too, because I know the size and the strength of the guys in this league and I didn’t know how long it would take to find his way in the league,” Badgers coach Marty Williamson said. “He’s one of those guys who figures it out. He’s sneaky-quick and he gets away from things and get himself into the right area.

“The defencemen are big and strong in this league and although he’s been against it in the OHL, at the later points when he had success, it was against younger defencemen. Now, when you’re against a 24-or-25-year-old man and you’re 160 pounds, how would it work out?”

Girhiny is pleased how quickly he has adapted.

“It’s always different going to a different league,” he said. “These guys are definitely older and some of the guys on our team are 25-26. In junior when you’re 17 you think 20 is kind of old and these guys have a lot of experience, not only in U Sports, but in junior as well, so the transition was a little bit difficult at first.

“We’re a couple of months in now and I feel I have a good grasp on how other teams play and how this league works.”

After an initial period of settling in, Girhiny has been working well on a line with Adam Berg and Justin Brack.

“We’re a pretty balanced team, so we don’t have a top line kind of thing,” Williamson said. “The line has been really effective. The line got put together about three weeks ago and it’s one of those lines when you watch them for one game we knew we had something here.”

Williamson feels the trio complement each other.

“Brack and Berg . . .  They have bigger bodies and they play a simple game and Girns has the ability to find people and make people around him better and the line really fits. These guys work hard and generate loose puck chances, and he reads that very well. I think almost every game he gets a breakaway. It’s uncanny the ability he has to ready broken plays and read where the puck is going to go and get himself some chances.”

Off the ice, Girhiny admits it has been an adjustment to go from a 68-game schedule to less than half of that at the university level.

“It’s another chapter in my books. It’s good to get an education and the hockey is second to none. All these players have either been in the OHL or really good junior programs so the competition is really good, so I was really excited I was going to be able to get a good eduction with good coaching and good hockey.

“School definitely comes first now. We only play 28 games. We’re doing more school work than hockey, but when the hockey comes around everyone is excited because you get so little time to play. It’s a good balance between school and hockey.”

Girhiny, who is studying social sciences and plans to transfer to the sport management program, feels the Badgers are on the right track after a slow start in which they lost four of their first five games.

“It wasn’t the start we wanted, but we added a lot of freshman and we haven’t played with those players and they haven’t played with us,” he said. “It was a rocky start and then we went on that seven-game winning streak and that’s when we started connecting together. Each line was working off each other and finding success, and that’s what we’re going to have to continue to do to stay consistent and win hockey games.”

The Badgers, 8-5, are at York Friday and Ryerson Saturday.