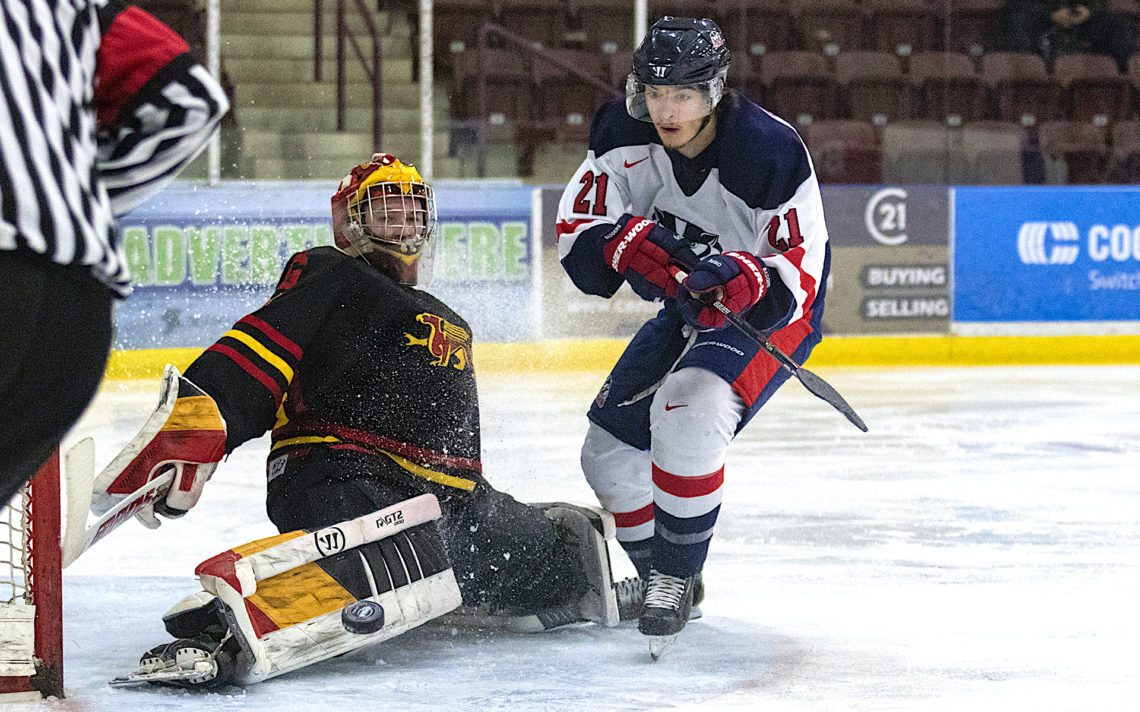 Christian Girhiny loves competing against the best to be the best.

The 23-year-old winger for the Brock Badgers men’s hockey team is off to a strong start and was recently rewarded by being named to the U SPORTS fall season all-star team by 49-sport.com.

“It’s definitely a huge honour,” Girhiny said. “I think our whole team has been working really hard this year and I’ve kind of been on the lucky end and been fortunate to have some good linemates. The first half of our season has been pretty good being ranked fifth in the country and I think that all had a factor into it.

“I’ve been pretty happy with the production I’ve had so far.”

Girhiny leads the Badgers in scoring with four goals and nine points in seven games at the Christmas break. The Badgers went 5-1-1 in the first half.

Girhiny, who is in his third year at Brock and second in the sports management program, is thrilled be back playing after the COVID pandemic wiped out his sophomore season.

“It was definitely a long year-and-half for us considering we were out in February,” he said. “Obviously, we had the coaching change and Kevin (Forrest) has taken everything in stride and is doing very well as our coach.

“We’re just happy be back out on the ice playing hockey games again instead of just sitting around and practising. I think it’s gone pretty well so far. We’ve only played seven games but I think everybody is happy to be back in a competitive atmosphere again.”

Girhiny said one of the toughest aspects of being off last season was the uncertainty.

“It was just the waiting game,” he said. “We were told we might have a season and then they canceled it. We were just sitting around with very few practices and only two a week and limited to 10 guys. It was being anxious to play hockey. It was very hard. I couldn’t tell you the last time I had a year-and-a-half break from hockey. It was probably when I was two years old or something like that.”

The upside of the down time was some additional time spent on school and seeing his extended family.

“I was anticipating we might play a few games but after it happened I got some time to relax and worry about my schooling for a year. I was able to see my family that I haven’t seen for a while, catching up with cousins and friends was kind of nice, but at the end of the day I was just itching to get back on the ice and play hockey.”

Girhiny is a Ridley College graduate who played three seasons in the Ontario Hockey League with the Erie Otters before joining the St. Catharines Falcons of the Greater Ontario Junior Hockey League in 2018/19 where his father, Frank Girhiny, is the general manager.

Girhiny collected 36 goals and 82 points in 32 games for the Falcons and added 32 more points in 17 playoff games as the Falcons dropped a memorable seven-game series to the Niagara Falls Canucks in the Golden Horseshoe finals.

He joined Brock the following season and collected seven goals and 19 points in 27 games as a rookie.