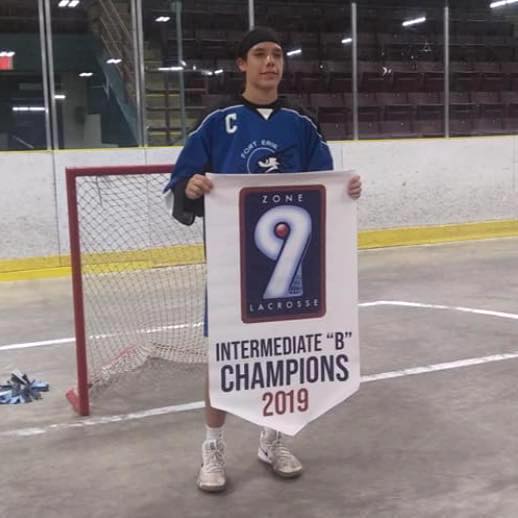 Like every high school field lacrosse player in Ontario, Damian John saw his 2020 season derailed by the COVID-19 pandemic.

The 6-foot-1, 175-pound attack played the last two years for the Greater Fort Erie Secondary School Gryphons and was looking forward to one more season of high school lacrosse.

With that dream dashed, the 18-year-old Fort Erie resident has turned his attention to the next step in his field lacrosse career. The Hamburg, N.Y., native recently committed to play at the post-secondary level with the Genesee Community College Cougars in Batavia, N.Y.

“It is close to my house and my family can come visit and watch me play more,” said John, in explaining his decision to go to Genesee.

But that’s isn’t his only reason for packing his bags and lacrosse gear and heading to Batavia.

“I like their sports management course and it will give me an education so I can help other organizations build and manage their teams.”

He is hoping Genesee will be the first step in his post-secondary field lacrosse career.

“It’s more of any opportunity to get looked at by (NCAA) teams,” he said. “Hopefully, we can win a championship. They are one of the best teams for lacrosse.”

The Cougars certainly are that.

Genesee Community College is an eight-time National Junior College Athletic Association Region 3 champion and a perennial contender for a national championship. In 2019, the fifth-ranked squad lost 12-11 in overtime in the national quarter-finals.

John, who has played box lacrosse for the past 10 years with the Fort Erie Hawks and last season captained his team to an Ontario Lacrosse Association Zone 9 intermediate B championship, has modest expectations for his first season of NJCAA action.

“I know I am not going to be the best starter but I want to work hard at getting playing time in my first year.”

To do that, he will do what he has always done.

“I have to keep working hard, better my skills overall and just go from there.”

His style of play should fit in nicely at Genesee

“I am calm and I try to help my teammates out as much as I can.”

He is trying to do as much as he can to prepare for his freshman season.

“My dad and I are always outside playing catch, playing one-on-one or playing games,” John said. “It helping me keep my stick on point.”

His father Carson plays senior B lacrosse and his been a big part of his lacrosse career.

“He has been my coach since I was young and he has helped me through all the years,” John said.

He is looking forward to getting started at Genesee. 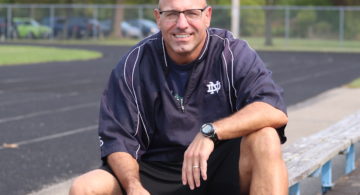