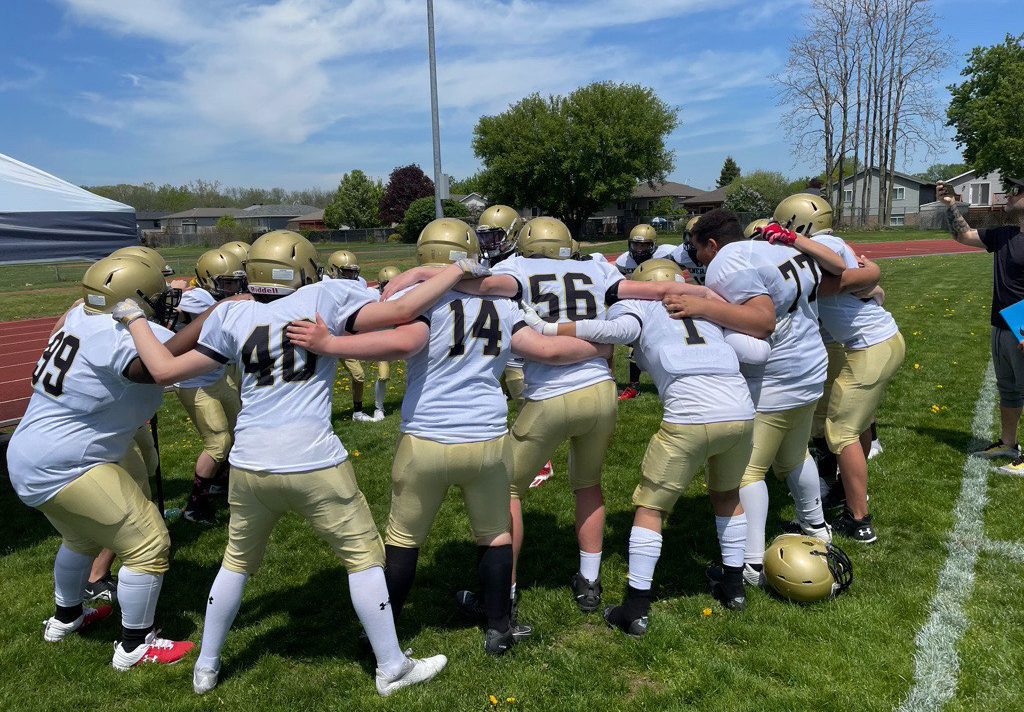 The Niagara Generals’ under-12 and under-14 football teams were unbeaten and unscored upon in the first weekend of Ontario Summer Football League action.

The under-14 offence got started early and often when Aiden Van Mill returned the opening kickoff for 65 yards for a major. Quarterback Cameron Macrae was solid through the air and on the ground with two rushing TDs. The ground game was dominant with Gavin Vazquez and Marco Angelini each rushing for majors. Matteo Ayala converting on four or five extra points. Carter Smith helped cap a solid defensive performance with an interception and multiple defensive linemen and linebackers got into the back field for sacks.

The under-12 Generals were led by its defence which created multiple turnovers early in the game. There were a few issues that need to be worked on defensively but it was a great start and something the team can build on as the season goes along. The Niagara offence, led by quarterback Lox Raducanu, recorded seven TDs. There was a number of fumbles and first-game jitters but the Generals managed to avoid any turnovers.

“This week our offensive focus will be on ball security and consistency of play. We have a great group of athletes this summer and we are expecting to do very well within the OSFL this season.”

Recording majors for the Generals were Luis Corredor-Reyes with two and singles by John Lonschek-McGillen, Dyami Maphar, Ryder Hughes and Rudy Somerville. A one point convert was added by Spencer MacRae and three two point converts were added by Mark Hazzouri. Defensively, the Generals recorded two fumble recoveries by Spencer MacRae, one fumble recovery by Jake Bover, an interception by Isaiah Benjamin and four sacks.