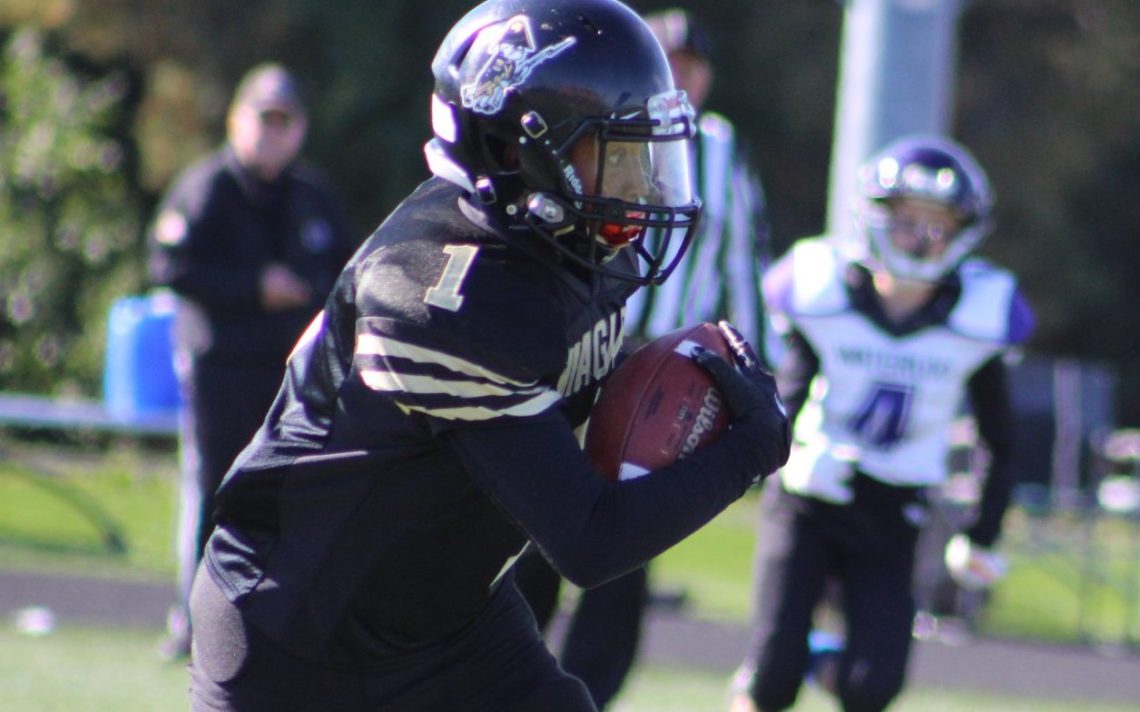 The Niagara Generals under-10 football team opened the Ontario Fall Football League season with a 32-6 road victory over Waterloo.

“This was a total team effort with contributions from each player who stepped on the field. I am proud of each and every one of all our guys,” head coach Andrew Lewis said. “The boys played hard and executed when opportunities presented themselves.”

Jake Durdan-Brewster powered the Generals offence with a pair of touchdowns, including one on Niagara’s first possession of the game. Christian Lewis added a touchdown and a pair of single-point conversions and single touchdowns were contributed by Jackson Fraser-White and Bentley Fergusson.

The Generals played well on both sides of the ball and the squad’s defensive line dominated the line of scrimmage. It was led by Anthony D’Andreamatteo who caused two turnovers and Greyson Maffei, who forced a turnover and recorded a quarterback sack.

The under-14 Generals opened its OFFL season with a 26-12 setback at the hands of the Vaughan Rebels.

“Our Niagara U14 Generals team got off to a shaky start with their first game action in over 18 months,” head coach Bruce Macrae said. “The second half brought a better, more focused team, ready to play after the jitters left.”

For Niagara, Calum Smith beat the ball up the field, Hudson Grant returned a kickoff for touchdown and Andión Van Mill scored on a five-yard run.

Niagara’s offensive line held its own against a tough Vaughan defence while the defence also played a strong game.

“We have a few kinks to work out and a couple injuries we must overcome but overall our 26-12 loss to the Vaughan Rebels does not dictate what you can expect from our U14 Generals this year,” Macrae said. “Great effort by all.”

“This week our U12 Generals were prepared for their contest versus Mississauga, however, unforeseen circumstances arose and Mississauga had to withdraw from the match,” head coach Kent Wakem said.

The Generals will now open their season this week on the road against the Durham Dolphins.