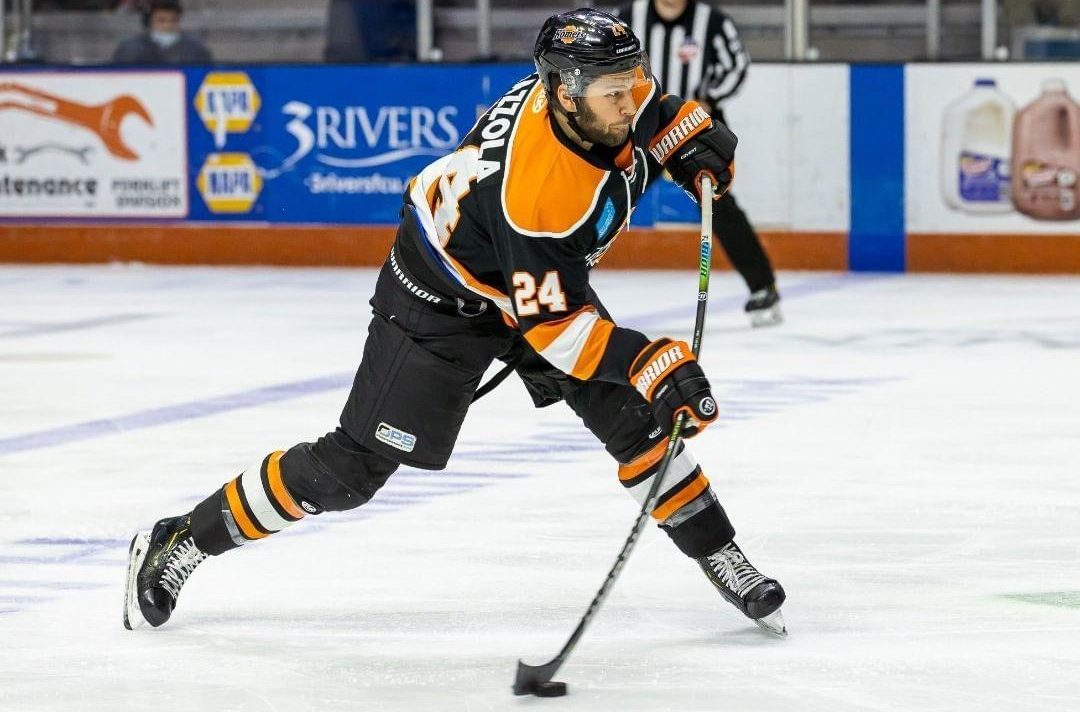 Gazzola rings in another championship

Randy Gazzola’s fingers are getting crowded with championship rings.

The 27-year-old Thorold native recently earned his sixth ring, this time as a member of the Fort Wayne Komets, who defeated the South Carolina Stingrays to win Kelly Cup as ECHL champions.

“It’s fun to win and I just keep winning wherever I go and it just makes it more enjoyable,” the former Thorold Blackhawks defenceman said.

Gazzola had to collect his thoughts for a brief moment when asked to tick off all his titles and championships which began with a ring as a member of the Ontario Federation of School Athletic Association gold-medal winning Denis Morris Redmen.

Gazzola then began his junior career with the Blackhawks as a 17-year-old and quickly moved up the hockey ladder, playing the next season in the Ontario Junior Hockey League before moving on to the Quebec Major Junior Hockey League. Gazzola then enrolled at the University of New Brunswick where he played for five seasons before a quick stop in the ECHL with Toledo. He played last season in Italy.

Along the way, Gazzola counted 10 titles which have garnered him his six rings.

“You have to have a passion for it to be doing it for so long,” he said. 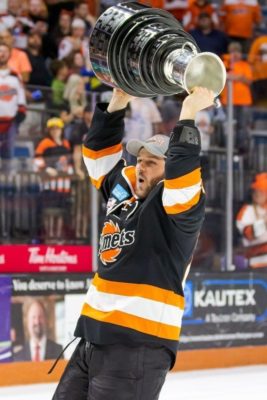 Gazzola joined the Komets this last season at the last minute after Toledo, who held his rights, decided not to play due to the COVID pandemic.

“It was an easy decision. It was such a good group of guys,” he said.

Gazzola loved everything about his experience playing in Indiana.

“They love their Komets,” he said. “We were a big ticket in town. Fans are very passionate there too.”

The Komets played a physical style which Gazzola said was a huge hit.

“American fans love the physicality and we had a physical team. Some of my buddies were fan favourites based on their physical play,” he chuckled. “We had quite a few fights every night. It was good for our team. Made us tough to play against.”

Off the ice, Gazzola said it was a magical year as well.

“It was like something out of Major League,” he said. “We were bussing to Texas and everywhere. It was pretty fun. You look back and smile at the journey we went on and the fact we came away and won, it made it just that much better.

“It was wild. I could sit here for hours and tell you stories about how things went.”

Gazzola, son of local pitching guru Lou Gazzola, has a Master of Business Administration degree from UNB, but wants to continue to play as long as possible.

“To be honest, the older I get the more I love it,” he said. “I love the lifestyle. It just grows and grows.

“I’m trying to do as many interviews with you as my dad did so I have to keep going different places!”

Gazzola did admit he may have to make a few adjustments heading forward — he and his wife Michelle are expecting their first child this fall.

“I have a daughter on the way in October so that’s going to throw a little more chaos into the mix,” he said. “If I didn’t like it so much, I would’t be doing it. It has definitely grown on me. There were times were I was wondering what I was doing but my wife loves it too.

“We do have roots in Niagara but no plans on slowing down any time soon, at least that’s what I hope. My No. 1 priority is lifestyle and making sure my wife and child are being taken care of.”