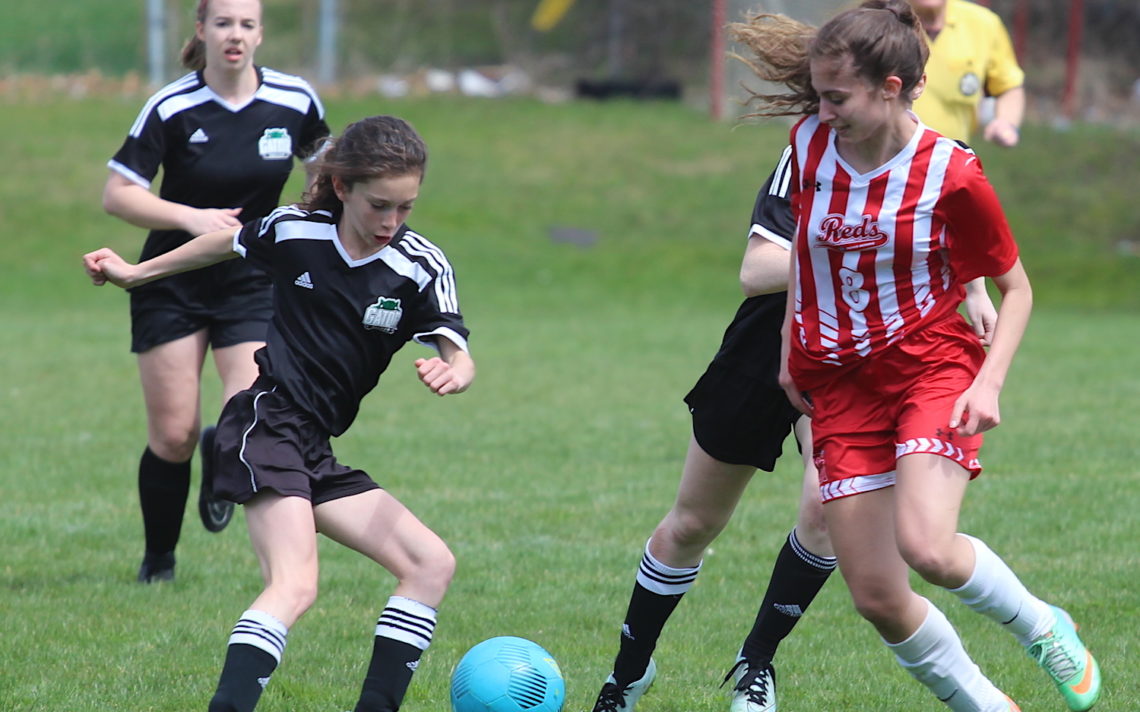 The 14-year-old, Grade 9 student at Lakeshore Catholic stands just 4-foot-9 but was clearly one of the top players on the pitch Tuesday.

Eaton fired the winner in the final minute of play as the Gators edged the Denis Morris Reds 3-2 in a Niagara Catholic Athletic Association varsity girls soccer game at DM.

Eaton is used to playing against older, bigger competition.

“I started playing when I was three. I played a year up and my birthday is late so I played against girls that were two years older than me up to 11,” Eaton said.

Eaton, a Port Colborne resident, then began playing in Welland against girls her own age when she was 11 and now plays on an elite team based in Niagara-on-the-Lake.

She has handled the transition to the high school game with ease.

“It’s been good. They’re bigger and more aggressive but it’s been fine. It’s just more of an adjustment,” she said.

As for her size — or lack there of — Eaton doesn’t give it a second thought.

“It’s not an issue, it’s just an adjustment so it takes a little bit of time,” he said.

Eaton not only scored the winner Tuesday, but was noticeable from her striker position, where she created offence thanks to her speed, ball handling and passing.

“My team is more one touch and through the middle where this one is more balls which is 50/50 chance and we just started practising,” she said.

Eaton has a big fan in Lakeshore coach Marco Miani.

“She brings speed, excellent footwork, commitment — anything you want in a player,” he said. “She’s a team player. At the end of every practice or a game, she comes up to us and shakes our hand and thanks us for coaching.

Her talent has already caught the eye of Niagara College who had a scout at the game.

“She brings leadership, especially to our Grade 9’s and younger players,” Miani said.

Miani dismisses her lack of size as a factor.

“It doesn’t phase her. She’ll make a couple of moves and she’ll have the players converge around her and she also gets into open space,” he said.

The win evened the Gators record to 2-2. The team went 3-3-2 last year after suffering through two winless seasons.

“We struggled to score and last year we seemed to click,” Miani said. “We had a group of players who seemed to listen and what we had to offer and offensively we were fantastic.

“At this point we’d love be better than Tier 2 but I think we’re on the way up.”

The Gators will square off versus Notre Dame May 22 in the Zone 3 AAA rep playoff game. The winner will take on A.N. Myer for right to go to the Southern Ontario Secondary School Association playdowns.

Stephanie Isherwood had two goals for the Reds, who dropped to 0-3.

“We have a new team. It’s a developmental year and we have a lot of Grade 9 players and they’re learning to work together,” DM coach Julia Johnson said. “It’s a rebuilding year.” 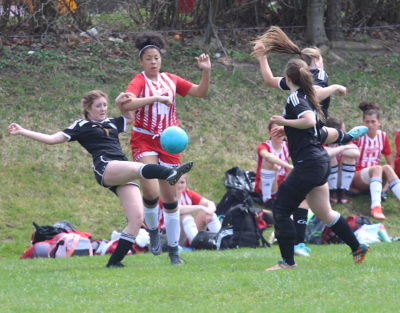 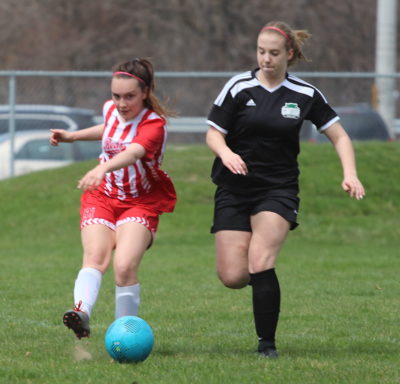 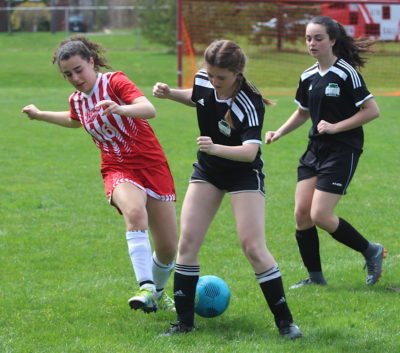 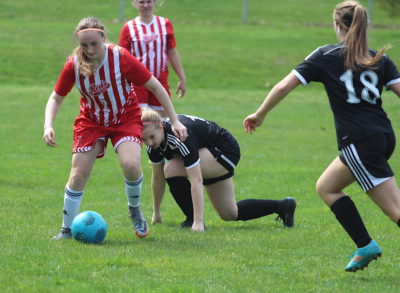 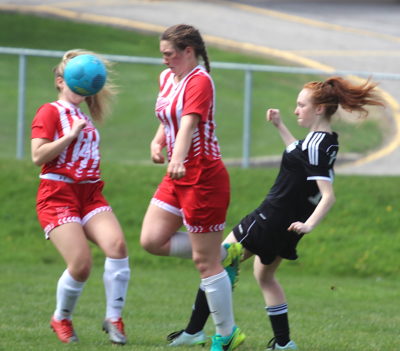 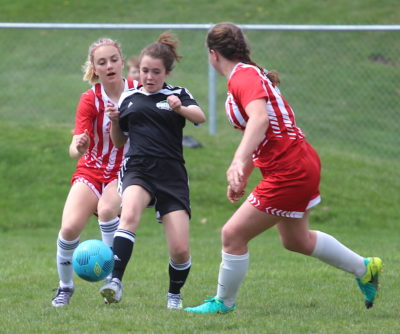