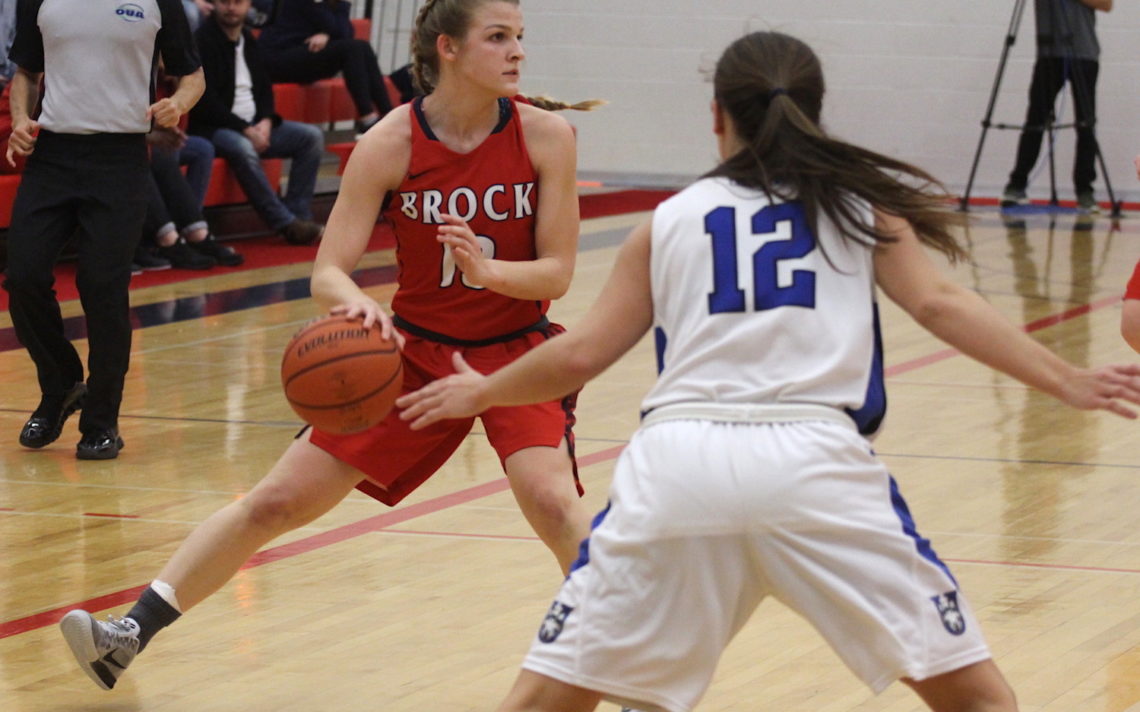 Kristin Gallant put an exclamation point on her impressive rookie season with the Brock women’s basketball team with an appearance in the Ontario University Athletics all-star game May 5 at the University of Waterloo.

“It was obviously fun to play in the game, but it was overwhelming too because a lot of the girls have a lot more talent or experience than I have.”

The game was more competitive that she expected.

“The coaches were actually calling timeouts and plays and stuff.”

“Not that well” is how she described her performance in the game. 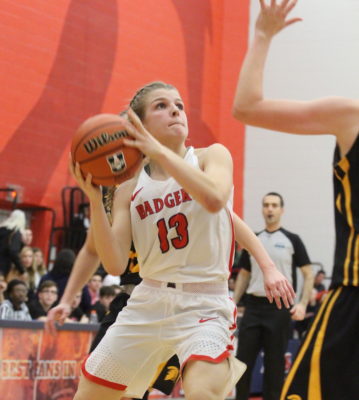 “I didn’t get a basket, but I helped the other girls on my team get baskets because it was much easier for them to get baskets.

“It wasn’t that I was scared, but I wasn’t really trying to go hard to the basket because it was intimidating.”

Gallant will take plenty from her first all-star appearance.

“It showed me how the next seasons are going to be because a lot of them are returning players and they are all very good,” she said. “It motivated me to train this summer so I can try and compete with them better.”

Self-motivation has been a major component of Gallant’s basketball career in recent seasons. After failing to make a JUEL (junior elite) team, she ended up playing her final year of club basketball in the OBAs (Basketball Ontario). She became living proof of the old adage that, if you are good enough, they will find you.

“At the beginning of my Grade 12 year, I knew I wanted to play university basketball so I tried out for a JUEL team thinking that was the only way I would be able to.

“I didn’t make it and I was really upset because I thought no coaches look at OBA and I had no chance.”

But rather than hang her head, Gallant decided to keeping fighting.

“It motivated me a lot and made me try a lot harder because I really wanted to play post secondary.”

Because the level of play in the OBA wasn’t up to the same standard as JUEL, she did a lot of training on her own.

She wants other women in the same situation to know it can be done and to not give up on their hoops dreams.

“They should take it as a learning lesson and force themselves to try harder,” the 18-year-old said. 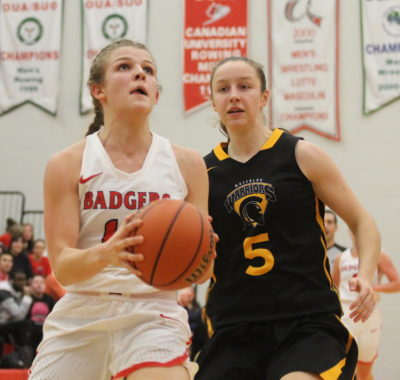 Brock’s scoring leader with 13.1 points per game received a huge does of confidence in her first season of university basketball.

“I got way more playing time than I was expecting to get and it helped me to learn to be confident in games because my coach often put me in and relied on me to do certain things,” she said. “That definitely wasn’t the strong suit of my game in previous years.”

The lowest points in her season were the injuries she suffered. She had a bulged disc on her neck which resulted in a lot of headaches and blurred vision. It kept her off the floor for six games and then she suffered an ankle injury at the end of the season that forced her out of the lineup for an additional two games.

“That definitely sucked,” she said. “After Christmas and New Year, there were a lot of missed games.”

Gallant netted the bulk of her points driving to the basket and is working hard over the summer to improve her shooting.

“Everyone got to the point where they realized I was just kind of a driver and I don’t really shoot outside shots,” she said. “I need to get that in my game more this summer.”

Despite that, Gallant was a big piece of the Brock’s season.

“Kristin has the potential to be one of the basketball greats at Brock,” assistant athletic Director Chris Critelli said. “She is athletic and a joy to watch on the court. If she continues to be a student of the game and work hard, Kristin will help lead our team to new heights.”

This coming season, in addition to working on her shot, Gallant wants to improve her ball-handling skills.

“This past year, we often didn’t have a solid point guard so I had to play that role and I usually struggled with that because I am not used to being a point guard.”

Gallant is staying in St. Catharines during the summer and trains every day at Brock while working at Tim Hortons.