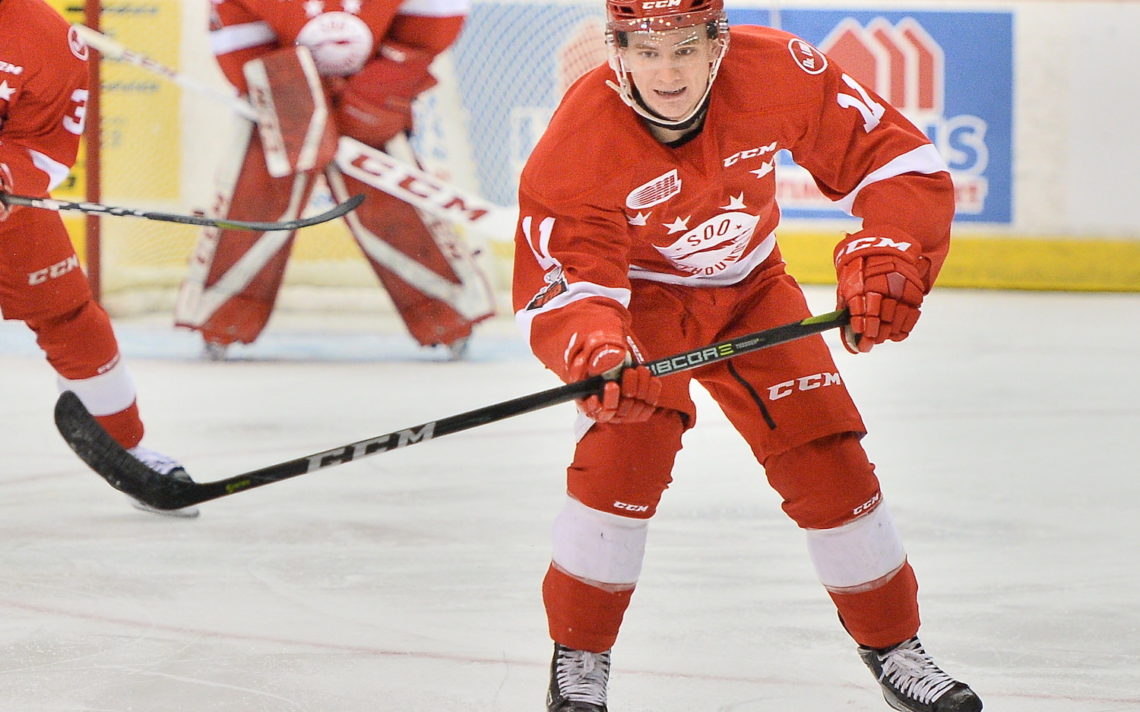 From a Canuck to a Maple Leaf

Just one look was all it took to convince Frank Pietrangelo that Mac Hollowell had potential.

The coach of the Niagara Falls Canucks remembers Hollowell arriving at a prospect’s camp and immediately standing out from the pack.

“He came to us as a 16-year-old and was the best player on the ice, by far,” Pietrangelo said. “You knew he was something special.

“He had skills that were off the charts. He was a great skater and his compete level is second to none and makes everybody around him better.”

Hollowell played most of his 16-year-old season with the Canucks and also got a taste of the OHL with the Sault Ste. Marie Greyhounds. The next year he was there to stay for good and quickly established himself as a top-notch, mobile defenceman.

Fast forward to the present and Hollowell is now a member of the Toronto Maple Leafs organization after he was selected in the fourth round (No. 118 overall) of the NHL Entry Draft in Dallas over the weekend.

“We were all watching TV and when I saw my name it was definitely pretty special,” Hollowell said when asked about being drafted. “I screamed a bit and hugged everyone.”

A few moments later Maple Leafs general manager Kyle Dubas was on the phone welcoming Hollowell to the organization. Dubas was GM in Sault Ste. Marie when Hollowell began his OHL career.

He is off to a development camp this week in Toronto and can’t wait to get his pro career started.

“I talked to them for a bit, but really don’t have any idea (what’s going to happen),” he said. “I’m excited to get going and try and improve my game.”

Pietrangelo was proud as peacock when he heard the news.

“It’s a great feeling, obviously,” he said. “As coaches, we want to see these kids progress up the ranks and see them be successful wherever they go.

“I’m over the moon happy for Mac and his family.”

Hollowell can’t believe how quickly the time has gone since he suited up for the Canucks.

“It just seems like last year I was playing for the Canucks and it’s already been three years. It goes so quickly.”

The Greyhounds were expected to contend for a Memorial Cup this season, but were upset in the OHL finals by the Hamilton Bulldogs.

“We would have liked to win the league, but this does take the sting away a bit,” Hollowell said.

He will continue his career alongside Greyhound teammate Rasmus Sandin, who was taken by the Leafs in Friday’s first round, 29th overall.