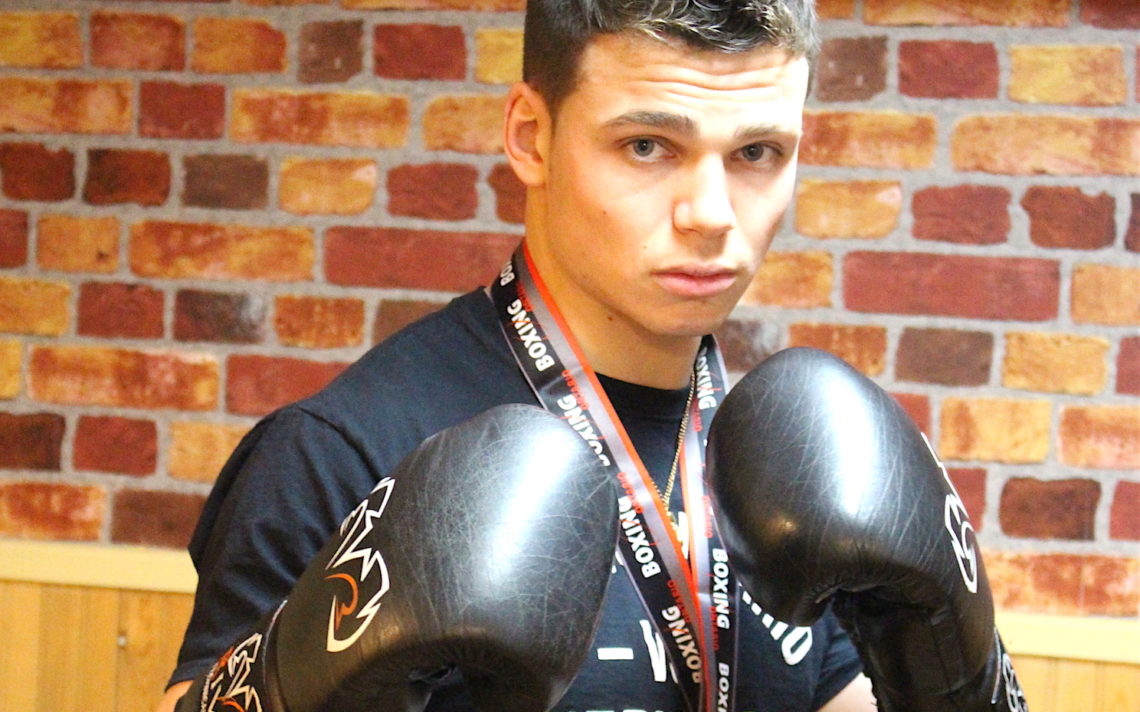 Antonio Napolitano didn’t have much success competing at the Ontario senior boxing championships.

Heading into this year’s championships at the Don Valley Boxing Club, the 23-year-old St. Catharines native has lost his opening bout at the last three provincial championships.

But this year was going to be different for the Laura Secord graduate after he completely altered his training regimen.

“I basically put all my time into these provincial championships,” the Irwin Boxing Club member said. “I told myself that I was an amateur boxer and I don’t get paid and if I don’t do anything at provincials I was going to quit.

“I was going to focus on finding a trade and getting a job because you don’t want to be that dude who is 30 and trying to qualify for nationals.”

He hopes to turn pro as boxer.

“That really pushed me and I was thinking if I lost I would probably have a miserable job for the rest of my life.”

Napolitano has done manual labour for a living in the past and he’s not a fan.

After receiving a bye in the first round of the 75-kilogram division at the provincials, he gave his opponent in the second round three standing eight counts on the way to victory.

“He was stumbling back to my corner after the first round,” Napolitano said. 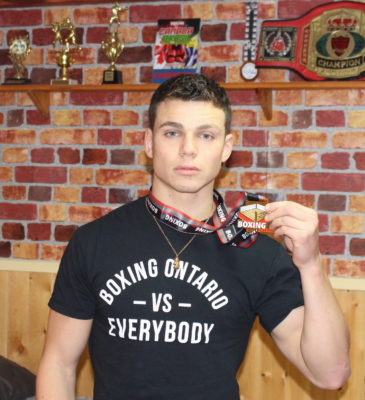 The victory set up a final against Orangeville’s Jake Daoust. Daoust competed for Canada at the 2016 Youth World Championships and was a four-time national championship, including the 2016 under-19 crown.

“Everyone was praising him and when I showed up at weigh-ins, people were surprised that I came,” Napolitano said.

He even heard rumours that officials at their morning meeting were agreeing that he had no chance versus Daoust.

That motivated Napolitano and he ended up winning a split decision over Daoust in the finals.

“He was used to being the bully but it’s kind of different now when he is fighting men,” he said. “I’m not going to put up with it.”

Napolitano was thrilled when his arm was raised to signal his victory.

“I went absolutely nuts,” he said. “All the coaches and officials who were sitting in the front row thought I was going to get beat I ran over to the ropes, did a punch in the air and did a ‘Ha ha. What’s up?’ ”

Coach Billy Irwin believes there are a number of reasons why Napolitano finally had a successful provincials.

“He’s a little older, more mature, he trained very hard and he gained experience,” he said. “Last year, he fought in the Dominican Republic, in the summertime he fought against Brazil and he also fought against a couple of Americans.

“He is finding himself now.”

Irwin said there are two qualities that make Napolitano a good boxer.

“He has good hand speed and power.”

Next up for Napolitano are the nationals in March in Edmonton.

“I am going to go is hard for nationals; six days a week,” he said. “My main goal is to qualify for the Commonwealth Games.”

Napolitano has had that goal since his Scottish cousin Charlie Flynn won a boxing gold medal at the 2014 Commonwealth Games.

Boxing Canada has already announced its team for the Commonwealth Games but Napolitano is hoping to change the organization’s mind with a dominating performance at the national championships.

“I’ve won my past eight fights, I’ve had a couple of stoppages and I’ve dished out eight counts in almost every fight,” he said. “If I go to nationals and someone’s teeth end top in the third row, they will have to think about sending me to the Commonwealths.

“It’s just a matter of doing it now because the confidence is there.”

The former provincial novice champion plans to use the same confident attitude that brought him success at the Ontario championships.

“I went into provincials with the attitude that I was going to wrap someone’s jaw around their face,” he said, “I went in swinging for the fences and it worked.”

Irwin is confident Napolitano can be a threat at nationals.

“He’s going to be serious and work very, very hard and he can beat anybody in the country.”

Napolitano got started in boxing because of his cousin Liam Hughes. a former Canadian champion.

“I used to go watch him at Merritton and I always thought it was great, but I never thought I would be able to get into the ring. It was scary at the time.”

He started training in his early teens but didn’t have his first fight until he was 17.

“It was just building confidence through sparring,” Napolitano said. “I took so many royal beatings in sparring and I don’t know what made me want to keep coming back.”

But he kept coming back and kept getting better.

“It was finally getting to the point where I was beating other people up that I was sparring against,” he said. “Instead of getting beat up for three minutes, you finally catch him with that one shot.”

When he started competing, he knocked out his first two competitors and went 11-1 as a novice. In his first open fight, he was TKO’d by his opponent.

“I was right back at it and that has always been the case.”