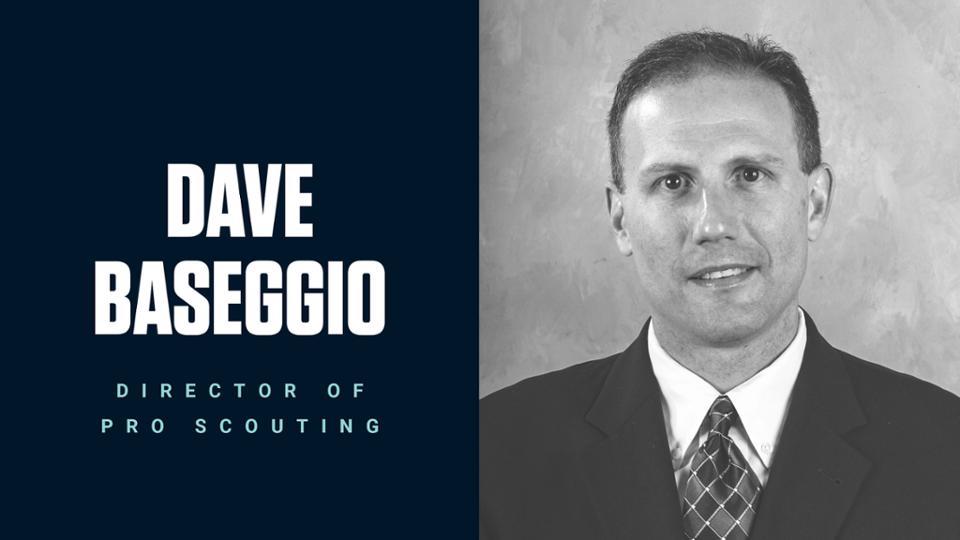 The lure of helping build a National Hockey League team from scratch was too enticing for Dave Baseggio to turn down.

The 53-year-old Niagara Falls native was hired by the Seattle Kraken as their director of professional scouting after spending the previous 12 years as a pro scout, director of pro scouting and assistant to the general manager for the Anaheim Ducks.

“When I spoke to Ron and his assistant, Ricky Olczyk, I really liked what they had to say,” Baseggio said. “The opportunity to start a team from scratch was really appealing and Ron and Ricky are two class guys and smart guys.

“The opportunity to be with that whole Seattle group was just too enticing to pass up.”

Baseggio joined the Kraken last summer and has been scouting professional players in anticipation of the NHL expansion draft in July.

“We were able to video scout the playoffs from last season and we also have some experience on our staff so we have a little bit of backdrop on some of the players,” he said. “It has been difficult. We’ve been through numerous mock drafts and been through each team and have a good idea who they will protect and who might be available.

“We have prioritized those players that might be available to us and we are watching them now through video or live — we are not flying as an organization yet due to COVID — but we are allowed to travel to local games if we feel comfortable doing so.”

Baseggio is based in Connecticut so he has been able to drive to Philadelphia, New York, New Jersey and Boston to scout players in person.

“It’s a little different in the empty arenas but to see live hockey again has been great,” he said. “We are focusing on a certain grouping of each team and all of them haven’t started playing yet. We’ll see when the American League (AHL) starts and get feelings on everyone.”

Teams need to submit their lists of protected players by July 17. The Kraken have until July 21 to pick their team. It is the same format used when the Las Vegas Knights entered the league in 2017. The Knights made it to the Stanley Cup finals in their first season, only to lose to the Washington Capitals in five games.

“Vegas set the bar pretty high,” Baseggio said. “We have a clean slate. What has gone on in the world and the hockey world, the biggest advantage we have is our cap space. Cap space is going to be worth a lot. It depends on who we take in the draft — we have to get it up to a certain floor — but we should be able to either attack the free agent market or maybe we’ll be able to get some players off some teams who have cap issues.”

Baseggio has a long and varied background. After suiting up at the junior B level for the Niagara Falls Canucks, he attended Yale University before beginning a professional career that spanned 11 seasons in the American Hockey League, International Hockey League, and Europe. Baseggio retired as a player following the 1999–2000 ECHL season to become an assistant coach with the 2000–01 Charlotte Checkers of the ECHL. Baseggio also coached in the American Hockey League with the Bridgeport Sound Tigers and Peoria Rivermen.

“I knew I wanted to be involved (in hockey) in some way, shape of form,” he said. “I knew I always wanted to be around it because I had the passion for it. It never seemed like work for me. I started coaching and then when I got my first taste of scouting and the management side that was something I liked and felt was suited better for me.”

Baseggio, who still has family in Niagara, has fond memories growing up playing hockey in his hometown.

“It was a huge part,” he said. “Niagara Falls minor hockey, I still remember playing at the old Stamford and Jack Bell arenas and then the old big arena, too. A lot of great memories and a lot of good people I grew up with.

“Junior B in the Falls was a lot of fun and the Masterson brothers (Terry and Tim) were awesome. They were really great to my family. I really enjoyed them.”

Baseggio, who will work with Niagara Falls resident Andrew Allen in Seattle where Allen is a goaltending scout, has high hopes for Seattle as a hockey market.

“The Seattle organization has done an amazing job during this COVID period,” Baseggio said. “They are almost close to selling out the building. They are doing amazing things.

“The fans have embraced the team so far. I think Seattle hockey is alive and well. Fans are exciting and ready.”