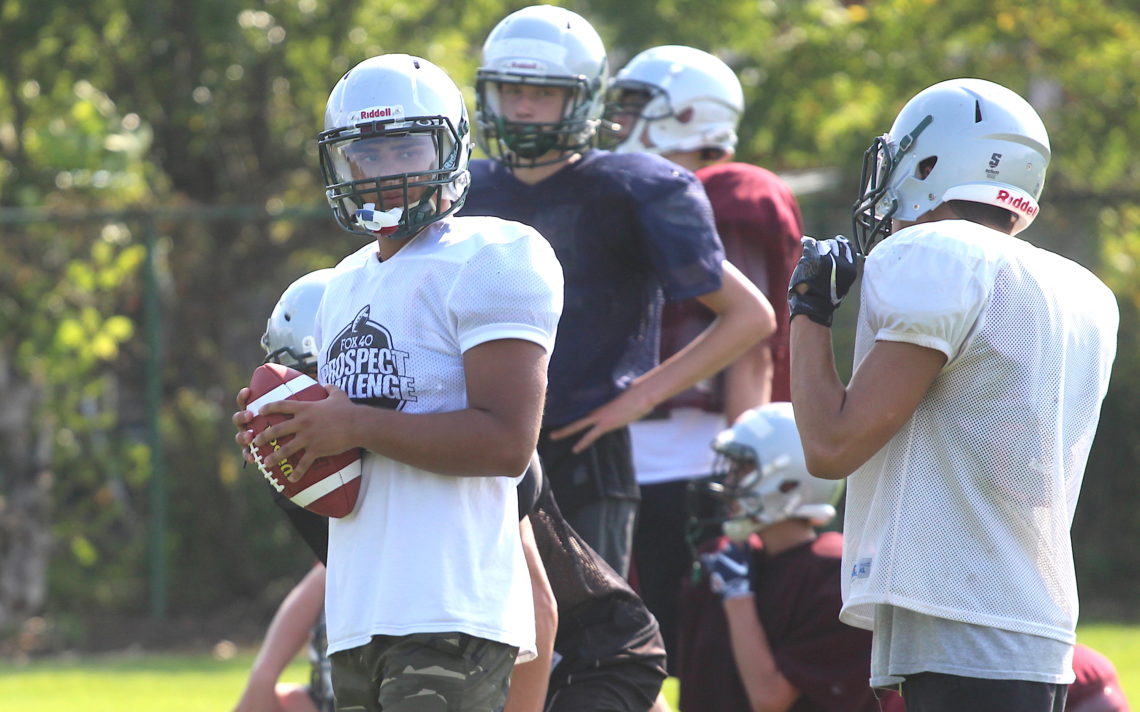 Football back at Holy Cross

After a one-year absence, senior boys football is back at Holy Cross.

“After last year’s disappointing season of not having a team, we worked our butts off to get Holy Cross football again,” head coach Gary DiSanto said.

The St. Catharines high school folded its team last year because a lack of numbers and a handful of Holy Cross players joined the St. Francis Phoenix to take part in Niagara Catholic Athletic Association action. The school was determined to make it only a one-year hiatus. 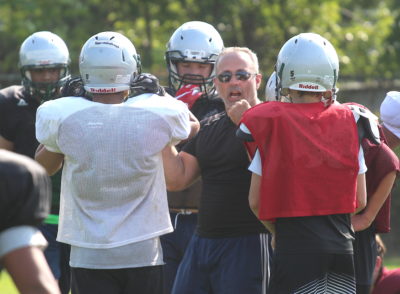 “We worked in the off-season with the kids to get them excited about it this year,” he said. “We had to pound the pavement and rustle some trees to see what came out, but we did it and we did it with the kids buying in to the idea of us having a good season.”

It was important to DiSanto and others to have a football program at the school.

“It’s a tradition at the school to be one of the premier football organizations in the north end and as a former player and graduate of Holy Cross, it was important for me to give the kids the same opportunity I had.”

Plenty of kids have decided to take advantage of that opportunity.

The numbers are a good mix of juniors and seniors, including five who played with St, Francis last season, leaving DiSanto optimistic about the season.

“I think we are going to be very competitive.”

Holy Cross will also see a number of additional players join the team after it was announced Thursday that Denis Morris wouldn’t be fielding a senior team this season. 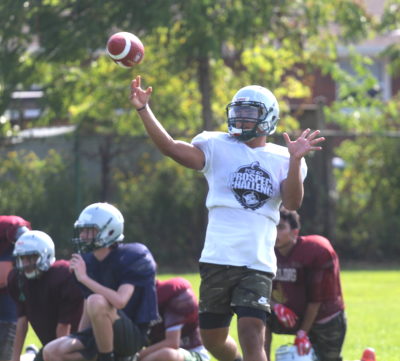 DiSanto, who has coached Niagara Spears for the past four seasons, has brought in people from the Spears organization to help him coach.

“That has been a big boost and it just creates more credibility and more belief that we are going to have a good coaching staff,” he said. “We are going to coach them up. That’s our job.”

“We have to give props to our principal, Andrew Boon, who has brought into our program too,” DiSanto said. “Andrew has been so supportive and it starts with him. He allows me to do what I need to do to create the program.”

Others members of the Holy Cross teaching staff have also been supportive of the endeavour.

“Since football went away, they have been pushing kids to come in and try it because they knew I was into it.”

One of the key players for Holy Cross this season will be Grade 12 student John Serrano, who will step in and play quarterback for the Raiders.

“He played Spears as a halfback and this year he has bought into playing quarterback for us because we need that leadership and security there,” DiSanto said. “He has taken the reins and he is also helping to coach now. He is like a player/coach.”

The 17-year-old Serrano, who has played five years in the Spears organization and was a Varsity starter this past season as a slotback/fullback, loves that football is back at Holy Cross.

“It feels amazing,” he said. “We have had a year off to rebuild and now that we have a lot of people eager to come out and play, I feel it is exciting for everyone to come out, learn football and have a good season.”

Like DiSanto, he thinks a football program is important to have at Holy Cross.

“It’s a good opportunity for people to come out and make some new friends, especially the freshmen and juniors,” he said. “It is a great overall experience.”

Serrano is excited about the opportunity to play quarterback. He last played the position with the Niagara Spears bantam squad.

“I love it and any and every opportunity I can get to play football and be a leader out there, I appreciate it.”

His friends describe him as a Russell Wilson style of quarterback.

“They say I like to run the ball a lot and I am really athletic when I run,” he said.

Serrano is optimistic about the season, but he’s not promising a championship.

“This group of guys our great and we’re looking good right now to win a couple of games and potentially make the playoffs,” he said. “We are getting lots of work in and they are learning the playbook inside and out.

“It’s a rebuilding year and we want to take baby steps and see where this thing will take us.”