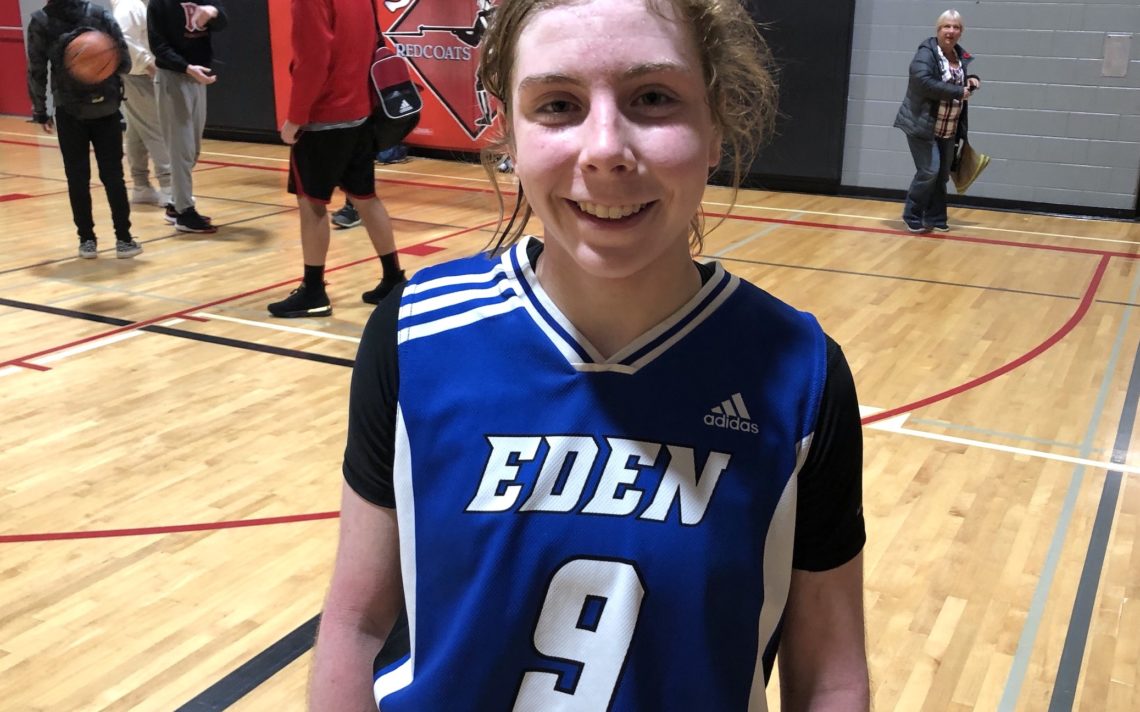 The Eden Flyers have come a long way in a short time.

The Flyers entered the season with no preconceived notions or expectations other than to work hard and attempt to develop as a team.

The Flyers knocked off the Governor Simcoe Redcoats 45-38 Wednesday at Simcoe to capture the title and earn a trip to the Southern Ontario Secondary Schools Association (SOSSA) playdowns next Thursday at E.L. Crossley.

“It feels good to say we’re zone champs,” Eden coach Brian MacIsaac said. “I’m really proud of the girls. They’ve been really dedicated all year, right down to the last few practices. They’ve all been there working hard.”

Eden guard Avery Cushing played a big part in the win with 15 points. 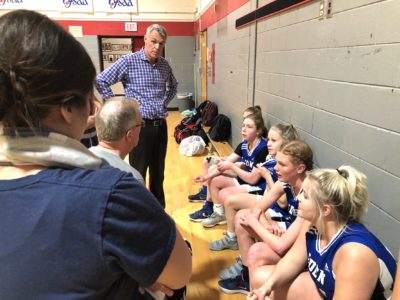 MacIsaac felt the win was the culmination of the hard work the Flyers have put into the season.

“I said at the beginning of the year we just wanted to get better every game,” he said. “Avery and Madalyn (Weinert) have so much experience and you know what you’re going to get every game, but we’ve had some really big games from some of the other girls lately. Morgan Cushing and Julie McNeaney, just to name two, have really stepped up and Erika (Rouse) too.”

Both MacIsaac and Avery Cushing felt the Flyers’ performance at the BPSN Girls Basketball Tournament played a big role in their development.

“We weren’t really sure (what we had),” Avery Cushing said. “When we played really well against Sir Winston (in the BPSN championship semifinal) even though we lost, we worked hard and it showed what we had to do as a team.”

MacIsaac felt the Flyers win in the quarter-finals of the tournament was key.

“I point to the game against BT (Blessed Trinity) in your (BPSN) tournament, that was a huge win for us and had a great game against Notre Dame that raised our level too,” MacIssac said. “This was our 21st game. We had three versus Sir Winston Churchill, three very competitive games.

“Obviously today was a very competitive game and we’ve had some others where we really stepped up.”

The Flyers led 12-11 after one quarter, 23-20 at the half and 35-25 after three quarters. The Redcoats tied the game at 36-36 with three minutes to play before the Flyers regrouped and outscored the Redcoats 9-2 down the stretch. 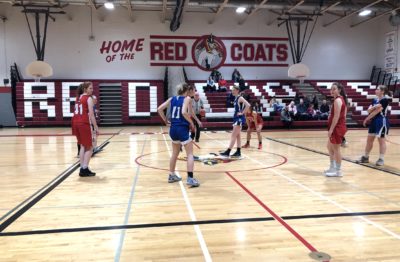 “They (Simcoe) are a well-coached team and I knew they would come to play and they certainly did,” MacIssac said. “It was a fitting game for a zone championship. It was close right down to the end. Give both teams a lot of credit.”

Avery Cushing also tipped her cap to the Redcoats.

“They’re just really good shooters,” she said. “They work well as a team and they know where each other are moving so you have to work really hard on defence with them.”

Simcoe coach John Ingribelli loved the effort put forth by his squad.

“Very proud,” he said. “We set a goal at the beginning of the year to get better. I thought Eden was the team to beat and we could play with them if we played our game — which we did. We just had some mental breakdowns in the third quarter but overall, we played with them for three quarters.”

Johnny Rocco’s/Mick and Angelo’s/Cracker Jack’s Players of the Game: Eden’s Avery Cushing with 15 points and Simcoe’s Jamie Addy with 19.

Up next: The Flyers advance to the SOSSA AA playdowns Thursday, Nov. 14 at E.L. Crossley.