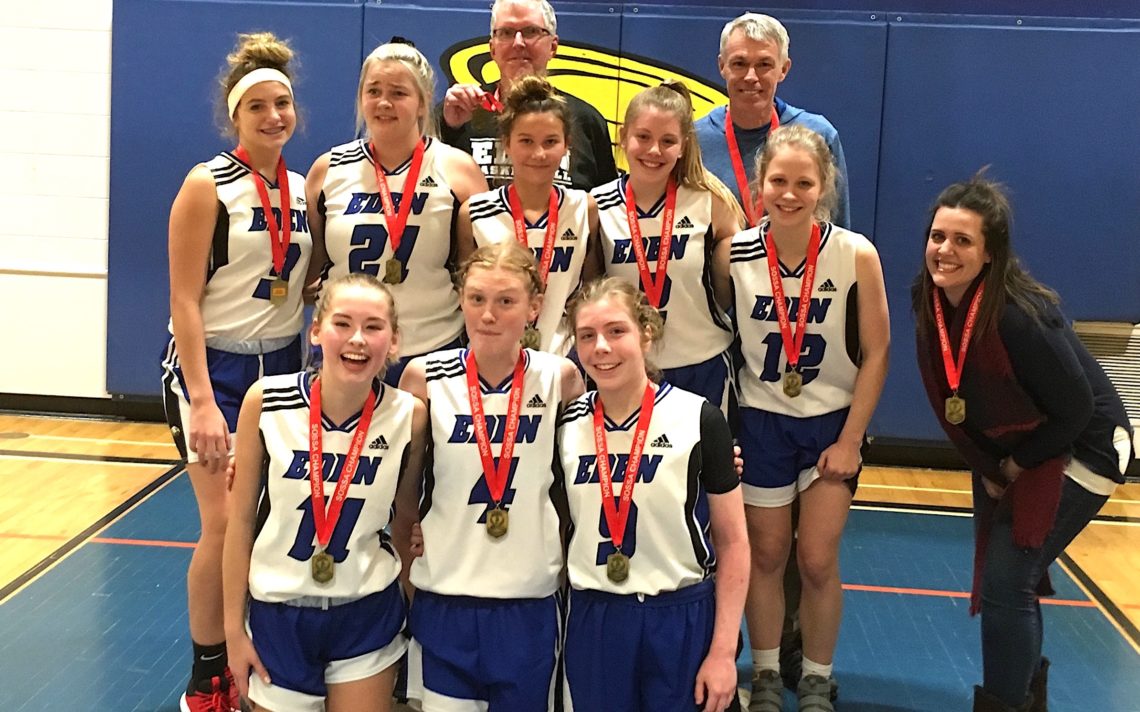 The Eden Flyers senior girls basketball team knows what it is going to get from its star players. 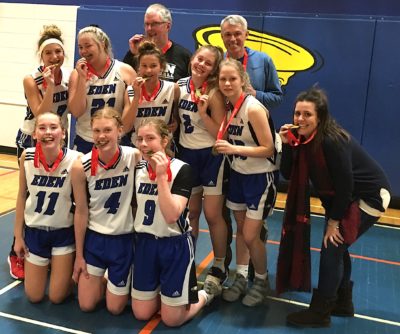 Madalyn Weinert is going to score, rebound and defend like one of the best players in Niagara and point guard Avery Cushing is going to run the offence flawlessly and defend equally as well.

On Thursday in the Southern Ontario Secondary Schools Association AA final against host E.L. Crossley, it was Grade 12 guard Julia McNeaney who gave the Flyers an extra boost in a 47-42 victory.

The 5-foot-6 guard scored all 13 of her points in the second half, including eight in the final quarter, to help Eden hold off the Cyclone.

“She has been a steady player this year and she has really stepped up,” Eden head coach Brian MacIsaac said. “I feel that she is a lot fitter, she plays way more minutes that she has in the past, and she has handled it quite well.”

McNeaney’s success this season is not by accident.

“She has put in the work this year,” MacIsaac said. “She has been to every practice and we have been working on shooting with her.”

McNeaney was ecstatic after the victory.

“It’s unreal,” she said. “All of us are on such a high right now because we have worked so hard and we have been playing together since Grade 9.

“To finally get to go to OFSAA (Ontario Federation of School Athletic Associations championship) together will be an unreal experience.”

At times this fall, the Flyers weren’t sure they would get to OFSAA.

“This season has been so up and down and we had some problems with commitment along the way,” McNeaney said. “We missed a few players for games but we did it.”

She was one player who didn’t lack commitment as she worked extra hard on her game this season.

“I have so much school work going on right now but I was always at practice and in the gym 3 to 4:30 every night working hard,” she said. “Just putting in the extra hours has made such a difference in my confidence.”

McNeaney would also go to World Gym in St. Catharines to work on her shooting and ball handling.

“It’s just putting the shoes on and working for as long as I can.”

She credits her coach for her improved play this season.

“I wouldn’t have been able to do it without Mr. MacIsaac,” she said. “He has been such an inspiration and he helps me work on my game.” 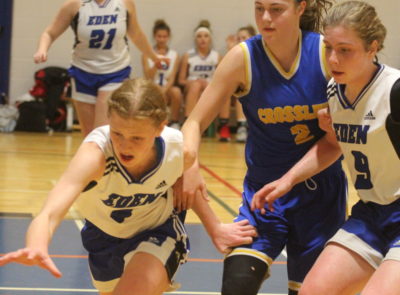 MacIsaac was delighted to be celebrating Eden’s senior girls’ first SOSSA title since 2016.

“I am so thrilled with how the game went and it’s hard to put it into words,” he said. “I have a great bunch of kids who put a lot of work in this year and went up against a team that was a very difficult matchup for us.

“I don’t think we could have played a better game.”

It was a far cry from a 19-point loss to Crossley in the Myer tournament.

“We looked after the ball so much better than the first time we played them,” MacIsaac said. “They were a couple of runs that Crossley had which we expected and we were able to weather them.”

“I feel bad that one team had to lose but it feels awesome.”

Only Avery Cushing was on Eden’s team when it last went to OFSAA. 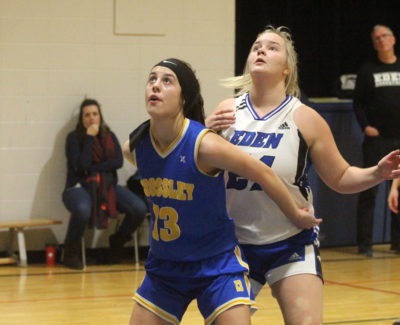 “It will be the first trip to OFSAA for all the other girls and I wish Crossley good luck too because they get to go as well,” MacIsaac said. “I am sure they will put on a good showing there because they are a very solid team.”

Crossley, which advanced to the SOSSA final with a 66-22 tripling of the Zone 2 champion St. Francis Phoenix, were done in by their season-long penchant for slow starts.

They trailed 14-2 at one point in the first half and went into halftime down 18-8. The Cyclone cut the lead to 36-35 with about three minutes left in the game, but that’s as close as they would get.

“It was a very slow start and we missed way too many shots and easy baskets in the first quarter,” Cyclone head coach Aaron Belding said. “It has been our Achilles’ heel. We haven’t been able to start with intensity and get the wheels going right off the bat.” 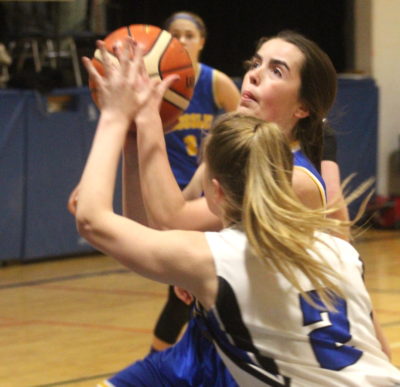 Belding wasn’t take much solace in the fact that his team also qualified for OFSAA as second seeds.

“Don’t get me wrong. I am glad that we are going to OFSAA, but I would have preferred to have gone on a winning note.

“The whole goal was to win SOSSA and going to OFSAA was the bonus part of it.

Belding would have loved to have started the way his team did in the semifinal victory over St. Francis.

“To come out the way we did this morning was fantastic, but it was the complete opposite this afternoon.”

Up next: Both teams advance to AA OFSAA next week in Kingsville.